Nicolais: We have one thing to be thankful for in 2020: Colorado voting 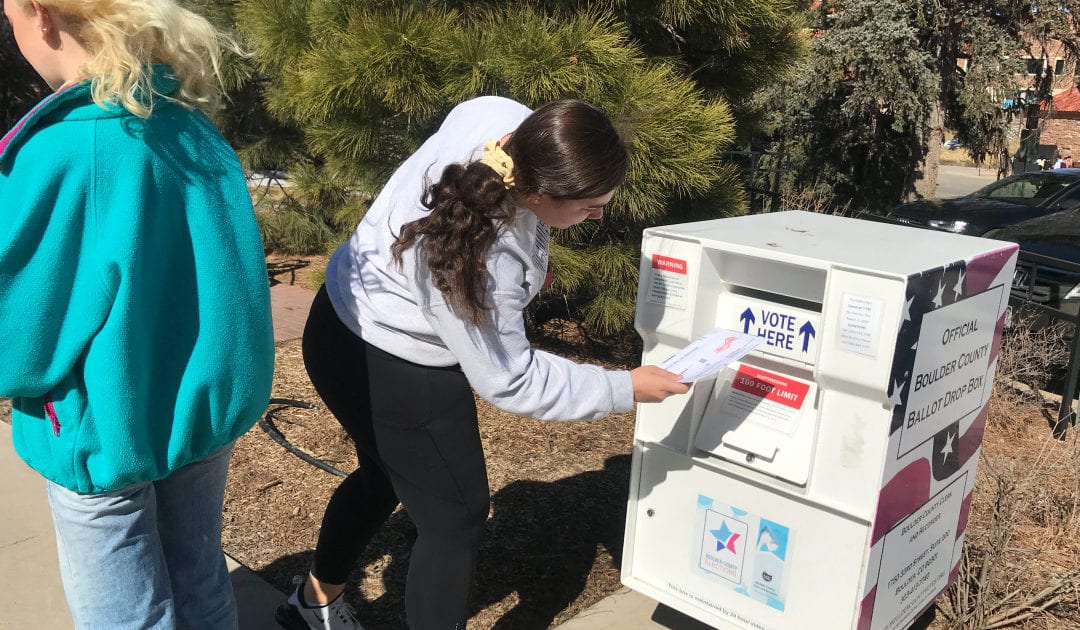 This past week I strolled out my front door, took a 10-minute walk and popped my vote in a ballot drop box outside the government center in Lakewood City Commons. Easy peasy.

Over the past few months, I’ve been working tirelessly with people across the country trying to emulate even a modicum of the ease Coloradans enjoy in their electoral system.

Simple things we take for granted constitute enormous struggles in other states. And even when circumstances create obstacles, we have plenty of resources available to overcome them.

Working with people across the country during this election has led me to more exasperated eyerolls than I’ve performed in the prior four decades of my life. Every day I come across some new issue or problem. Typically, my answer begins with, “Well, in Colorado …”

For example, several states have limited the number of ballot drop boxes to one per county. In small, compact counties that may not be a problem. But in large, geographically disparate counties that could present a challenge.

Even worse? Counties with large population centers. Think about everyone in Denver trying to use the same drop location for ballots. Now multiply it by seven and you have the situation in Houston.

Of course, that pales in comparison to the electoral disaster states like Pennsylvania and Wisconsin are courting by waiting until Election Day to begin processing mail ballots.

The spike in requests around the country due to COVID-19 concerns has led to unprecedented mail voting. As I write this, more than 50 million Americans have already voted.

As is well documented, Colorado’s pre-COVID-19 decision to adopt universal mail ballots – every active voter has a ballot sent to them via mail automatically – has not only made us safer, it has increased access and ease of voting. That in turn has led to higher turnout. Colorado ranks third in the country.

Our mile-high vote does not just magically happen, though.

Over the years, I have been effusive about the career civil servants who work in the Colorado Secretary of State’s Office. No matter whether the office is run by a Republican or Democrat, they do yeoman’s work year-in and year-out to make sure the systems at a statewide level run smoothly.

But the clerk and recorder offices in our 64 counties also deserve special mention. That is where the work of compiling voter lists, printing ballots, sending them to voters, organizing voting locations, dealing with mishaps and counting ballots takes place.

While casting my ballot was literally a walk in the park, there are of course hiccups. One person in my family is studying out-of-state and was listed as inactive in the county voter database.

The easy solution? Email, phone or chat online with an elections service representative. Hat tip to JeffCo Clerk George Stern who recognized that the office needed more phone representatives as more people called for help and in the interim directed voters to the chat feature where wait times were less than a minute.

In this unsettling year, the clerk and recorder offices across Colorado have made voting one of the few things that feels normal and regular. That is both an enormous accomplishment and a testament to their strategic planning.

And it is a blessing to the rest of us benefiting from it.

About the only concern most voters have left in our state is deciding which candidates to pick and how to vote on ballot measures. Luckily The Colorado Sun has that covered with an extensive voter guide people can use while filling out their ballots in the comfort of their own home. Yet another plus for universal vote by mail.

As states across the country continue to struggle with the 2020 election (because, of course), Colorado can kick back, relax and just tally one more reason we live in the best state in the union.