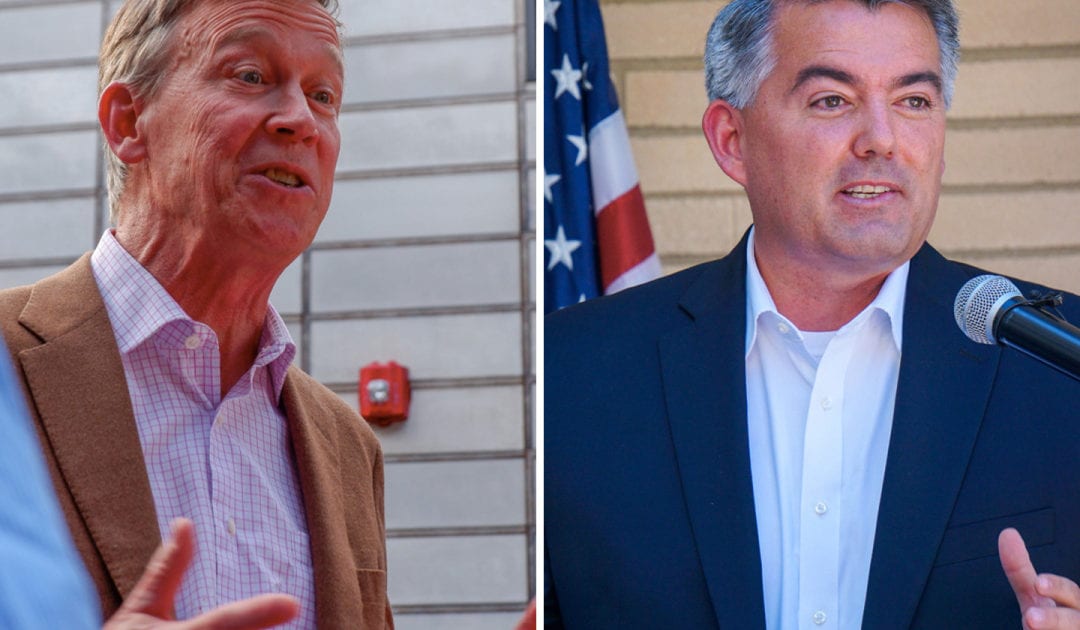 There is a moment in a recent commercial for John Hickenlooper when a tall, gangly white guy stands next to a much shorter Latino man. For the life of me, the only thing I can see whenever it comes on is Napoleon Dynamite and Pedro Sanchez standing in a locker-ringed high school hallway.

Given the purulent crop of campaign commercials for both U.S. Senate campaigns this year, it gives me the urge to write in a “Vote for Pedro.”

Much like my morbid love of direct mail flyers, I am a connoisseur of political commercials. During election season, I take bathroom breaks during network television movies just so I will not miss the latest 30-second spot.

Political commercials can be powerful. They may be moving or shocking or entertaining. The best catch the attention and form deep-seated impressions on the audience. Whether positive spots that highlight a candidate or negative cuts that tear them down, a good commercial can frame an entire election.

For example, on primary night in 2004 I remember sulking about the loss my candidate had just suffered. Our campaign general consultant pulled me from my wallow and asked my opinion on a commercial he had been creating for the presidential race that fall.

What I saw on his laptop was the first cut of the Swiftboat Veterans for Truth commercial that would rock John Kerry’s campaign that fall. Maybe the most iconic takedown commercial in modern political history, it grabbed viewers and demanded attention.

From the melancholy musical notes to the grainy shots of a young Kerry testifying before Congress and the overlaid response from Vietnam veterans captivated the audience. The images were seared into the campaign and Kerry spent enormous time and effort combating its claims. Many pundits believe to this day it cost him the Oval Office.

The “Man from Hope” commercial run by Bill Clinton in 1992 formed a connection between him and working class Americans that would propel him to the presidency. Likewise, Barack Obama channeled his incomparable oratory skills and soaring rhetoric into the “What If” commercial that framed his campaign as one of attainable hope for a united America.

A quarter century before Obama, Ronald Reagan’s “It’s Morning in America” drew a soothing metaphor that led to his landslide re-election. Ironically, it would be the foundation of 2020’s most devastating attack ad to date, the Lincoln Project’s “Mourning in America” revamp flattening Donald Trump.

Sometimes, the best commercials are simply quirky and funny. Hickenlooper has previously been a master of those ads. He jumped out of an airplane to stump for Referendum C in 2005 and may have contributed to drought conditions in Colorado with the number of showers he took in a commercial during his first gubernatorial campaign.

This year, Hickenlooper just hasn’t hit that sweet spot. In the commercial I started this column with, the story told by Jesusio Silva is certainly powerful, but the ad itself is not compelling. It seems more stock, created by cut-and-paste political operatives.

It was still better than the one when he looks as if he is about to leap through the screen, grab me by the lapels and shake me.

Luckily for Hickenlooper, Cory Gardner’s commercials may be even worse. In May, AAA forced him to tweak one for potential copyright infringement. In his latest, the always bubbly Gardner attempts a light-hearted attack ad while washing a car. Even the concept of a “light-hearted attack ad” would make most professional political operatives gag; either go hard on the attack or make a positive piece.

Maybe campaigns care less about television commercials in an era of social media and wire-cutting consumers. Or maybe the 2020 effect hammering all other areas of life has taken root in ads for Colorado’s Senate race as well.

Regardless, it seems I won’t be missing Pedro’s campaign speech just to catch another milquetoast Colorado Senate campaign commercial this year.

This story has been updated to correct the spelling of former President Barack Obama’s name.