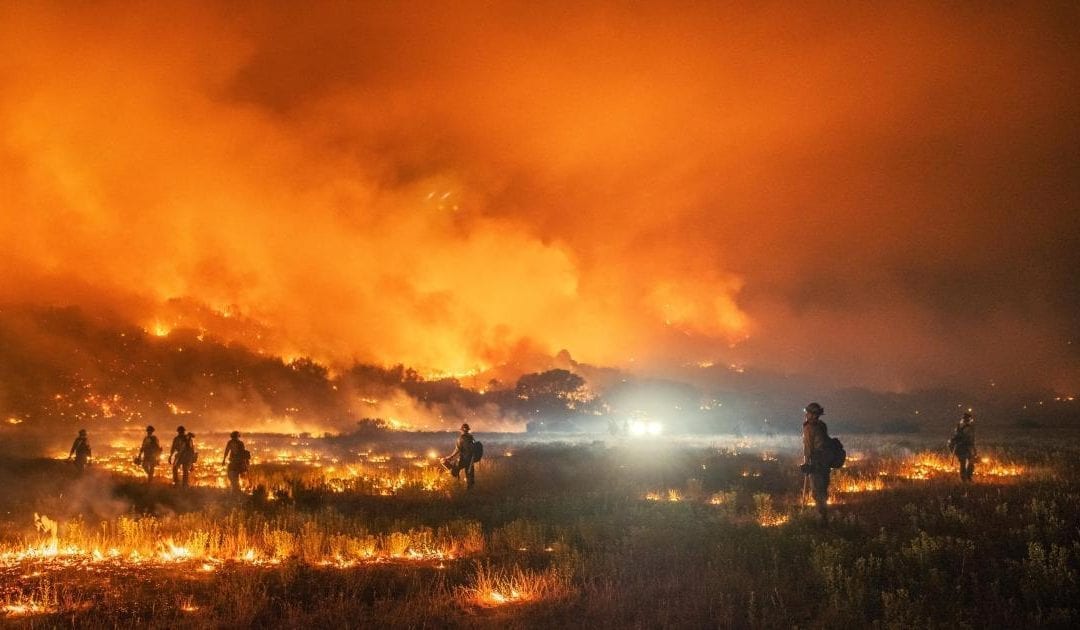 The blood red setting sun shrouded by smoky haze captured my attention as I walked by Kountze Lake in Belmar Park a few days ago. Combined with the sharp taste of acidic air, my mind immediately traveled back to 2002.

Nearly two decades removed from the moment, I still remember driving along the eastbound 6th Avenue ramp onto northbound I-25 and marveling at the transformation smoke from the Hayman fire caused to the city.

Thick ash smothered the overhead sun’s radiant light and created an otherworldly sensation as though I were trapped on a distant planet in a science-fiction movie. Looking back to the Denver skyline did not help.

Brown haze blurred the typically sharp lines of skyscrapers in the distance, a shimmering illusion that transformed the vibrant city into something bordering on post-apocalyptic. The distinctive cash register profile of the Wells Fargo Center seemed misshapen and melted.

Swiveling my sightline westward as I reached the onramp’s zenith, the mountains suffered similarly. The towering peaks covered in a suffocating smoke blanket were stripped of their grandeur. The jagged lines that cut into the sky muted by bent rays of light and transfigured into rounded crests compressed by the weight of the air hanging above them.

Though he later caught criticism for the comment, what I saw in that instant seemed to align with former Gov. Bill Owens’ off-cuff declaration that, “It looks as if all of Colorado is burning today.”

Colorado – like most western states – is accustomed to summer forest fires. Hot, dry climates turn our mountain playground into a tinderbox under the August sun. The past 20 years have been particularly devastating, with 19 of the top 20 in terms of acreage occurring during that period.

Forests filled with beetle kill pine mix dangerously with careless campers or afternoon lightning strikes. The Hayman fire itself, for now the largest in state history, began with the burning embers of a letter to a scorned Forest Service worker.

The terrifying beauty made by walls of fire running down hillsides, and subsequent devastation of scorched landscapes left behind, provide a common bond for longtime Coloradans.

That is why we begrudgingly comply with widespread fire bans that douse the summer ritual of s’mores cooked over an open campfire. It is why we canonize pilots swooping out of the skies and into the smoke to drop bellies full of flame retardant. It is why we cheer wet springs and full reservoirs.

Soon we will begin to assess damage caused by the most recent fires. While destinations like Hanging Lake narrowly escaped the blaze, many others did not. Several popular hiking trails could turn into cousins of the desolate Colorado Trail Segment 2 section that runs through the remnants of the 1996 Buffalo Creek fire.

Hopefully, homes and other structures will be spared the fate of those consumed by the Black Forest fire in 2013. Rebuilding after such destruction is difficult in the best of times, much less a pandemic and economic devastation.

While Colorado’s 2020 fires have burned primarily in rural areas, they remain mostly uncontained as of this writing. By the time my column is published, the Pine Gulch fire may overtake the Hayman fire as the largest in state history.

From here in Denver I am sure the particulate aftermath will continue float around us, a daily reminder of the searing pyres still burning in our expansive western forests.

The slight itch in my eyes and tingle in my throat as I take my daily walk will serve as a reminder that it is summer in Colorado. Even if the whole state is not on fire, enough of it is to make me pause and hope to see the red sun dip behind a rain cloud rather than the bleary horizon.