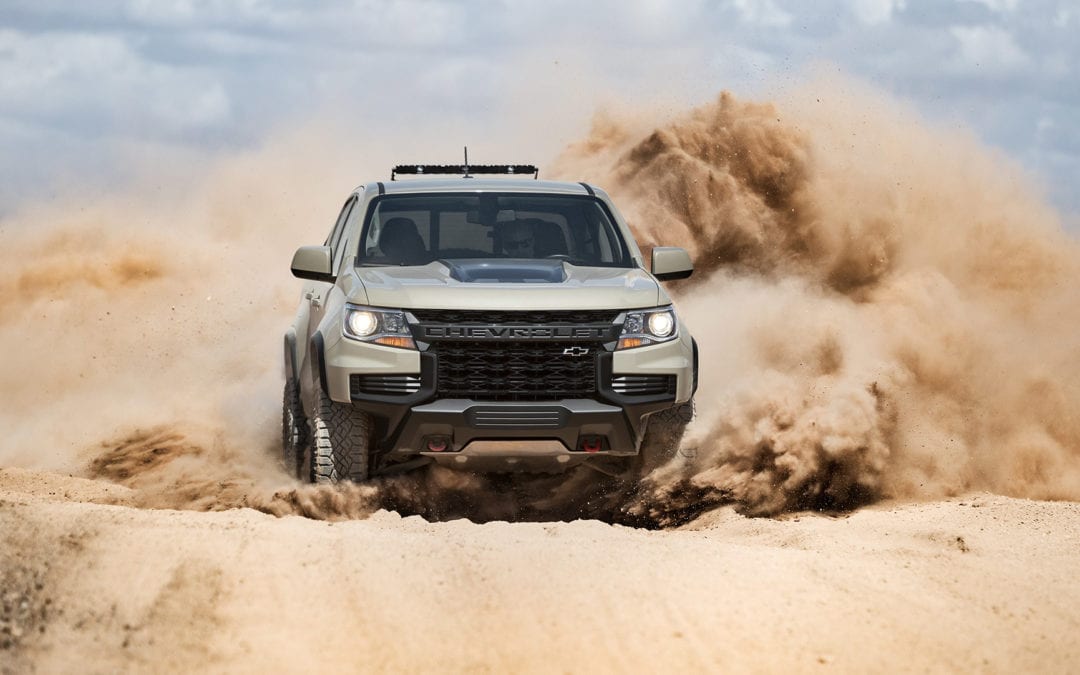 Unlike most of its competitors, the 2021 Chevrolet Colorado packs a slew of engine options—a base 2.5-liter four-cylinder, a 3.6-liter gas V-6, and a 2.8-liter Duramax turbodiesel. While the V-6 packs a mightier horsepower punch, the latter has more low-end torque for towing and technical off-roading. Buyers have their preferences, but if a report from is to be believed, none of these will be available in the next-gen Colorado or its GMC Canyon counterpart. Instead, the same turbocharged, 2.7-liter four-cylinder from the Silverado half-ton will supposedly be the lone power plant.

At present, the Colorado is offered with a top horsepower figure of 308 from the LGZ V-6, while the Duramax boasts 369 pound-feet of torque. The 2.7-liter turbo meets these two in the middle with 310 horsepower and 348 pound-feet, at least in its Silverado application.

Muscle Cars and Trucks claims that with General Motors evacuating its production facilities in Thailand, where the small Duramax engine is built, the 2.8-liter compression-ignition lump will be abandoned completely. In the U.S. market, the Colorado, Canyon, Chevy Express and GMC Savannah are the only models available with the four-cylinder diesel while the 3.0-liter Duramax inline-six is offered across Chevy and GMC’s half-ton pickup and full-size SUV lineups.

As for the V-6, it produces a respectable amount of top-end grunt, though its 275 pound-feet of torque is far off the Ford Ranger’s mark of 310 pound-feet. Jeep is expected to release a torquey EcoDiesel variant of its Gladiator midsize pickup before long, and Toyota’s future Tacoma is also anticipated to receive a significant power boost. With its rivals upping their offerings, it’d be surprising to see Chevy limit its small truck lineup to one engine.

Alas, the rumored 2.7-liter turbo Colorado would be paired exclusively to a 10-speed automatic transmission.

Keep in mind that the Colorado was just given a mid-cycle refresh for 2021 model year, so the next generation is at least a couple of years out. When it does come around, it’s said to ride on a modified version of the current 31XX platform, named 31XX-2.

Correction [Wednesday, April 22, 2020, 1:40pm ET]: A previous version of this story incorrectly stated that the 2.8-liter Duramax diesel four-cylinder engine is only available in the U.S. in the Chevy Colorado and GMC Canyon pickups. In reality, it is also an option in GM’s Chevy Express and GMC Savannah commercial vans. The relevant text has been updated.

Got a tip? Send us a note: tips@thedrive.com