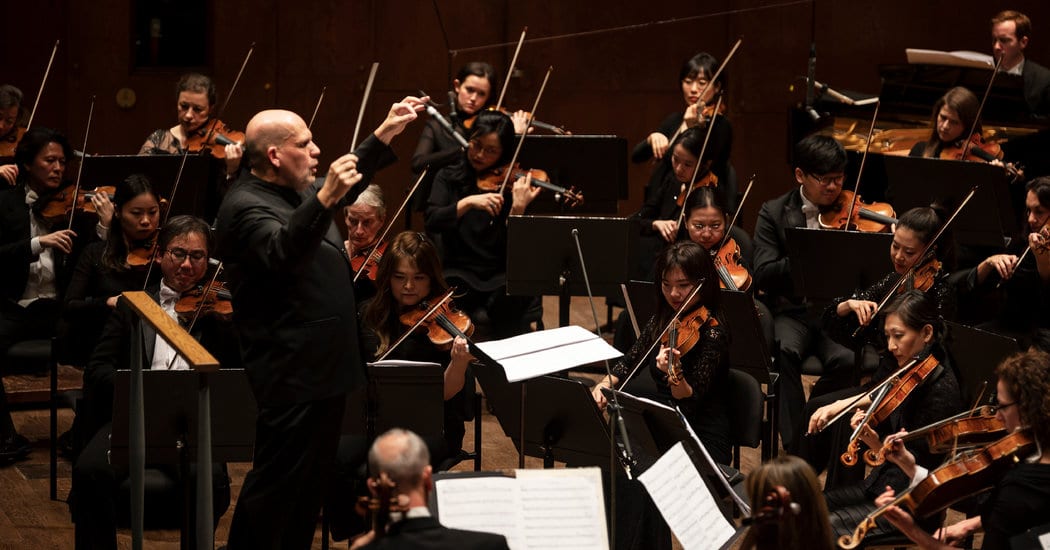 In canceling the season, which was to have run through the second week of June and included a European tour in the beginning of May, the Philharmonic said that its musicians’ health benefits would be maintained through the end of their current contract, in September.

But pay will be reduced in stages. The musicians will earn their full salaries through March, then receive the orchestra’s base pay (roughly $3,000 per week) in April and 75 percent of that amount (about $2,200 per week) in May. They and the Philharmonic will meet as conditions progress to determine compensation for June and beyond.

“We don’t know what this is going to look like,” said the trombonist Colin Williams, the chairman of the musicians’ negotiating committee. “Everything changes every 12 hours. So we’re going to have to get together and reassess.”

“The orchestra is our family,” Ms. Borda said. “It’s 100 people. It’s a different situation than the Met, which has close to 1,000 union employees.”

She said the orchestra would be working this week on a plan to further reduce operating costs, including potential pay cuts for senior management and administrative staff. Asked about the possibility of administration layoffs, she said: “I have not finalized that plan yet. The Philharmonic will reopen, and we need to have staff to execute that and put up the fall season.”

She added that the orchestra would encourage patrons not to seek refunds for their tickets to canceled performances, which add up to about $1 million in revenue. The Philharmonic is also turning to the challenge of preserving sales for next season, which it said had been strong before the outbreak.

“We’ll do all right at fund-raising,” Ms. Borda said. “Of course we’ll take some hits. But I’m more concerned about: Will people buy tickets for next fall?”

As part of their agreement with management, the musicians gave broad permission for the dissemination of archival recordings, which will be available through a new portal, NY Phil Plays On (nyphil.org/playson). And every Thursday evening, a past performance will be streamed on Facebook.

Ms. Borda was pessimistic about the fate of the Philharmonic’s outdoor concerts in city parks, scheduled for June, as well as its planned tour of China in the beginning of July, though neither has been canceled. More plausible, though still uncertain, are the orchestra’s performances at the Bravo! Vail Music Festival in Colorado, scheduled for late July.