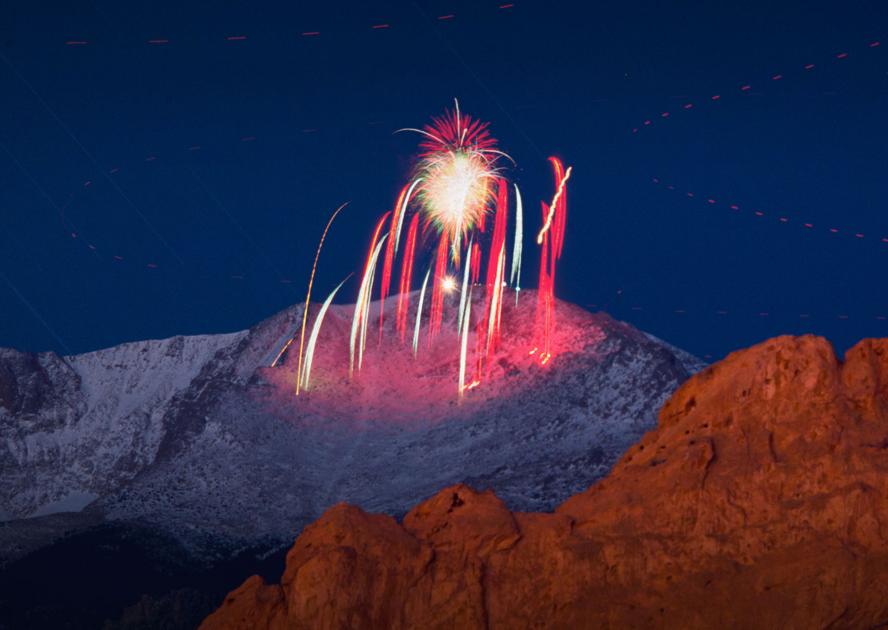 If he has his way, Ted Lindeman will be where he’s been almost every New Year’s Eve for half a century: atop Pikes Peak, fireworks at the ready.

Pyrotechnics have been a passion since he was a teenager in the 1960s, when he began tagging along with the revered AdAmAn Club. But now Lindeman plans to drive the Pikes Peak Highway rather than hike to the 14,115-foot summit, as has been club tradition.

After an AdAmAn record 50th climb last New Year’s, “my old knees are a bit unhappy,” the retired Colorado College chemistry professor said. “And I’m glad to leave a little more room on the trail for other guys.”

It’ll be appreciated among the 10 people set to begin the club’s 99th trek Dec. 31. That’s down from the usual number closer to 30, and it’s a day after the typical start.

“It’s definitely a strange year, but that should go without saying,” said Don Sanborn, another longtime member who also plans to drive instead of hike.

Traditionally, the famed fraternity of seasoned outdoorsmen heads up Barr Trail on Dec. 30 and stays the night at Barr Camp. In an effort to prevent the spread of COVID-19, they’ll skip camp and attempt the 13-mile trail to the mountaintop in one push, ideally arriving with several hours to spare before fireworks at the stroke of midnight.

If all goes accordingly, the trail cadre will meet another 10-person crew ascending the other side of Pikes Peak, following the highway from Glen Cove near 11,400 feet. The split arrangement — again meant to keep club members distanced — is believed to be a first in AdAmAn history.

It’ll be different from the familiar, chummy scene, Stuart said.

Usually, “you’re there for the group. You’re there to make sure everyone has a successful hike,” he said. “We stay together. If somebody’s struggling, we help. That kind of team building is part of the process. So I’ll miss that.”

He and others will miss the annual kickoff breakfast as well, another tradition for many decades. Now, along with getting COVID tests, they’ve agreed to feed themselves; the tasty spread always awaiting them at the Summit House has been nixed in this pandemic year.

While different, the hike along the Pikes Peak Highway is not new. With avalanche threats along Barr Trail, the club got permission to use the road in 2006.

In another change, highway staff might be on standby “in case we need to help punch a hole or something,” said Jack Glavan, manager of the city of Colorado Springs enterprise operating the highway.

“If it gets too bad above Glen Cove to where we can’t even plow or anything else, then we’ll recommend that they don’t continue,” he added. “But we’ll work with them on that.”

Plans are considered tentative pending COVID restrictions and, as always, Mother Nature’s whims. In 2010 a ferocious blizzard forced hikers to turn around.

That, the club maintains, was the only time the fireworks have been abandoned since 1922, when Fred Barr and four other men scaled Pikes Peak and rang in the new year by shooting 175 pounds of rockets and flares for all to see. They became known as the Frozen Five that snowy, blustery night. And henceforth, they enlisted a new member to the team every year.

The AdAmAn Club has long honored its founders with five colorful blasts at 9 p.m. To celebrate Colorado Springs’ sesquicentennial in 2021, the group is set to launch 150 shells at 9 p.m. — on par with the ultimate show at midnight.

The 150th birthday is an occasion the city’s enduring fellowship does not want to miss.

It’s about “showing perseverance through adversity,” Sanborn said. “A good thing to think about with the whole COVID thing.”

Said Stuart: “We had a discussion a couple of months ago about whether we should be doing this at all. But we thought about how it’s been such a hard year, and the message we’re giving is for a happy new year. We want to give some hope to the region.”

So dwellers below will look to the mountain as they’ve always done, as Lindeman has done since he was a kid, a wide-eyed spectator before he was the one up there, putting on the show at the end of years both good and bad.

“Pikes Peak is a heck of a charismatic rock,” he said. “For us to be attached to its wonderfulness in kind of a permanent way … It’s almost a sacred trust I suppose.”