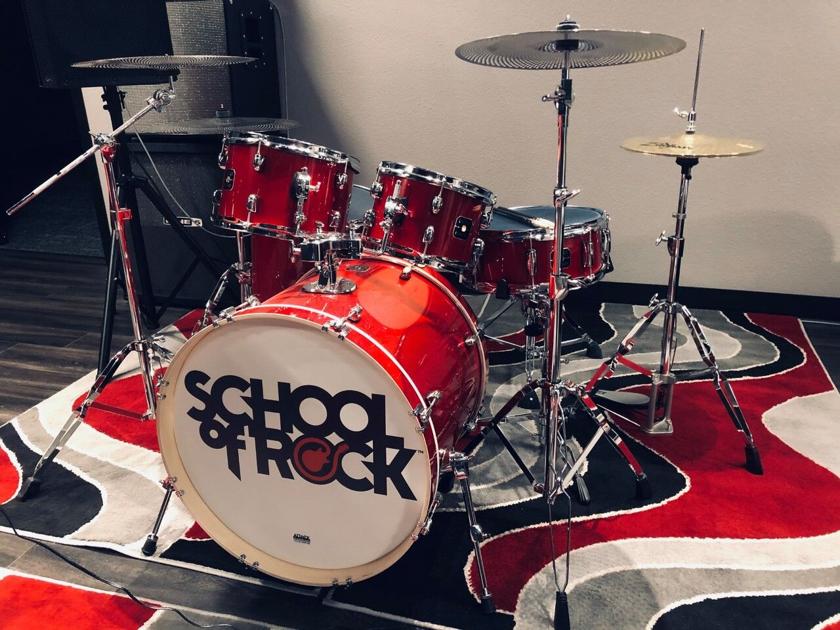 Since opening in October, the school has become a buzzing spot for learning and playing music.

“Students were attracted to School of Rock because they were looking forward to trying something new after all that time at home during the lockdowns,” Baylee Parks, studio coordinator with School of Rock, said. “They were ready to get out and do something fun.”

School of Rock has enrolled about 100 students of all ages. The school welcomes children as young as 3 up to adults.

And they’re ready to show off what they’ve been up to. The Colorado Springs location of the popular franchise — with more than 250 locations in total — will host its grand opening Saturday.

The event will feature outdoor live music from student bands as well as guided tours through the facility, offering a peek into what happens daily at the School of Rock. There will also be raffles and giveaways for free lessons.

“We want it to be a fun party for everyone,” Parks said. “It’s an awesome opportunity for the community to see what our school looks like running and going.”

As those who have watched the “School of Rock” movie starring Jack Black could guess, it’s nothing like a traditional school.

“We are not a conveyor belt of people coming in for lessons one after the other,” Parks said. “We’re a community of musicians.”

When students join, Parks and other staff will say something like, “Welcome to the School of Rock family.”

In this family, anyone is welcome whether they’re never touched an instrument or they’ve taken years of music classes. Along with one-on-one lessons, students of similar ages form a band. They each learn a set list composed of rock ‘n’ roll hits as well as songs from other genres and rehearse together each week.

That is what sets School of Rock apart from other styles of music education, Parks said.

“These kids work hard to make sure they sound like an actual band,” she said. “They’re constantly learning new material and working toward a new goal.”

For someone like Parks, who started taking piano lessons at a young age, learning how to be a performer — not just a musician — is “super valuable.”

“I wish I would’ve had something like School of Rock,” she said. “I always tell the kids that they’re starting off on a way better footprint than me.”

The bands have several concerts on the schedule per year. The School of Rock’s first live show will be May 16 at Sunshine Studios Live.

That will be another day for celebration. But first is the grand opening, which will be marked with a ribbon cutting and guitar smashing at noon Saturday.

“I really think School of Rock will ignite a lot of excitement in our Colorado Springs music community,” Parks said. “We hope it amps up our music community.”