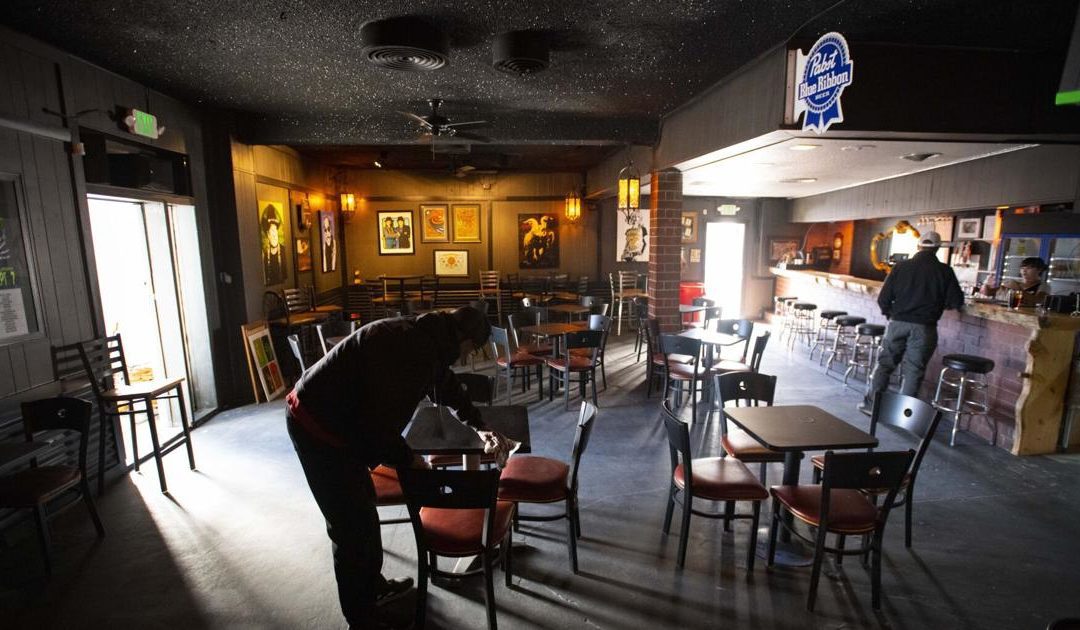 The dive bar long known as a go-to stop when seeing a show at The Black Sheep is now another place to see a show.

Vultures, a restaurant, dive bar and concert venue, is slated to open this week at 2100 E. Platte Ave., formerly the site of Angry Pirate Bar and steps away from The Black Sheep.

That’s convenient for Geoff Brent, who owns The Black Sheep and is a co-owner of Vultures. He’s teaming with Mike and Aspen Nipp, the husband-and-wife team that have a history of building beloved dive bars. They co-founded The Burrowing Owl, the vegan restaurant and bar on Eighth Street.

“(We’re doing this) because we believe in our neighborhood,” Brent said. “And we wanted to give people a great before and after show party spot, as well as bringing a quality food option closer to us.”

All three owners are familiar faces in the Colorado Springs scene and have been friends for more than 20 years. For most of that time, Brent and Mike Nipp have played together in various bands.

Now they’re combining forces to launch the newest music venue in Colorado Springs. Brent describes Vultures as an intimate space with a mellow environment. It comes with a small stage and a capacity of 150 people, much less than the 450-capacity venue next door.

For The Black Sheep’s little sister, Brent wanted a place to host up-and-coming bands to “give them roots in the city” with the goal of growing enough to play a bigger room, aka The Black Sheep, in the future.

Brent, who also books shows for venues in Denver, sees this as a way to strengthen “the pipeline” between Denver, Boulder and Colorado Springs. His goal is make it more of a routine for bands based elsewhere in the state to build a fan base here.

Unlike The Black Sheep, with a busy calendar of more than 20 shows per month, Vultures won’t be the place to see live music on any given night. Brent said they’ll focus on quality over quantity.

“If a band is playing there, at least one person on our team is really excited about it. That’s an opportunity you don’t necessarily get at a proper venue like The Black Sheep where it’s kind of a catch all,” he said. “I want it to feel curated.”

Don’t expect typical dive bar food, either. The menu will initially include charcuterie boards, panini sandwiches, salads and soups, plus vegan options. The drinks menu will be a mix of cheap beers, wine and fancy cocktails.

Even when there’s not a show going on, Vultures will feel like a music-themed hangout with walls covered with flyers or posters from past shows in Colorado Springs.

Previously, the Angry Pirate Bar billed itself as a “concert pregame headquarters” for showgoers and musicians. One wall was covered with autographs from bands who played The Black Sheep.

As Vultures, the bar next door will have its own time in the spotlight. The venue’s first show is scheduled for Saturday and will feature Laney Lou and Bird Dogs, an Americana band based in Bozeman, Mont.