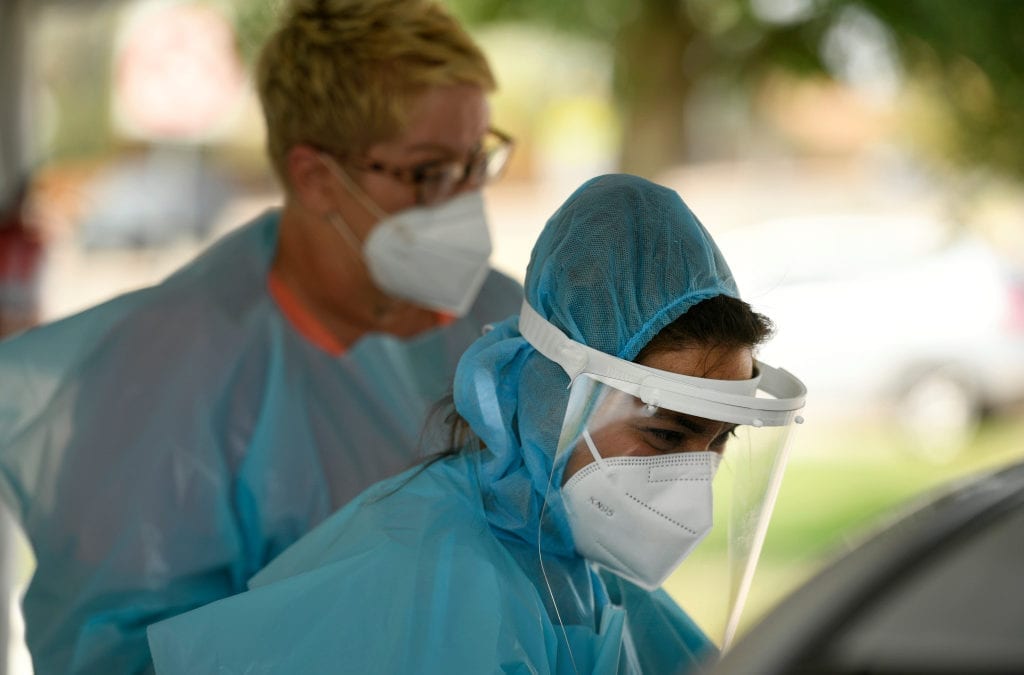 Colorado public health officials on Tuesday confirmed the presence of the new variant of COVID-19 first discovered in the United Kingdom, saying the state is the first to identify the strain in the United States.

The variant is believed to be as much as 70% more contagious, but not have more severe in symptoms, than previous strains of the novel coronavirus. It is also thought the COVID-19 vaccines the state began distributing earlier this month will protect against the variant, according to a news release from Colorado Gov. Jared Polis’ office.

Colorado’s state lab confirmed the presence of the strain in an Elbert County man in his 20s. The person is isolating and will remain so until public health officials clear him. He has no history of traveling, according to the news release.

“The health and safety of Coloradans is our top priority and we will closely monitor this case, as well as all COVID-19 indicators, very closely,” Polis said in a statement. “We are working to prevent spread and contain the virus at all levels.”

New variants of the coronavirus have appeared in the U.S. since the start of the pandemic. The concern with the one discovered Tuesday is that because it appears to be transmitted at a higher rate, it could lead to more cases and hospitalizations, said Jasmine Reed, a spokeswoman for the Centers for Disease Control and Prevention, in an email.

“In addition to the reported cases in Colorado, we expect that there will be additional cases that are likely to be detected in the coming days,” she said.

Workers in Colorado’s lab identified the new variant in a test sample that was positive for the disease but in which they did not detect the signal for the “S gene.” The absence of the signal is a signature of the new strain and is what led scientists to flag the test sample for additional investigation. ‘

They then sequenced the viral genome in the sample and discovered eight mutations that are known to be part of the spike protein gene in the new strain, according to the news release.

The new strain, called B.1.1.7, has spread throughout the U.K. since September but it’s unclear whether it originated there. It was also discovered in Canada, Italy, India and the United Arab Emirates.

The new variant has pushed the U.K. into tighter restrictions and multiple countries, including Canada and France, have stopped travel from there. The U.S. also has announced travel restrictions, including requiring airline passengers from Britain to test negative for COVID-19 before their flight.

Colorado public health officials said they are investigating the case and are working to identify other potential cases through contact tracing.

“We are currently using all the tools available to protect public health and mitigate the spread of this variant,” said Jill Hunsaker Ryan, executive director of the Colorado Department of Public Health and Environment, in a statement.