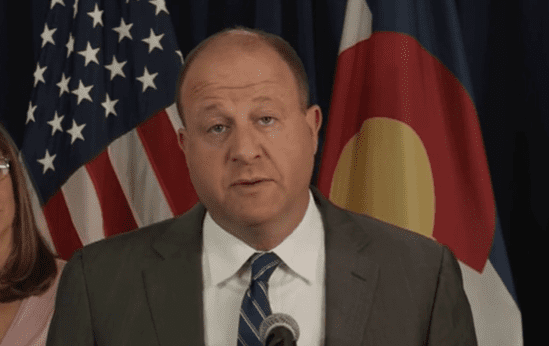 Sixty-seven community college students will also win scholarships as part of the state’s latest push to improve its vaccination rate.

Both programs are the second effort to provide cash benefits and scholarships to nudge the “wait-and-see” crowd, as Polis has described the dwindling share of the state who are neither opposed nor enthusiastic about vaccinations, toward inoculation.

Ten sites across Colorado will offer the gift cards to anyone who gets vaccinated there beginning Thursday, and the program will extend at least through Sunday.

Polis said families can get cards for each member who gets inoculated. Polis specifically shouted out Mesa County and other Western Slope areas that have been hit especially hard by the now-dominant delta variant, as being sites for the giveaways.

As of Polis’ announcement early Wednesday afternoon, the list of sites on the state website included one Mesa County location, though the governor said more were forthcoming.

In addition to the gift cards, five students at each of Colorado’s 13 community college campuses will be selected to win $1,000 scholarships apiece. Two more students, chosen from the entire system, will win $5,000 each, said Joe Garcia, the chancellor of the state community college system.

The programs are trimmed down but more expansive versions of the incentive efforts launched in June that awarded $5 million in prizes to five adults and $50,000 scholarships to 25 middle and high school students.

The vaccination rate continued to lag despite those programs, but the state still hit President Joe Biden’s 70% target by July 4. The nation overall missed that benchmark.

Though Polis initially touted the success of those programs in other states, he later said the goal was to keep vaccination rates level or at a modest decrease instead of a plummet. Asked about their efficacy Wednesday, he said he felt those two initial efforts “did meet expectations.”

The incentives, he said, are “not going to change anybody’s minds.” The goal is to reach those who have leaned on excuses not to get inoculated but are not expressly opposed, he said.

“What you will find is there are that 10% to 15% — and earlier in the contest it was like 20% — of folks who would say, ‘I’ll probably get it someday,'” the governor told reporters. “That’s who this is geared after.”

As of Wednesday afternoon, 3.3 million residents have received at least one dose, and more than 3 million are fully inoculated.

Polis said the push to vaccinate as much of the rest of the state as possible is “really a full-court press.”

Tara Trujillo, the campaign manager for the vaccine, said state leaders were still “flying high” after hitting the 70% mark by Independence Day. The state is now averaging 3,000 to 4,000 a day, she said, a far cry from the weeks of 50,000 daily doses.

But it’s a reflection, state officials have said, of the dwindling pool of people interested — or at least willing — to get vaccinated.

Trujillo said the state was running TV and newspaper spots, as well as ads on Snapchat, TikTok, YouTube and other social media platforms.

Colorado’s youngest residents have consistently lagged behind the rest of the pack in terms of vaccine uptake, though the youngest group — those between the ages of 11 and 17 — have only been eligible since late May.

Those in their 20s are also behind, matching a trend seen elsewhere. Many in that age group were also among the last to become eligible in April.