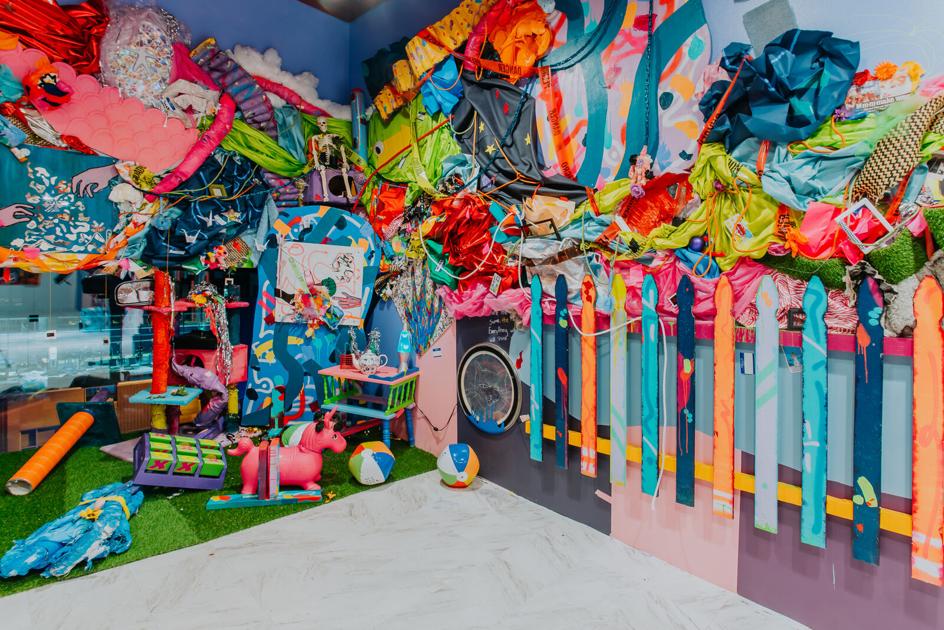 There are a lot of words one might use to describe the last 18 months, though some of them might not be fit for print.

In “U OK?,” the new exhibit by University of Colorado at Colorado Springs’ Galleries of Contemporary Art, seven Colorado Springs and Denver artists use a wide range of media to express how they felt about living through the pandemic. The show opens during First Friday Downtown with a free reception from 5-8 p.m. It will be up through Aug. 6.

“We wanted to recognize all the individual coping we went through in the last year,” said the exhibit’s co-curator, Stephanie Von Fange, who created the show with Christine Flores.

“The idea behind the title is the least amount of energy you would use through text to check in with somebody. It was this idea of preserving mental, spiritual and physical health, while also maintaining a sense of togetherness. We also want to celebrate communal perseverance through this.”

Springs artist Kailani Dobson must have had a premonition about quarantine. Right before the virus took root and people began to grasp the impending doom, she made a short film about how humans need to rest more.

“That’s not what I meant,” said Dobson with a laugh.

With everybody holed up inside, Dobson, formerly a barista whose industry shut down, made the most of her situation by indulging her artistic side. She made two more short films with her partner, Robert Stokes. The second revolved around what it felt like to be stuck in a loop, doing the same things every day for days on end, with no new people to influence or change the routine. And the third, a more recent project, detailed what it felt like to slowly emerge from the pandemic.

“It’s a film about those moments of being back in society,” Dobson said, “but it’s kind of weird because we’ve all developed strange habits over the past year.”

Dobson, a dancer by training, calls them “movement films,” in which she explores her themes through modern dance.

In her piece, “Descent,” she’ll project an eight-minute loop of those three films against a 5-foot-by-5-foot screen she created from old lace drapes. She calls it a “film triptych.”

The exhibit also will feature Denver artist Koko Bayer’s mural installation “Project Spread Hope: Pink Lemonade Hope.” The 12-foot-by-12-foot vinyl mural features the word “Hope” in bright yellow and red colors, and will be placed on windows at Plaza of the Rockies, 111 S. Tejon St. Bayer launched her project in May last year, and has installed more than 300 murals throughout Denver.

“The message of hope has spread across Denver,” Von Fange said. “She created it in response to COVID-19.”

Another Denver artist, Katy Batsel, was able to find a little humor in the last year. Her mixed-media piece, “Masked Quarantina,” features a blue-colored puppet with long, flowing, heather-blue hair and a large mouth. Batsel created the inanimate dummy as a parody of Instagram social media influencers, and what they might have been doing at home during quarantine. This gal has her own Instagram page (@quarantinabb), where she posts regularly about drinking rosé and coupling up with other puppets.

“We have lot of works that are absurd and humorous,” Von Fange said, “but also speak to the ridiculousness of last year.”