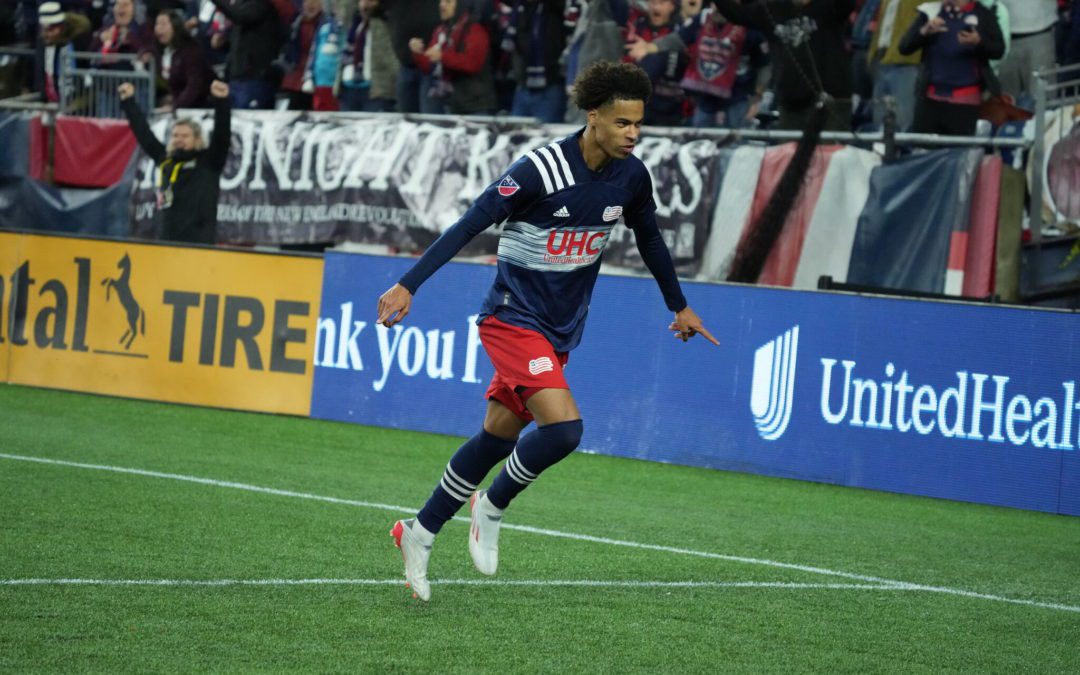 Wednesday night at Gillette Stadium proved to be a historic night for the New England Revolution. The Revolution defeated the Colorado Rapids 1-0 and with the win, they now have 73 points on the MLS season thus setting a new MLS single-season point record (72 pts previously earned by LAFC). New England still has one match remaining as they are currently 22-4-7 overall and 12-1-3 at Gillette.

“Kind of remarkable,” said Revolution Sporting Director & Head Coach Bruce Arena on the team setting the MLS points record. “I mean, I said that to the team, ‘Man, what a shitshow I inherited in May of 2019.’ To think how far they’ve come, is kind of remarkable. It really is.

Prior to the match, the region was hit by a Noreaster with heavy wind and rain knocking out power for hundreds of thousands of area residents. This made for a wet, cold, and windy match at Gillette with just 10,199 tickets sold. The Rapids hadn’t been to Gillette since 2018 and the 2021 version of Colorado is a chippy hard-fighting team that went toe-to-toe with MLS’s best.

In the first half, the Revolution had more chances and if it weren’t for the backline heroics by the likes of Henry Kessler and Andrew Farrell there may have been a counter-attack goal or two for the Rapids. Colorado had a number of strong first-half challenges and that physicality was on display throughout the match.

New England seemed to just miss the game-winning goal by inches on a handful of occasions and it wasn’t until the 74th minute that they broke thru. Ema Boateng who came in the game off the bench found Adam Buksa who then had a chip of a cross across the 18-yard-box to Tajon Buchanan who went far post for the goal. This was Buchanan’s eighth goal of the MLS season.

“Well, he’s come a long way,” said Arean on Buchanan. “I remember telling him at the end of 2019, I was on the field with him one day in training at the end of the year, and I said, ‘Tajon, there’s no reason to believe that you can’t be playing on our team on a regular basis next year.’ I could see the talent he had, it just wasn’t coming together and there’s still ways to come, but you could see the potential he had as a player.”

For the Revolution, this match broke a season-long clean sheet drought of eight matches with Matt Turner making four saves in net against an expected goals against of 0.78. This was Turner’s fifth clean sheet of the season and his goals-against average has dropped to 1.26 in 27 starts.

“Yeah, it’s really important to get that tonight and then focus on that as well against Miami,” said Revolution midfielder Matt Polster on the clean sheet. “Showing that we can string a couple clean sheets together going into the playoffs, because it’s going to be really close in those games, it’s going to be a grind just like it was tonight. So, we need to be really focused defensively so our guys up top can win us the game.”

Revolution Have Taken A different Path

Two very different teams but both had exceptional regular seasons. New England will have the chance to raise their points record in the season finale on November 7th against Inter Miami CF. The Supporters Shield winners after a Sunday draw against Orlando used a more “first choice” lineup against the Rapids. Expect a similar approach to the season finale given the lengthy layoff between matches. Following the finale against Miami, the Revolution will have another lengthy layoff due to the international window and a bye that they have earned in the MLS Cup Playoffs.

Another MLS record could fall in the season finale as Sporting Director and Head Coach Bruce Arena tied Sigi Schmid’s all-time regular-season win record of 240 on Wednesday night. Arena will have the chance to eclipse the late coaches’ record against Miami.