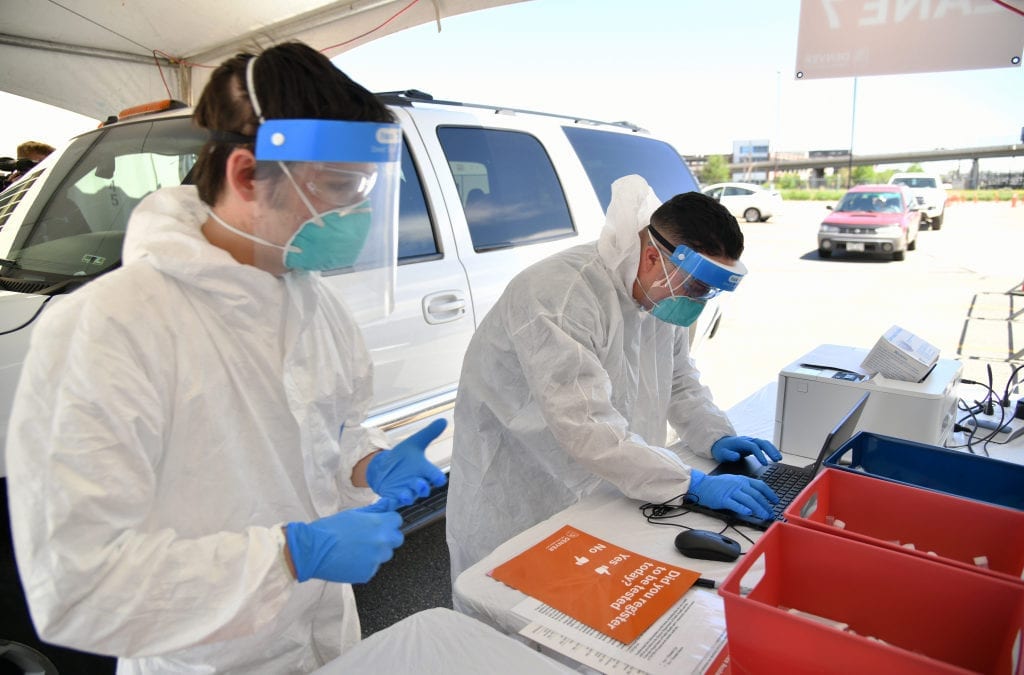 There have been 4,254 people hospitalized since the outbreak was confirmed in the state in early March, though only 335 people were hospitalized with symptoms of the illness as of Thursday afternoon, state data shows. That’s the lowest level of hospitalizations since March 29, when 332 people were in the hospital for COVID-19.

Only seven new patients confirmed with COVID-19 were admitted to hospitals across the state Tuesday, according to the latest available data. On Sunday and Monday, 16 and 15 new coronavirus patients were admitted, respectability.

Those are the lowest totals since Colorado began tracking new COVID-19 hospitalizations on April 12. In that first week of tracking, daily admissions for the new coronavirus were upwards of 250 per day.

More and more people continue to recover. At least 42 individuals since Wednesday either went home or were transferred to a lower level of care such as a rehabilitation facility, according to state data..

Colorado health officials on Thursday reported 1,421 people who had contracted COVID-19 have died since the new coronavirus was first confirmed in the state, and that death-certificate data shows 1,168 fatalities were directly due to the virus.

That’s an increase of 29 deaths of people who had the virus and 33 additional fatalities tied directly to COVID-19 over Wednesday’s tallies, though there’s a lag in reporting deaths to the state health department — particularly death-certificate data.

To date, 25,121 people have tested positive for or are believed to have COVID-19, the highly infectious respiratory illness causes by the virus, though health officials have said they believe the true number is closer to 167,000.

Colorado also hit a new high for testing on Wednesday, recording 7,153 tests between its state-run lab and private facilities. The testing rate — 125.6 tests per 100,000 people per day — is getting close to the 152-tests-per-100,000 people mark that public health experts say is necessary to safely monitor the outbreak.

Much of the testing has been focused on senior living facilities and other care homes, though Polis last week announced that anybody in the state showing COVID-19 symptoms can get tested for free. Officials have confirmed outbreaks at 272 contained facilities across the state, including nursing homes, jails and factories. That’s one more than the previous day.