New Colorado Music You Should Know – May Edition 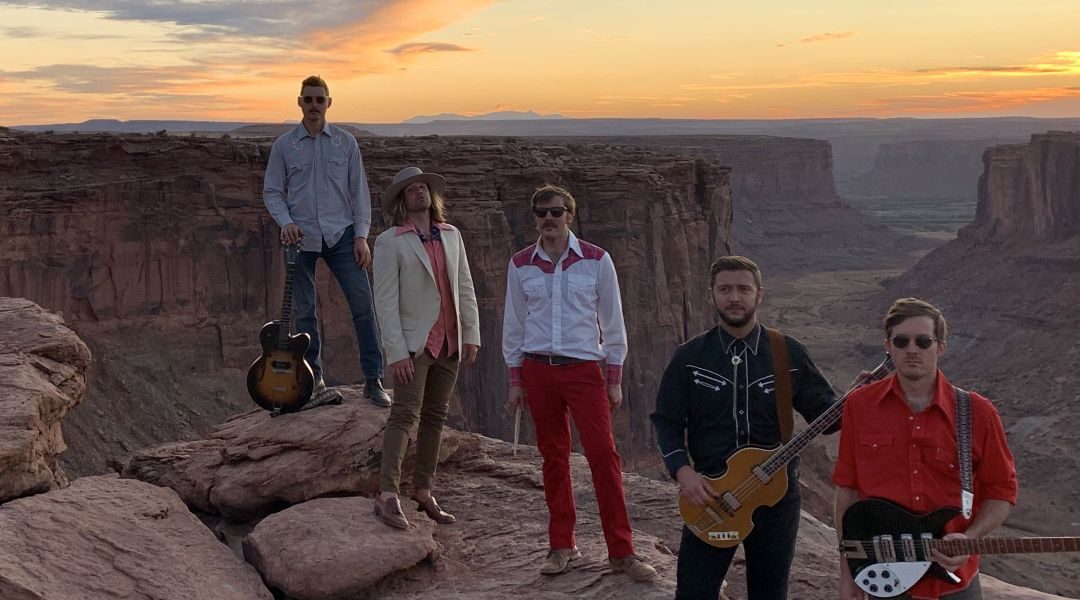 Welcome to our monthly series on new Colorado music. Every month we highlight five local musicians, five local music videos and five local songs. Go here to check out previous entries to the series. Are you a Denver artist with fresh music you would like us to check out? Send to Mariah.Hansen@303Magazine.com for consideration.

Despite the many heartbreaking months without live music over the course of the last year, Colorado’s local music scene has remained as active as ever. This month, we’ve rounded up an exciting array of talented rising artists and bold new releases from some of our long-time favorites. Spanning a variety of genres and catering to different moods, the local music scene has provided locals with a song to fit nearly every situation.

Be sure to check out their playlist below and don’t forget to follow 303 Magazine and like our New Colorado Music playlist on Spotify:

Five Up and Coming Local Acts

The solo project of Ivory Circle frontwoman Connie Hong, Fair Elle erupted onto the scene earlier this year with the release of her full-length debut album, I’m Sorry You Feel That Way. Recorded in the comfort of her home studio, the album finds a beautiful balance that will captivate listeners.

Tommy Guala began showing his musical talents when he was eight years old, learning to play the guitar. Developing his musical talents throughout his life, teaching himself to play bass and trumpet, Guala now progresses even further with the release of “Turntables,” a house-influenced alternative rock single.

If you’ve been listening to the radio lately, Fort Collins resident Joshua Dairen might sound familiar to you. After Indie 102.3 played his songs “Retro Love” and “Space For Two” he began rising to local notoriety – his most recent release, “Closer to Me,” is a touching tribute to his wife.

Following the release of their 2016 album, Please Take Offense, local ska outfit Then I Fly! has been relatively quiet. At least, until the recent release of their pandemic-inspired single “Godjam,” which highlights a new genre-bending direction for the band, providing locals plenty to be excited about.

A soft-rock duo based in Denver, Splitstep collaborates with others from the local music community to craft songs that everyone can relate to. With only a few singles released so far, their growing fan base can look forward to their upcoming debut album which the band’s social media profiles explain will explore the nature of what it is to be human.

Branching out to self-produce and self-record their own music, Hello, Mountain’s latest single, “Spiralling,” shows a more creative side of the local rock trio. The grooving track shows a glimpse of what fans can expect off their upcoming album, Swim, which is set to be released next month.

Working with six-time Grammy winner Vance Powell, Blakk Mantra layers groovy funk-inspired melodies over classic rock-driven guitar riffs on “Choos Your High.” The single offers fans a teaser of what to expect off of their upcoming EP.

For their most recent album, Separation Sessions, local band Eldren challenged themselves to give new meaning to familiar favorites. In “More of the Same,” the lilting song becomes reminiscent of the endless monotony that many of us experienced throughout the pandemic.

Wiff – “Comminique in the Sock Drawer”

Teaming up with a friend and his son, Wiff is the latest project from local musician Peter Higgins, who you might recognize as a former member of the local act The Lollygags. Revisiting music that Higgins wrote more than a decade ago, Wiff has finished the songs and released a full EP, titled Definitely in the Maybe Pile.

Inspired by an Aurora-based nonprofit organization by the same name, “Roshini,” remixes voices of youth in the neighborhood repeating the unifying phrase “Together we rise.” Staying true to the band’s overall mission, the song creates a sense of unity and delivers a compelling strong to action that inspires fans to work towards community-building efforts.

Cole Scheifele – “Back Then”

An intimate new release from Fort Collins folk artist Cole Scheifele, “Back Then” aims to capture feelings of stagnation without losing the glimmer of hope for what could be. Stripped down to just the acoustic guitar and gentle vocals, the video for “Back Then” is as honest and filled with longing as the song and lyrics themselves.

Walking through the ruins of her own destruction, YaSi laughs in spite of the chaos on “world is burning.” Inspired by her own experience of the drastic contrast of highs and lows throughout 2020, “world is burning” combines influences from throughout the local artist’s life, bridging her culture with her modern musical interests.

A charming new video from Boulder solo artist Dafna, “Sweeter” showcases the stylish pop singer making a phone call. Turning towards the camera, the phone call quickly turns into a confessional in which Dafna explores her own internal struggle.

A fusion of psychedelia and technology set the scene for Kronen’s video for “Love Buzz,” which washes viewers in waves of excitement for the return of live music with live footage of the band’s prior shows. Blending pop-rock and drum machine-driven electronic, “Love Buzz” is a sultry love song.