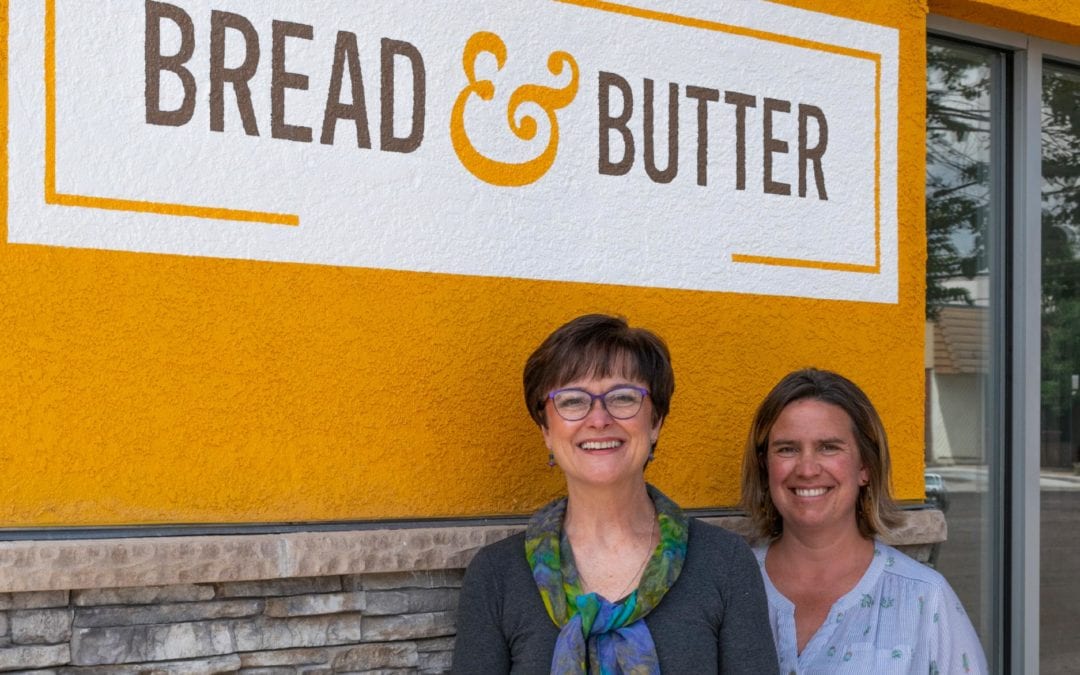 Long before they were business partners, Aubrey Day and Stacy Poore had the nearly identical dream of opening a neighborhood grocery store in one of Colorado Springs’ underserved communities.

Coincidentally, they each spoke of that dream to a mutual friend, who recognized the similarities and made an introduction.

“She said, ‘Hey! I know somebody else who wants to do this,’” Poore recalled.

“So she introduced us and we came together and found out that our visions for what we wanted to do were really well aligned.”

For about the past two years, Day and Poore have been working to make their dream a reality.

After consulting with business owners, securing significant funding and finding the right location, they’re on the cusp of doing so. Their joint venture at 602 S. Nevada Ave., Bread & Butter Neighborhood Market, is a small grocery and liquor store that’s tentatively set to open sometime in August.

Before teaming up, both Poore and Day had vast experience working in the world of food, albeit in the nonprofit and government sectors.

Poore worked for Care and Share Food Bank for Southern Colorado as its chief organizing officer, stepping down from that role last year, and Day worked on food access and policy in her role as the healthy environment planner for El Paso County Public Health. She officially moved on from Public Health in May to concentrate fully on launching the market.

While scouting locations in communities throughout town that lack access to healthy foods, Poore said she and Day explored several options, but were always “90 percent sure” they wanted their new market downtown, where there’s a lot of foot traffic and a large population, but also sparse access to food.

“If you look at the Downtown Partnership of Colorado Springs, the [Downtown Development Authority], [the Mill Street Neighborhood Plan] — all the places that are creating plans for the future recognize there’s no food in the downtown area,” Poore said.

“There’s been a significant amount of money leaving downtown because people are going elsewhere to buy groceries. So there’s a real need.”

They found the new home of Bread & Butter Neighborhood Market in what used to be the U.S. Department of Veterans Affairs’ Colorado Springs Vet Center. Inside the old building, office cubicles and cubbies were demolished to create a “blank canvas” of a space.

“We’re keeping it real simple,” Poore said. “We want you to focus on the food and the people.”

To get the business off the ground, Poore and Day originally tried a Kickstarter campaign but were unable to reach their $50,000 goal. Because Kickstarter is an all-or-nothing funding model, they forfeited the $12,500 pledged by 58 individuals.

Back at the drawing board, the pair invested their own money, found more investors and had to take out a small loan.

They also received a $30,000 grant from the DDA, which Poore said was originally intended to cover aesthetic exterior renovations like paint, signage and lighting.

“But then when we had the challenges that occurred with COVID … they came back and said, ‘Just use the grant to get open,’” Poore said. “So we’re very fortunate to have their support.”

The total initial investment to renovate, stock the store and get the doors open, Poore said, will be just shy of $500,000. Day and Poore said they had originally hoped to open Bread & Butter in May, but the timeline has been pushed back several times due to the pandemic, as closures of government offices significantly slowed things down.

Their current goal is to open in August, though Poore joked getting it ready in time might mean the store opens “Aug. 30 at midnight.”

They’ve started hiring employees and will seek to employ a staff of 15, including Day and Poore, who will work in the shop full time.

Once it’s finally open, Bread & Butter will sell Colorado-grown produce, meats and cheeses, spirits and craft brews, as well as pantry staples and pre-prepared meals. But what will set it apart from the big-box stores — aside from its much smaller size — is its emphasis on community.

“Our goal, first and foremost, is to be a well-respected and reliable grocery store but also to be an important part of this community,” Poore said.

“There used to be neighborhood markets all over this city, so we’re just bringing it back and hopefully showing that it can work,” Day said.

“It’s more than just bringing food … it builds community around it sort of organically. So maybe people will see that and get excited about it and can kind of bring it to their own communities as well.”