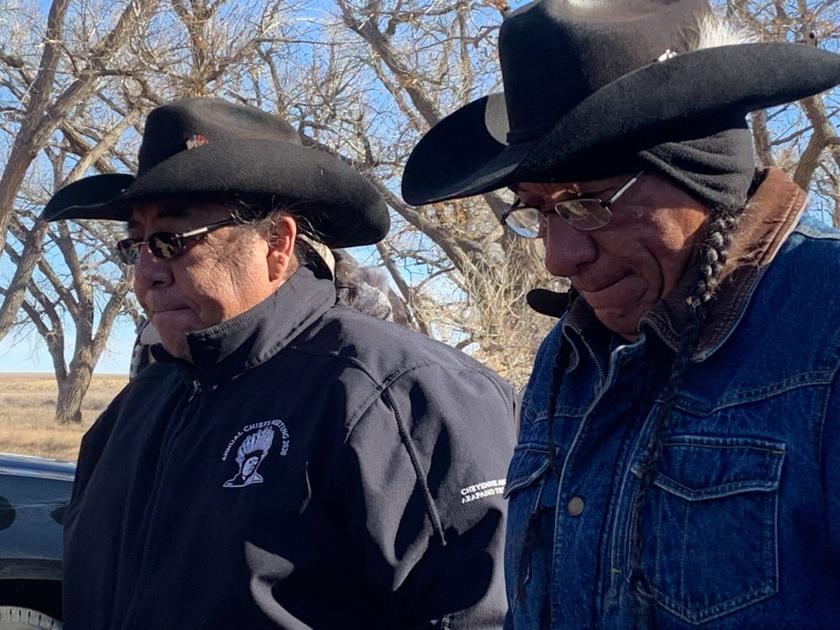 The National Endowment for the Humanities has awarded $400,000 to History Colorado to support a new, long-term exhibition that recounts the deadliest day in Colorado history—the 1864 atrocity known as the Sand Creek Massacre—with the voices of Cheyenne and Arapaho tribal members.

It will be the only exhibit of its kind in the United States to share the history of the massacre from the viewpoint of Cheyenne and Arapaho tribal members.

On Nov. 29, 1864, 230 Cheyenne and Arapaho, including 150 women and children, were slaughtered by 675 soldiers of the 1st and 3rd Regiments of the Colorado (US) Volunteer Cavalry, led by Col. John Chivington.

The massacre led to the resignation of Colorado Territorial Gov. John Evans, at the request of President Andrew Johnson. However, Chivington resigned from the Army and was never held accountable for the massacre or the atrocities that followed, including a parade of body parts through the streets of Denver.

Evans’ role in the massacre is why state and federal naming boards are considering proposals to rename Mt. Evans, with several proposals submitted by the tribes.

The NEH Public Humanities Project grant will fund an installation on the top floor of the History Colorado Center for at least five years, according to a news release from History Colorado.

“We have to acknowledge our history—including the darkest chapters—in order to heal and move forward,” said U.S. Sen. John Hickenlooper, who as Governor formally apologized for the Sand Creek Massacre on behalf of the State of Colorado. “This exhibit will ensure we never forget the horrific atrocity at Sand Creek, and by so doing help prevent us from repeating it.”

“It will include information about the lives of the Cheyenne and Arapaho people before the massacre, life today and our efforts to remember the massacre,” said Fred Mosqueda. “This NEH funding will help with this important work.”

“The ​Sand Creek Massacre​ exhibition will demonstrate that all people in the United States, tribal and non-tribal, can work humbly together to remember and begin to heal from the Sand Creek Massacre,” said Shannon Voirol, director of exhibit planning at History Colorado. “It will also offer universal, timely lessons that fear, racism, and stereotyping can and do lead to catastrophic consequences.”

The History Colorado Center had an exhibit on Sand Creek when it first opened in 2012, however, that exhibit was developed without adequate input from tribal representatives and leadership and closed shortly after opening.