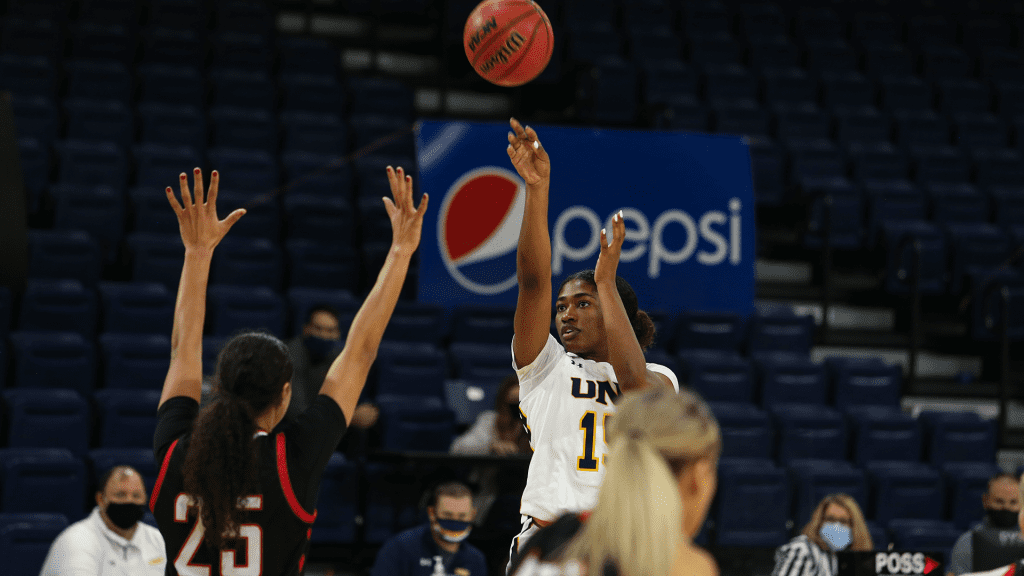 Nebraska-Omaha guard Claire Killian hit an inside bucket off an in-bounds play with 1.6 seconds left to help the Mavericks from the Summit League pick up their first win of the season.

Northern Colorado, of the Big Sky Conference, fell to 0-2. The Bears lost to Kansas 78-62 in their first game of the season on Wednesday.

“When you’re young, you have to build the right habits and habits form in practice and habits form in talking with one another,” said UNC coach Jenny Huth in a post-game interview on Pluto TV. “I’m excited for us to get into a better flow. It’s totally about us and we have some growth to do.”

UNC hosts University of Denver at 6:30 p.m. Tuesday. Nebraska-Omaha, 1-1 and a member of the Summit League, does not play again until early January.

Sophomore Jasmine Gayles led Northern Colorado with 19 points. She was the only Bears player in double figures.

UNC trailed 63-59 after a basket by Nebraska-Omaha’s Lauren Frost with 27 seconds remaining. The Bears then chipped away to stay in the game.

Gayles drove to the basket with 11 seconds left to cut the game to two points, 63-61. After Killian made 1-of-2 from the line — that left a chance for UNC — Finau connected with her 3 on an assist from Micayla Isenbart.

Isenbart and sophomore Alisha Davis led UNC with five rebounds each. Davis, a 6-foot-2 forward from Aurora, fouled out with 1:46 left in the fourth quarter after scoring six points. Davis led UNC with 18 points and 10 rebounds in the season opener against Kansas.