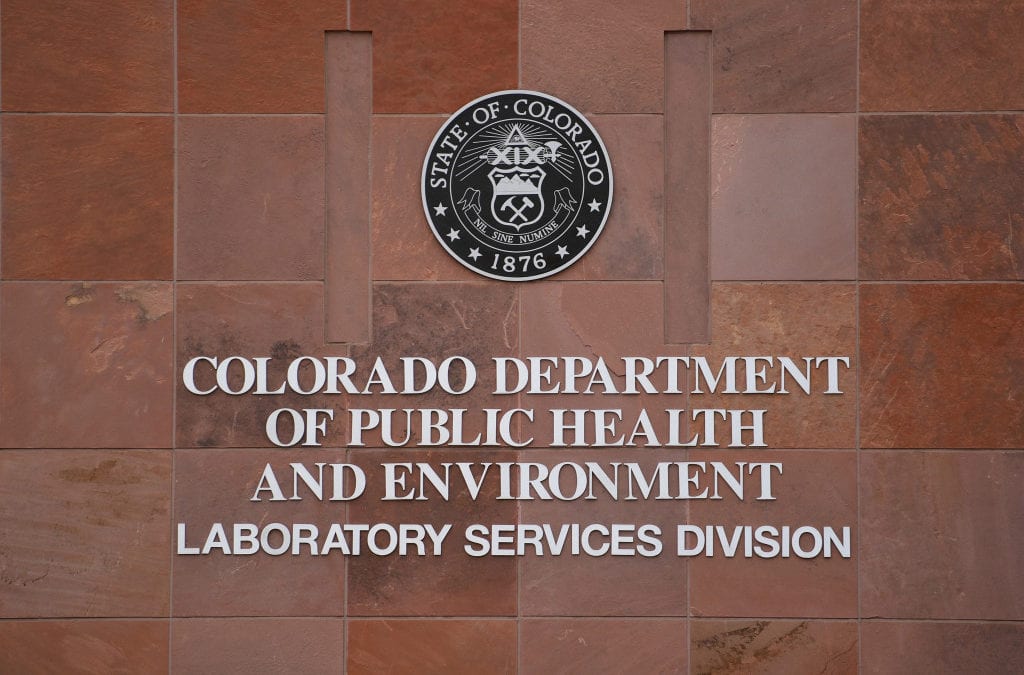 Nearly a quarter of the people reported as coronavirus deaths in state statistics don’t have the virus listed on their death certificates — at least not yet — the state Health Department said Friday, adding more uncertainty to how many people the virus has killed in Colorado.

The number of coronavirus deaths in state figures topped 1,000 earlier this week, and the number stood at 1,150 deaths as of Friday afternoon. But officials with the Colorado Department of Public Health and Environment revealed during a call with reporters that that number does not represent the number of people who have died due to COVID-19, the disease caused by the coronavirus.

“We recognize that there certainly has been confusion around this topic,” Dr. Rachel Herlihy, the state epidemiologist, said during the call.

But even this latest revelation does little to clarify the battle over the virus’ death toll, which has become one of the most contentious and politically rancorous fights of the pandemic. A Republican state representative has called for a criminal investigation of CDPHE. The coroner of Montezuma County joined the media call unexpectedly Friday to directly question state officials about their reporting of death numbers. And politicians and political activists across the country have engaged in heated debate about whether the pandemic’s toll has been inflated or undercounted.

The issue even drew a pointed response from Gov. Jared Polis at his own news conference on Friday.

“What the people of Colorado want to know is not who died with COVID-19, but who died of COVID-19,” said Polis, who has rarely expressed such public frustration with his health leadership before. “And the numbers are very close, of course. There’s only a few cases that we’re aware of where there is some gray area. But where there is a gray area, we should always use — for reporting — the numbers that come from the physician or the coroner that actually addressed the patient or inspected the body.”

At issue here are two different systems for reporting COVID-19 deaths, CDPHE leaders said. One — the one with the higher numbers — is an epidemiological surveillance system that tracks deaths of people diagnosed with the disease. The other — the one reporting lower numbers — is the more mundane recording of causes of death on death certificates by county coroners, doctors or medical examiners.

Dr. Eric France, CDPHE’s chief medical officer, said the state’s surveillance-system reporting is in line with federal guidance and matches how other states are also reporting deaths, allowing for a quick apples-to-apples comparison across states. Death certificate data also gets reported to the federal government, but it can take weeks or months for those numbers to trickle in. Having uniform surveillance definitions across states is vital for tracking the spread of the virus and allocating federal resources, France said.

“Having that standard measure so that I can be confident that the way we’re measuring it and the way it’s being measured in Texas or Florida is the same really is important for the whole nation in how it manages this pandemic,” he said.

The conflict between the two systems boiled over this week when state Rep. Mark Baisley, R-Roxborough Park, asked 18th Judicial District Attorney George Brauchler to investigate whether CDPHE broke the law by classifying several deaths at a Centennial senior living facility as coronavirus deaths, as first reported by 9News. In a separate report by CBS4, Montezuma County Coroner George Deavers said CDPHE classified an alcohol-poisoning death in his county as a coronavirus death.

Both men accused CDPHE of changing death certificates to add COVID-19. But CDPHE officials vehemently denied doing so, saying there was confusion about the different reporting systems. Death certificates are not public records under Colorado law.

The answer clearly didn’t satisfy Deavers, who joined the media call Friday and pressed CDPHE leaders for a better explanation.

“You guys record every COVID case that dies, whether that is the cause of death or not,” he said. “To my knowledge, you don’t do that with influenza, is that correct?”

Herlihy said influenza is reported differently but there are other diseases where the same dual-system reporting occurs.

“It is not uncommon that death certificates and surveillance case definitions for deaths of communicable diseases are sometimes divergent,” Herlihy told Deavers. “Most of the time, the cases … do line up very closely. But there can be slight discrepancies.”

To add to the confusion, Bol said he expects the numbers from the two reporting systems to “converge” over time. That’s because death certificates can sometimes take weeks to complete. So, it’s possible some of the deaths in the gap between the two systems might not have a death certificate yet.

Overall, France said, far too many people are dying from COVID-19 and that it is important to remember that “every number has a name.”

But Polis said he would order CDPHE to make changes to clarify its public death-reporting, though he called the idea of criminal charges for state health officials, “completely inappropriate.”

“Nobody behind a desk should ever second guess a coroner or an attending physician that lists a cause of death on a certificate,” Polis said. “The department will tell you they have to report that higher number to the CDC. They have to report under federal guidelines the number that have had COVID and died. But we should also make public the people who have died from COVID. And I’m going to make sure that they do that in a way that engenders the full confidence and support of the people of Colorado.”

The post Nearly a quarter of the people Colorado said died from coronavirus don’t have COVID-19 on their death certificate appeared first on The Colorado Sun.