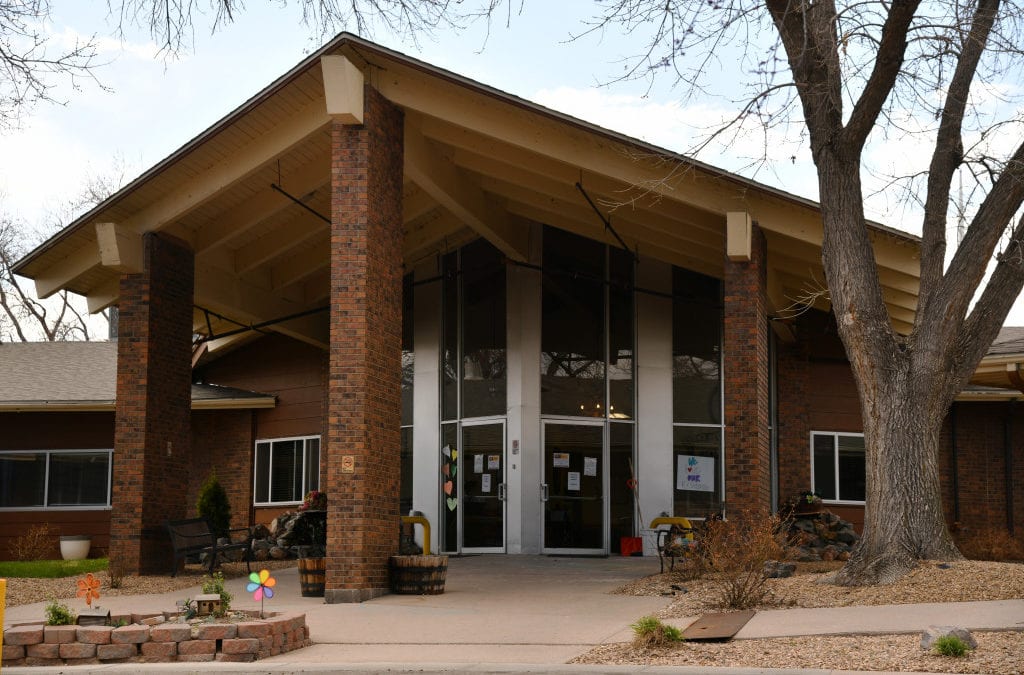 Nearly 40% of the people who’ve died of complications from the novel coronavirus in Colorado were living in nursing homes or residential health care facilities, according to the most recently available state data — with a single Greeley elder-care center reporting at least 14 COVID-19 deaths at its location alone.

The cumulative fatality data provided to The Denver Post by state health officials Friday only takes into account deaths recorded as of April 5, and a spokesman for the Colorado Department of Public Health and Environment cautioned the number of COVID-19 fatalities at such facilities is likely higher by now.

Officials at the health department believe at least 55 people living in residential and non-hospital health care facilities had died from COVID-19 as of April 5. On that date, Colorado officials said there had been 140 coronavirus-related fatalities in the state — making those 55 deaths 39% of the total COVID-19 fatalities at the time, the Department of Public Health and Environment confirmed.

Health officials did not break down where those 55 deaths occurred, and noted they include some tied to facilities that are not among the 59 currently included on the state’s list of known coronavirus outbreaks.

Of the 55 deaths at these senior living and long-term care facilities, 47 were confirmed cases, four were probable cases and another four remain under investigation, the health department said.

“There are other probable cases that have not been reported into the Colorado Electronic Disease Reporting System yet, so this is likely to be an underestimate,” state health department spokesman Ian Dickson wrote in an email on Friday.

Signs of support are displayed on the door of main entrance of Centennial Healthcare Center in Greeley on Friday, April 10, 2020.

Health officials long have been worried about outbreaks at nursing homes and assisted-living facilities, as older people are at a higher risk of contracting and dying from the new coronavirus. In the Seattle area, where the virus first took hold in the U.S., at least 37 residents died of COVID-19 at the Life Care Center nursing home.

Nationwide, at least 450 people living in long-term care facilities had died of complications from the new virus as of April 1, according to The Associated Press. In some cases, staff reported to work despite showing symptoms of the virus, or facilities failed to isolate residents who began coughing.

Staff who aren’t showing symptoms are probably a “major source” of infection in facilities, said Dr. Joseph Ouslander, a geriatrician and professor at Florida Atlantic University. Most facilities are checking all staff for fevers and asking about symptoms, but it’s not possible to know who might be able to transmit the virus without showing symptoms if there’s not widespread testing, he said.

The uncertainty is weighing on some people who work with patients. A phlebotomist who goes from facility to facility in Colorado taking blood samples told The Post she fears she could have infected patients after she was told to work while running a fever earlier this year. At the time, only people who had traveled to China were considered at risk for COVID-19, and she never found out what type of infection she said.

The phlebotomist, who spoke on condition of anonymity for fear of retribution, said she hasn’t been able to get tested, even though she’s visited nursing facilities with outbreaks. She’s worried about carrying the virus to her family, or to patients in other facilities.

“I’m scared to go to work right now,” she said.

As of Friday, the state health department has confirmed a total of 250 people now have died from complications of the new coronavarius. A more recent breakdown of deaths at nursing homes and care facilities was not available. Colorado health officials have noted that deaths are only announced by the state after they are reported up from the counties, and this process often results in a lag in data and what can seem like spikes in daily numbers.

Along with the 55 deaths, another 182 people at nursing homes and long-term care facilities by April 5 had tested positive for COVID-19, the highly infectious respiratory illness that is particularly aggressive in those over 60, the health department said.

Of those 182 cases, 172 were confirmed, four are probable and six still under investigation.

The state health department, in an email, also identified the 59 residential and non-hospital health care facilities in Colorado with confirmed outbreaks as of Friday. Arapahoe County, with outbreaks at 14 facilities, has the most of any county in the state.

The state considers nursing homes to have outbreaks when there are two confirmed cases of COVID-19 among residents, or there are two or more people inside the facilities with fever or respiratory symptoms within a two-week period, plus at least one lab-confirmed case of coronaivrus, officials said.

Colorado Gov. Jared Polis, center, walks with reporters and photographers on a tour of a 2,000-bed hospital under construction at the Colorado Convention Center in Denver on April 10, 2020. The overflow hospital, when completed, will be used for COVID-19 patients who no longer require ICU beds to ease congestion at local hospitals.

It’s not clear that any facility in Colorado has been as devastated by the pandemic as Greeley’s Centennial Healthcare Center.

Five more people who died there were not tested for the virus after their death or still have postmortem results pending, Impink said.

State health officials have said Colorado will continue to see increased deaths and new coronavirus cases, even as social distancing measures and the effects of Polis’ stay-at-home order come into view. Those strong measures have helped shift Colorado’s COVID-19 peak into May at the earliest, which would allow hospitals and state officials to keep health care facilities from being overwhelmed.

Earlier in the week, officials expressed cautious optimism that new coronavirus cases are beginning to slow, another indication that the distancing measures have proved effective. Still, the governor and other officials said the state is not out of the woods, and must continue to practice social distancing in order to stop the virus’ spread and begin to return to normalcy.

Facilities need to do anything they can to limit contact between residents, staff and anyone else who may be in the building, such as using telemedicine instead of bringing in a doctor, or assessing whether patients would be better off with fewer medications — and therefore fewer visits from whoever hands them out, Ouslander said.

Under orders from the governor, most Colorado facilities have limited visitors to people providing medical care, with exceptions for family members of residents in hospice. Ouslander said isolation isn’t good for older people, particularly those with cognitive impairment, but it’s a “necessary evil” while the virus rages.

“I think the short- and long-term effects of isolation are pale compared to a swift and unnecessary death,” he said.

Unfortunately, residents aren’t always cooperative with efforts to protect them, and there are limits to what facilities can do to force compliance, said a Denver nursing home administrator who spoke to The Post on condition of anonymity for fear of retribution. In one case at his facility, a new resident was ordered to stay in quarantine for 10 days to ensure she wasn’t carrying the virus, but there was nothing staff could do when she refused, he said.

“She was rolling around in her motorized wheelchair, telling staff and residents she hopes she gets them sick,” he said. “I’m responsible for the result, but my hands are tied.”

The administrator said he’s frustrated with a lack of help and resources like protective equipment from the state. Most staff are still coming to work and doing their best, even though they don’t have N95 masks to protect them while treating residents who could be sick, he said.

Residents, families and facility staff should discuss what the residents want to happen if they become seriously ill, such as whether they want to be resuscitated if they stop breathing, Ouslander said. If a facility has an outbreak, it’s not always going to be possible to transport residents to hospitals for care, so they need to have medications to ease pain and anxiety if a resident is going to die there, he said.

“There’s going to be a high mortality rate” in facilities with outbreaks, he said. “Some people who are infected deteriorate in hours.”

Despite the dangers of having many medically fragile people close together, bringing a family member home isn’t always the right choice, Ouslander said. Older people, particularly those with cognitive impairment, struggle with changes in their environments, and not every family is prepared to offer the care they need, he said.

“I think people need to be careful,” he said.