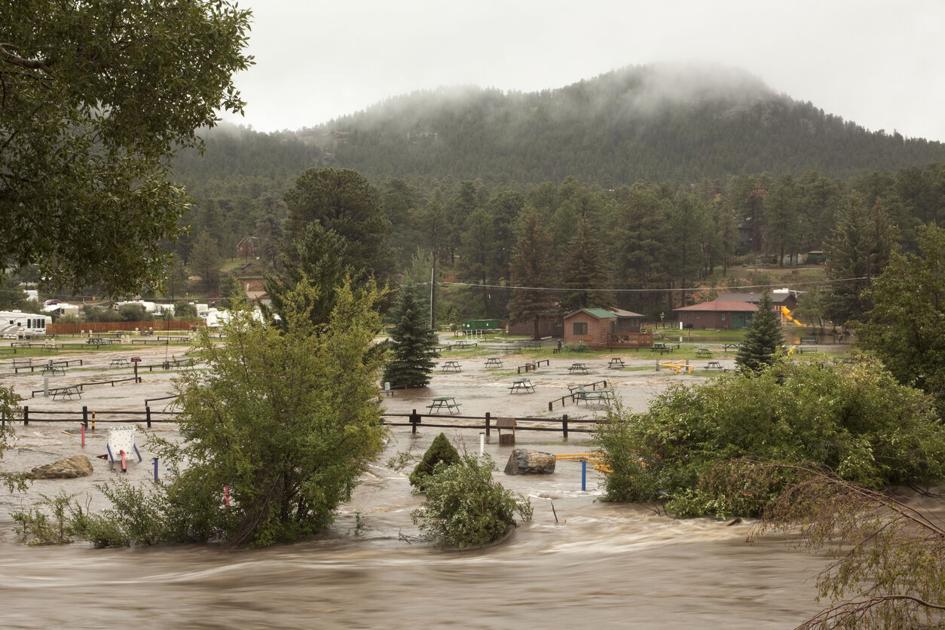 Pay attention to the warning signs of a flash flood as the rainy season nears in Colorado. It only takes a few inches of water for drivers to lose control or get swept off the road and flash flooding can be deadly in some recreation areas.

According to the National Weather Service, flooding is the number one thunderstorm-related killer in the U.S. In Colorado, a total of 16 people have died in floods between 2010 and 2018.

“More than 50% of all flood fatalities are vehicle-related,” the NWS warned in a tweet as flooding season approaches. “It only takes 12 inches of fast-moving water to carry off a small car and 18 inches of water to sweep a larger vehicle away.”

More than 50% of all flood fatalities are vehicle-related. It only takes 12 inches of fast-moving water to carry off a small car and 18 inches of water to sweep a larger vehicle away. Turn Around Don’t Drown! #SevereWeatherAwarenessWeek #COwx pic.twitter.com/Z4wvz8mYGw

Flooding is the number one thunderstorm-related killer in the U.S! Between 2010-2018, Colorado had 16 flood fatalities. Prepare for flooding before it happens! https://t.co/gahexxMnsu #SevereWeatherAwarenessWeek #COwx pic.twitter.com/VjSgSG6j4x

The monsoon season, and the heavy rainfall that comes with it, typically runs from mid-June through the end of September in Colorado.

There are different types of alerts issued by the National Weather Service for flash flooding. A flood watch is often issued 12-36 hours in advance when conditions are favorable for flooding. A flash flood warning means flash flooding is in progress, imminent in about 30 minutes to an hour, or very likely.

The deadliest flash flood in Colorado history occurred on July 31, 1976 in the Big Thompson Canyon between Estes Park and Loveland, killing 144 people.

Five people drowned a year later in 1997 after a flash flood swept through the city of Fort Collins, causing 200 million dollars of property damage.

The National Weather Service defines a flash flood as “a rapid rise in water levels, along rivers, creeks, normally dry washes, arroyos, or even normally dry land areas.” It’s important to remember that flash floods can ‘travel’. Even though blue skies might be seen above, rainfall miles away can cause flooding.

Flash flood safety is next up on #SevereWeatherAwarenessWeek. During a flood, water levels and the rate at which the water is flowing can quickly change. Get to higher ground. Do not drive or walk into water. It only takes 6 inches of water to knock you off your feet. #COwx pic.twitter.com/OdPq3MLoZa

Flash floods can occur at a moments notice and are often quite costly, sometimes accompanied by hail. In July of 2018, flooding swept through Manitou Springs, unloading 2.35 inches of rain in 30 minutes and knee-deep hail. A report from the DenverPost says the storm caused more than a million dollars in damage.

Editor’s Note: Get to higher ground if flash flooding is possible. Remember to never drive through flooded roadways. Avoid flooding-prone areas including canyons, rivers, and burn scars, before, during, and after rainfall. Get the latest on the forecast with the National Weather Service. Find more tips on what to do in a flash flood here.