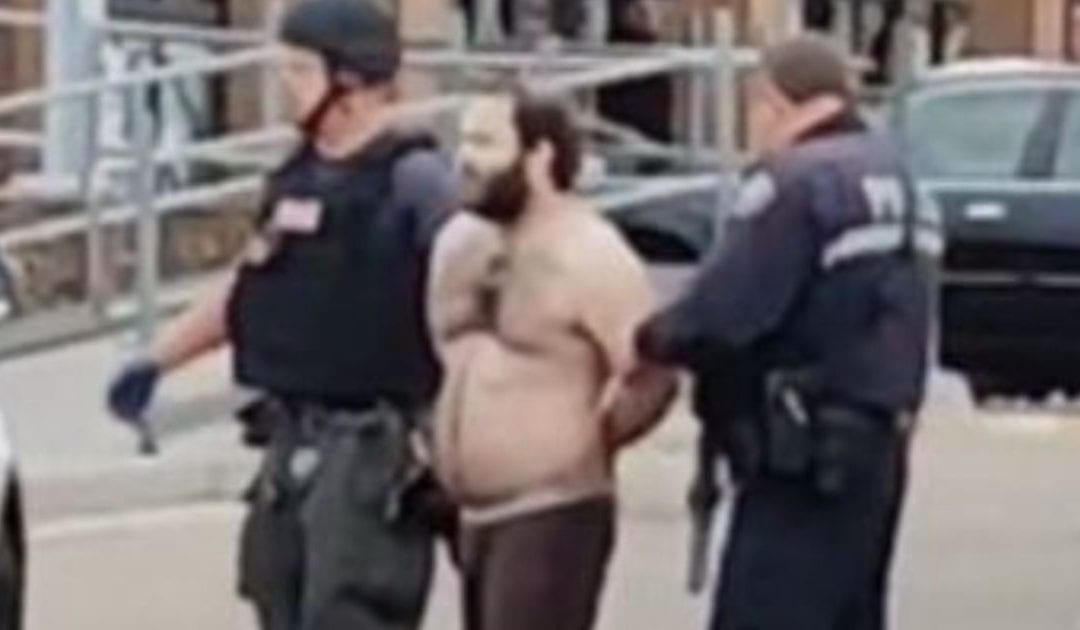 The killer was a Muslim man.

A 21-year-old Colorado man faced murder charges Tuesday in the shooting rampage at a Boulder supermarket that left 10 people dead and fueled chaos as panicked shoppers fled to safety amid the hail of bullets.

Boulder Police Chief Maris Herold released the names of the victims and said they ranged in age from 20 to 65. Among them was Officer Eric Talley, 51, a father of seven who responded to the 911 call.

The Boulder shooting suspect, identified as Ahmad Al Aliwi Alissa, was shot in the leg, Herold said. He was expected to be released from a hospital today and then booked into the county jail, authorities said.

And there it is. The clearly Muslim name. So now the spin.

Here’s how Yahoo reported the gun angle moments before publishing the name of the perpetrator.

Ten days before a gunman opened fire on Monday at a Boulder, Colo., supermarket, a judge knocked down the city’s ban on assault weapons and high-capacity magazines. Ten people were killed at King Soopers grocery store near the University of Colorado, including a police officer, before the suspect was injured and taken into custody.

As of Tuesday morning, police have yet to release details on the suspect or the weapon used in the shooting, and it’s unclear if the ban would have covered the gun involved. But the court’s move is striking in its recency, especially after a law enforcement official told CNN that an AR-15-style rifle was used in Boulder. The same type of weapon was used in a number of recent mass shootings, including in Parkland, Fla., in 2018, Las Vegas in 2017, Orlando in 2016 and Newtown, Conn., in 2012.

This field is for validation purposes and should be left unchanged.
Completing this poll grants you access to The Black Sphere updates free of charge. You may opt out at anytime. You also agree to this site’s Privacy Policy and Terms of Use.

That DAMN JUDGE! This is all HIS fault!

Multiple witnesses said the gunman opened fire in the parking lot before moving inside. Hundreds of police officers and a SWAT team descended on the store, and video showed an officer with a megaphone urging the shooter to surrender. None of the shooting victims survived the attack, police said.

I will give you a “gun angle”. Too bad more Coloradans weren’t armed to bring down this Muslim lunatic. Still, here’s what the mayor of the town, Sam Weaver said:

“Today our city is grieving the the senseless loss of 10 lives in our community. A man with a gun monstrously struck them down.”

Hmm. And now the autopsy as to why this 21-year-old Muslim man would surreptitiously gun down innocent people in the parking lot of a supermarket. Holy Mother of Allahu Akbar, what could his motivation possibly be?

Ironically, only days ago Americans were accused by Leftists (anti-Americans) of being xenophobic against Asians. This was based on a Chinese man being killed in Oakland…wait for it…by two black guys who robbed him.

The second incident was a man shooting up massage parlors, owned mostly by Asian women.

As it turns out, neither of the crimes was motivated by race.

But in the case of this latest mass shooting, where a 21-year-old Muslim man shoots indiscriminately at a supermarket, we are discussing GUNS!

Leftists want this crime to be a 2nd-Amendment zealot named Bubba. So much so, rumors surfaced about this “Bubba”, named Thomas Elliot Hayner.

Rumors on the chans, @lookner. Thomas Elliot Hayner. Some maniac wanted by Denver Police in 2015. Is it the same bloody leg guy in handcuffs? pic.twitter.com/Q1SXjoAFMX

Unless he changed his name to Ahmed, Thomas has been exonerated.