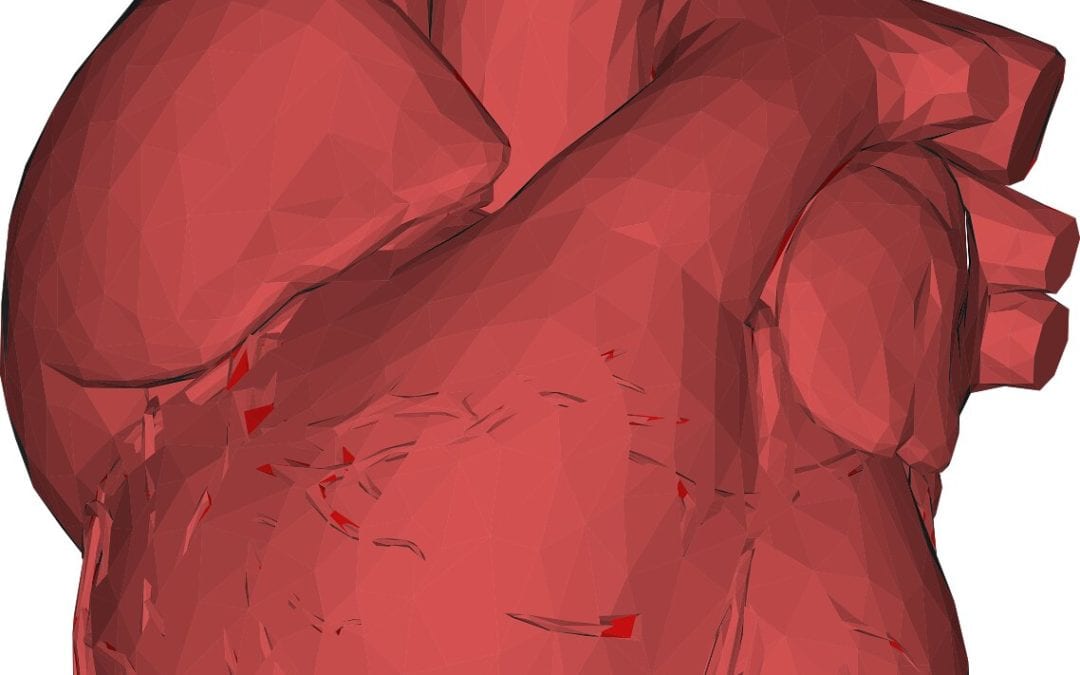 A prevalent heart protein known as cardiac myosin, which is released into the body when a person suffers a heart attack, can cause blood to thicken or clot—worsening damage to heart tissue, a new study shows.

A team led by John H. Griffin, Ph.D., a professor in the Department of Molecular Medicine at Scripps Research, made the unexpected finding after a series of experiments spanning three years and involving researchers from multiple collaborating institutions.

Though blood clotting is the root cause of many life-threatening cardiac events, including heart attack and stroke, scientists didn’t know until now that cardiac myosin was implicated in that process. The protein’s primary job is to provide the muscle-motor action that pumps blood.

“The real breakthrough of this study is that we’ve discovered another major biologic activity of cardiac myosin. No one had suspected it was acting as a procoagulant factor,” Griffin says. “Our findings bridge research in hematology and cardiology, showing there’s another potentially very important factor influencing the health outcomes of people with cardiac disease.”

Blood coagulation is essential to prevent bleeding after an injury. The most abundant procoagulant protein in the human body is collagen, but it’s not usually exposed to blood. Upon blood vessel and tissue damage, many procoagulant factors, including collagens, cause blood to turn from a liquid into a gel, forming a blood clot and reducing blood loss. However, procoagulants must strike the right balance between stopping bleeding and preventing excessive clotting, as occurs in conditions such as deep vein thrombosis or when a blood clot causes a stoke.

“Just as with inflammation, a little coagulation is good, but too much is dangerous,” Griffin says. “While a small amount of cardiac myosin might help reduce bleeding in the heart, an excess of the protein may worsen the injury by promoting blood clots that cut off oxygen and exacerbate damage to heart tissue.”

Indeed, Griffin and his collaborators, including Tobias Eckle, MD, Ph.D., of the University of Colorado, found that excess cardiac myosin doubled heart damage when administered to mice who experienced controlled heart attacks.

The study appears in the April 2020 issue of the American Heart Association journal Arteriosclerosis, Thrombosis, and Vascular Biology.

Griffin and his team are now working with scientists at Calibr, the drug discovery and development division of Scripps Research, to create a therapeutic compound that would target the procoagulant activity of cardiac myosin, reducing tissue damage caused by a heart attack.

Anticoagulant drugs already exist, ranging from over-the-counter medications like aspirin to widely prescribed drugs such as coumadin and warfarin. A newer class of drugs, known as direct oral anticoagulants (commonly referred to as DOACs), also have emerged to address the great need for blood clotting medications. But many of these existing drugs can cause excessive bleeding or other side effects because they act on the entire body’s coagulation system, not just blood clotting in the heart.

Griffin envisions an anticoagulant medicine that targets only cardiac myosin-driven coagulation. Such a drug could theoretically be administered to patients in the hospital immediately after an acute cardiac event.

“Cardiovascular disease is the leading cause of death for men, women and people of most racial and ethnic groups in the United States,” Griffin says. “New and better medicines are needed for those at risk of disease, and cardiac myosin gives us a promising avenue to pursue.”

Citation:
Muscle protein abundant in the heart plays key role in blood clotting during heart attack (2020, April 2)
retrieved 2 April 2020
from https://medicalxpress.com/news/2020-04-muscle-protein-abundant-heart-key.html
This document is subject to copyright. Apart from any fair dealing for the purpose of private study or research, no
part may be reproduced without the written permission. The content is provided for information purposes only.