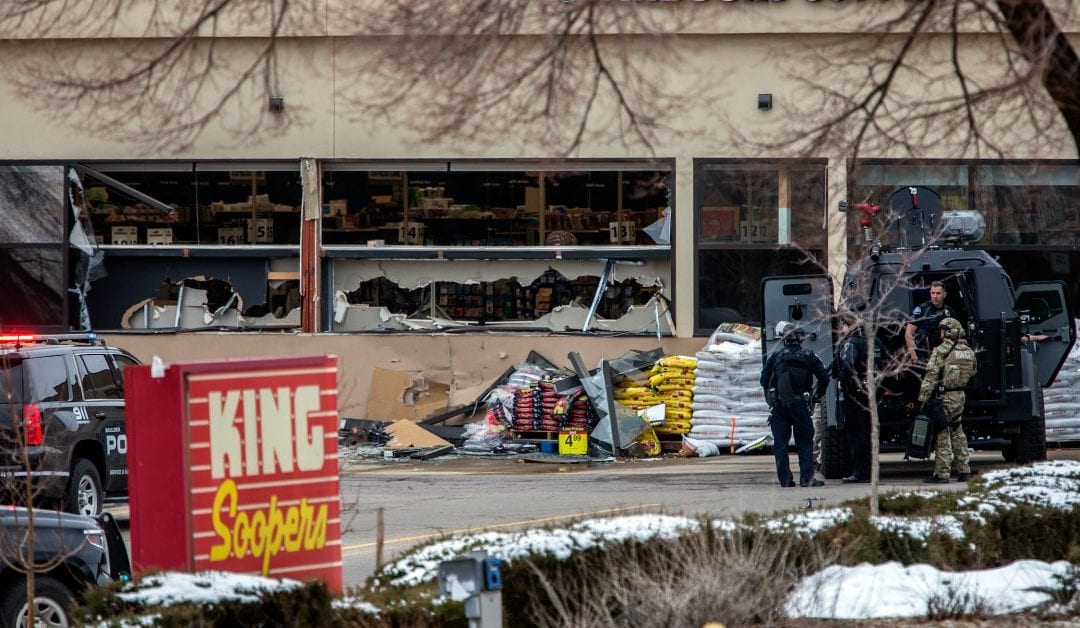 (BOULDER, Colo.) — A shooting at a Colorado supermarket killed multiple people Monday, including a police officer, and a suspect was in custody, authorities said.

Boulder police Cmdr. Kerry Yamaguchi said at a news conference that a suspect was being treated but didn’t give more details on the shooting or how many people were killed. Officers escorted a shirtless man with blood running down his leg out of the store in handcuffs but authorities would not say if that was the suspect.

Boulder County District Attorney Michael Dougherty said authorities know how many people were killed and suggested they are not releasing the number because they need to notify families of the victims.

A man who had just left the store in Boulder, Dean Schiller, told the Associated Press that he heard gunshots and saw three people lying face down, two in the parking lot and one near the doorway. He said he “couldn’t tell if they were breathing.”

Law enforcement vehicles and officers massed outside the store, including SWAT teams, and at least three helicopters landed on the roof in the city that’s home to the University of Colorado and is about 25 miles (40 kilometers) northwest of Denver.

Sarah Moonshadow that two shots rang out just after she and her son, Nicolas Edwards, finished buying strawberries. She said she told her son to get down and then “we just ran.” Once they got outside, she said they saw a body in the parking lot. Edwards said police were speeding into the lot and pulled up next to the body.

James Bentz told the Post that he was in the meat section when he heard what he thought was a misfire, then a series of pops. “I was then at the front of a stampede,” he said.

Read more: 2020 Ends as One of America’s Most Violent Years in Decades

Get The Brief. Sign up to receive the top stories you need to know right now.

Please enter a valid email address.
* The request timed out and you did not successfully sign up. Please attempt to sign up again.
An unexpected error has occurred with your sign up. Please try again later.