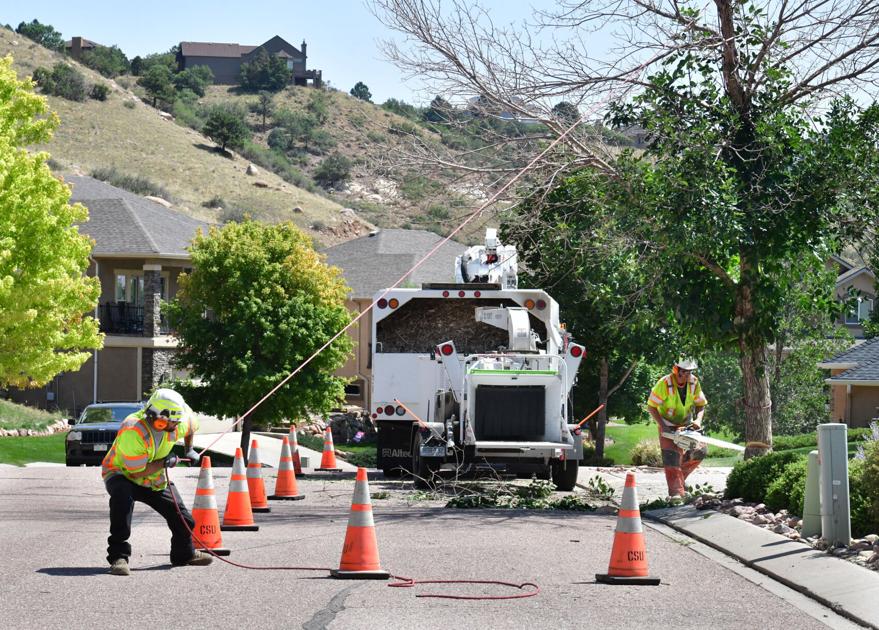 Dead tree limbs stretch to the sky like skeletal hands across the city of Colorado Springs after several seasons of major temperature swings and drought conditions damaged foliage.

“The trees have been on this up and down climatic yo-yo,” said Dennis Will, city of Colorado Springs forester.

The region has seen major temperature swings in the spring and fall in recent years that caught the trees unprepared, he said. Trees typically go dormant slowly and when temperatures jump up and down radically they can be damaged by freezing weather, he said.

In the fall of 2019 temperatures plunged from the 70s to single digits within a few days, Will said. Similar patterns happened in the spring and fall of 2020 and in April of this year, damaging trees, which rely on slow temperature changes to transition through dormancy.

“They don’t want to be caught with water in their branch structure. …. It takes time for the tree to shed that excess water and get ready for winter,” he said.

“Not only did they get frozen in the fall. …  They got torched in the summer, especially late summer,” he said.

Cottonwoods, ash and elms are among the species hit by the recent stressors.

Despite the numerous dead limbs across town, Will said he does not expect the city to lose a large portion of its canopy.

But many of the dead limbs on city-owned trees are likely to remain in place because the city forestry division is short on funding and staff, Will said. The city can afford to care for about 3,000 trees a year out of about 270,000 trees that it maintains. Workers prioritize thinning trees that pose a safety risk first, he said.

City Council President Tom Strand said he is concerned about some of the city’s older trees and will ask city staff if more money can be invested into caring for city trees next. Dead limbs transition from an aesthetic issue into a safety problem particularly during wet snow storms, he said.

“We have got to take care of the trees that we have got,” he said.

For residents considering taking a chainsaw to dead limbs in their yards, Will advised caution and patience. Trees will better heal in the spring, when rapid growth compensates for trimming, Will said.