Most of Colorado’s Failed Cannabis Tests Stem from Microbials: Here’s What Cultivators and Dispensaries Can Do About It 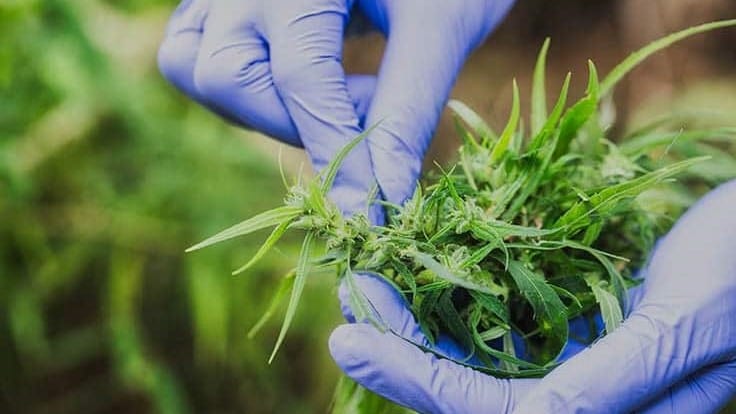 A growing percentage of cannabis is failing microbial testing in Colorado, and the problem could be stemming from easily overlooked issues in growers’ cultivation facilities, according to Carly Bader, a microbiology analyst for AgriScience Labs, one of the first state-licensed testing facilities.

While these numbers hold steady with stats from 2018, when roughly 85% of cannabis flower and trim made the grade, according to AgriScience CEO Frank Traylor, the pass rate has been on a slight decline; Traylor says 2017 saw a pass rate just below 90%, while over 90% of cannabis passed microbial testing in 2016 and 2015.

“It’s been floating between a 10% to 15% failure rate …  across our state, and of course everyone is required to do microbial testing, so it’s a broad sample,” Traylor tells Cannabis Business Times.

“This is a really broad sampling—that’s one of the main points,” Bader adds. “This idea of one general number for this industry as a whole is really hard to dissect, but the trends can indicate … significant changes in testing, changes in law or changes in technology.”

Colorado regulations mandate that labs test for yeast and mold in one test, although AgriScience labs can speciate the colonies for its clients upon request.

“At AgriScience, we definitely communicate a lot with the clients about what we see,” Bader says. “We do dig deeper for our clients, but this isn’t something that is regulated, … [so] we don’t have any data from [regulators] on those numbers.”

When a sample fails microbial testing, cultivators do have the option to re-test, Bader says. They must send another small sample from the same batch to two labs, and must pass both tests in order to have the product certified for sale. If either test fails, the product cannot be sold.

“When people re-test and we get that same exact number or something very close, it makes me confident in my testing as well as what we can do for that grow,” Bader says. “We try to communicate with our clients those results and then … possibly [go] out to help them deal with that problem. If it is there, yeast and mold only grow, and you’re only going to have larger and larger contamination if you don’t address that problem.”

Pamela Reach, CEO of Rare Dankness, a vertically integrated cannabis operator in Colorado, says microbial issues are not unusual for cannabis crops in the spring, when the transition from cold, dry, wintery conditions into warmer weather creates optimal conditions for powdery mildew.

Bader’s experience with helping AgriScience’s clients identify the source of their microbial problem has highlighted some common, usually easy-to-address issues in the industry. For example, she routinely sees yeast and mold growth inside humidifiers, especially those with open drip trays.

“Some people even leave their watering buckets open, unsealed,” Bader says. “They don’t really see the problem there, but it’s something that I see very quickly.”

Yeast and mold issues can also extend beyond cultivators’ facilities and into dispensaries, Bader adds, which is a problem that came to light last year when random microbial and pesticide testing in Denver turned up an 80% failure rate.

“In Colorado, we have a 10,000-colony forming unit,” Bader says. “If I have a sample that comes in at 9,000 at my level [before it’s] in the dispensary, that doesn’t mean that the yeast and mold aren’t going to continue to grow and possibly be over 10,000 when it does reach the consumer.”

To combat this problem, dispensaries should ensure that budtenders follow all personal hygiene and sanitation protocols to keep jars and high-touch surfaces clean and free of possible contaminants. AgiScience Labs often tests dispensary clients’ surfaces for microbial growth to help them understand where they can improve their practices to decrease the risk of yeast and mold in their stores.

“Nobody wants to throw away product that very well could’ve been sold and profited from,” Bader says. “It’s a lot of time consumption and financial effort for every pound. When they pass, it’s great, [but] we consult with our clients when they fail, and a lot of them appreciate the information.”

This year presents new testing challenges for Colorado’s cannabis industry, she adds, as the state rolled out required heavy metals testing on Jan. 1. New regulations mean that AgriScience must constantly evolve its practices and ensure its equipment can meet new testing standards, which isn’t always easy.

“This year, it’s been concentrates that we are additionally testing, and that’s hard on our equipment,” Bader says. “Putting these sticky concentrates through really sensitive equipment can be trying on us, [but] we’re doing our best to quantify and do this properly.”

Cultivators must also rise to these new challenges, and Bader says many of AgriScience’s clients submit samples for R&D testing prior to new regulations taking effect to ensure that their products are compliant.

“Fish is great—people use aquatic systems for aquaponics,” she says. “But ground-up fish or some of this bone meal [have] different heavy metals due to the fact that fish are eating smaller fish and they’re at the bottom of that food chain. These are things you don’t know until you try.”

While much of AgriScience’s work is a balancing act between educating businesses and keeping consumers safe, the company has amassed a storehouse of data since its launch in 2014, which it hopes will continue to move the industry forward as it evolves.

“There’s no academic research going on about yeast and mold that can contaminate crops like this,” Bader says. “It’s really unprecedented work that is going to be a huge part of our society.”