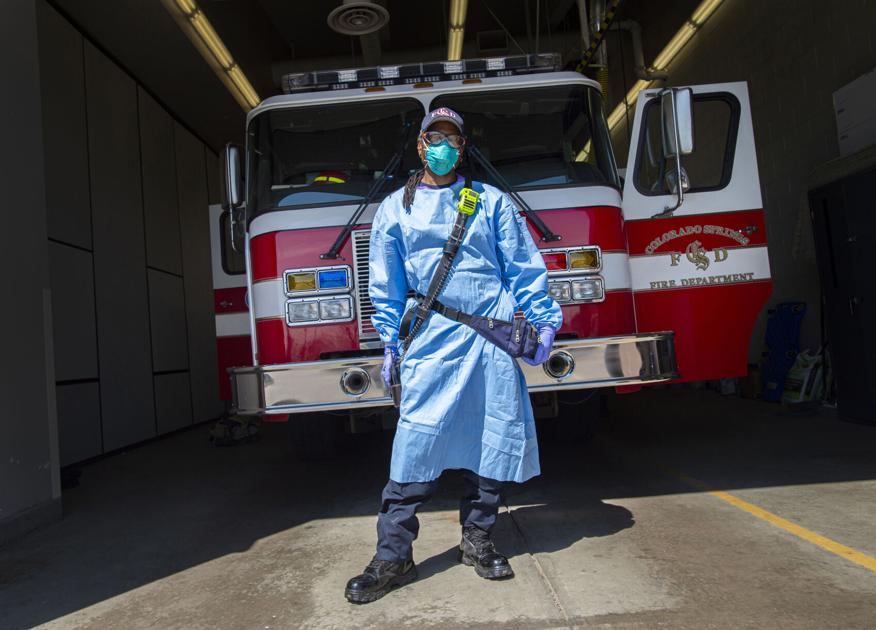 Why isn’t El Paso County under a stay-at-home order?

The state and county health departments on Tuesday didn’t answer that question as the county remains in the middle of the state’s COVID conditions dial even though it passed the benchmark for a more restrictive stage weeks ago and reached the standard for a countywide stay-at-home order more than a week ago.

As of Tuesday, El Paso County’s incidence rate was more than double the measure to qualify for such an order.

Of the 64 counties in Colorado, only seven belong in the stage of restrictions they’re in or a less restrictive category, according to state data updated Monday. The rest had a two-week cumulative incidence that should put them in a more restrictive category by one or more levels.

The additional time the state health department is granting counties to rein in their rising numbers of COVID-19 cases without imposing more stringent rules on gatherings has raised concerns from health officials in the Denver metro area and the Colorado Association of Local Public Health Officials.

“We are concerned that with the steep acceleration of cases and hospitalization, these delays will reduce the value of the additional restrictions … essentially rendering them ‘too little, too late,'” they wrote in a Nov. 5 letter to state officials involved in the pandemic response.

The delays could also increase the likelihood the state will have to impose stay-at-home orders and could increase the time residents would have to spend under those orders, the letter states.

If the state required counties to abide by the metrics in its rules, it would ensure consistency, transparency, clarity and equity, the letter continued.

State officials in September debuted the virus “dial dashboard,” available on its website, that tracks the progress of counties in controlling the sometimes deadly disease by colored levels, similar to fire-danger signs.

Attached to each level are corresponding restrictions and guidelines on gatherings or events, educational institutions, restaurants and other businesses. The least restrictive level for counties with the best control was dubbed “Protect Our Neighbors” and coded green. A middle set of levels, dubbed “Safer at Home,” includes three sub levels, coded blue, yellow and orange, with qualifying incidence levels of 0 through 350 cases per 100,000 residents per two-week period. The fifth and most restrictive level, dubbed “”Stay at Home” and coded red, is reserved for communities with more than 350 cases.

The dial was established to give counties time to adjust their strategy and determine if the limits on gatherings and other public health measures are making a difference, said Theresa Anselmo, executive director of the public health officials association, a group that represents all 53 county-level public health agencies in the state.

But many counties are seeing exponential growth of COVID-19 cases and are moving rapidly through the level of the dial in a few days, she said.

“As counties are transitioning rapidly along the levels of the dial, there become fewer and fewer actions we can take to change course,” Anselmo said.

Colorado Springs Mayor John Suthers said in a Tuesday statement that El Paso County is in an “evaluation period” with the state that typically lasts two weeks after new measures are taken. Given that the county had been at Safer at Home Level 2 — in the middle of the state’s dial framework — for less than a week, “it would follow that we wouldn’t expect to see changes to our numbers until next Wednesday,” he said.

El Paso County was moved by the state to Level 2 on Nov. 4. On that day the county had already qualified for the more-restrictive Safer at Home Level 3 for nearly three weeks, and had met the benchmark disease incidence rate for a stay-at-home order for two days. The county passed the level to qualify for a stay at home order on Nov. 2.

Michelle Hewitt, a spokeswoman for the county health department, on Tuesday said the agency was talking with the state health department and that decisions on movement from one category to another are complex. She declined to offer specifics such as when the county might move to a more restrictive level, whether it would move straight to a stay-at-home order, and what the discussions with the state have entailed, as did the state.

“Rather than speculate on what may happen, we are urging our community to focus on what they can do right now to turn our numbers around,” Hewitt said in a statement.

If a county passes criteria for its dial level and remains out of compliance for two weeks or more, it must confer with the state health department, at which point a “consultation … must take place to determine next steps,” according to a Nov. 5 email from the state’s Joint Information Center to The Gazette. The state and county have not provided detail on what that process might look like.

As the number of COVID-19 cases in the county and most of the state climbs exponentially, some experts are calling on health officials to make virus-related communication more clear.

Colorado College microbiology Professor Phoebe Lostroh said she is particularly concerned the state has not called for more definitive action, such as another stay at home order.

The state’s decision to set El Paso County’s restrictions at Safer at Home Level 2 does not clearly convey the risk of disease transmission when the number of people who have tested positive for the illness in El Paso County has far exceeded the state’s threshold for a stay-at-home order, she said.

“It is a mixed message to tell people to stop gathering with people we love in our homes, but it’s OK to go to a bar,” Lostroh said. Bars are technically closed in the state, but many serve food and have been allowed to stay open as restaurants.

Anselmo said her association would like to see more effective communication from the state and local public health officials about steps that will be taken to slow the disease. When counties take steps on their own, such as localized stay-at-home orders, they are not as effective because residents of neighboring counties travel across county lines, she said.

Suthers said the state and El Paso County are “doing all they can to effectively bring down our cases without having to resort to restrictions that would damage the economy.”

“But … we may get to the point where our hospitals are at risk of being overwhelmed, and that would leave few options other [than] much stricter regulations,” he said.

“The fact is, we don’t have the resources to send police officers out to monitor the size of personal gatherings, stop people in stores who take off their masks, or to pull cars over and ask the occupants if they are going to an essential business,” he said. “It would be impossible.

And the county “may not be able to complete contact tracing for all positive COVID-19 cases” because of the “high volume” of cases, the county health department announced on its website. El Paso county employs 18 case investigators staffed via the Pikes Peak Workforce Center, supplemented by about 40 volunteer case investigators from the Medical Reserve Corps, a spokesperson from the county health department said Tuesday in a statement from the mayor’s office.

But contract tracing “only works when individuals greatly limit the number of people they are around before they know they have COVID-19 and are willing to isolate and quarantine when they develop symptoms or are exposed to someone with COVID-19,” Leon Kelly, the county’s deputy medical director, said in a statement through the mayor’s office. “The increased infections we are currently seeing are not due to a failure of contact tracing, but rather the failure of individuals to take the necessary actions to prevent spread in the first place.”

Anselmo noted interventions such contact tracing cannot be effective when the disease is spreading so fast.

“There’s a point of no return where we will start to see excess deaths,” she said.