More than 100,000 acres are now on fire in Colorado as blaze near Fraser quickly grows 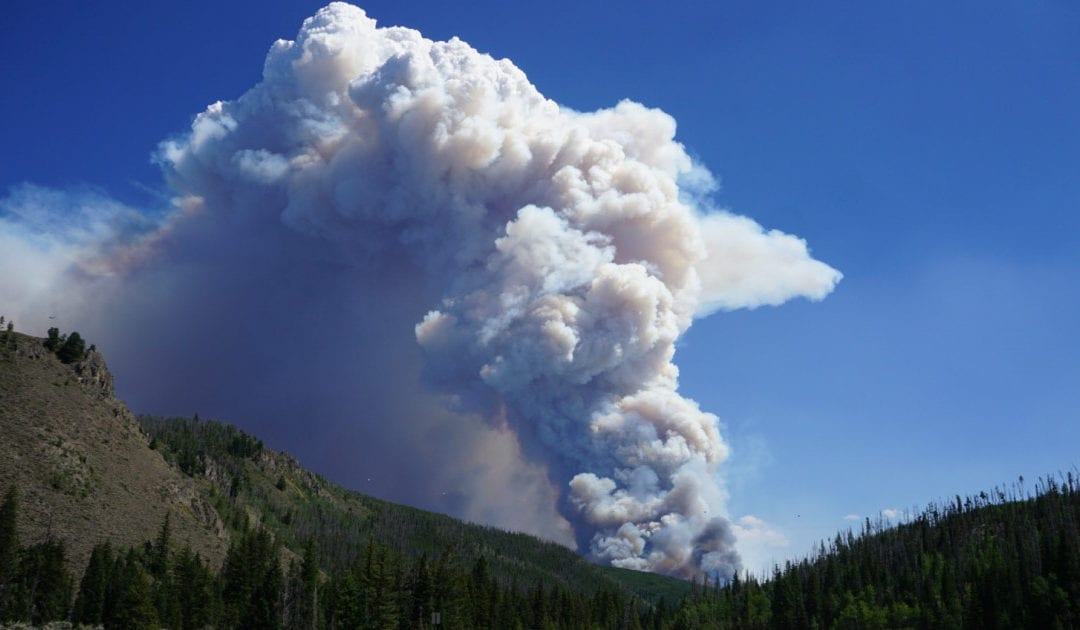 More than 100,000 acres of land in western Colorado was burning as of Saturday evening as four major fires continued to grow and prompt evacuations.

The Williams Fork fire near Fraser ballooned to more than 4,100 acres on Saturday. It started midday Friday.

The blaze is 0% contained and officials say they don’t know what caused it to ignite. The fire started near the Henderson Mill, a major economic driver for Grand County. Authorities say workers at the mill were some of the first to respond to the fire.

The fire is mainly burning on rural, public lands. There have been no reports of lost structures.

“This is a very, extremely difficult area to fight fire in with all the fuel loading up in this drainage,” said Ed LaBlanc, the fire’s incident commander and a U.S. Forest Service employee.

He added: “It is burning in heavy, dead and down lodgepole pine and spruce fir. At this time, we are not engaging any firefighters into that fuel and tree due to firefighter safety.”

The Grizzly Creek fire near Glenwood Springs is the nation’s top wildfire priority. It has scorched nearly 20,000 acres, including along Intestate 70 in Glenwood Canyon.

I-70 remains closed and will likely stay shuttered for several more days because of the blaze.

The fire has prompted the evacuation of homes surrounding Glenwood Canyon, but there have been no reports of lost structures.

“Residents in communities around the Grizzly Creek Fire should stay aware of the fire’s dynamic changing conditions,” authorities warned in a post on the fire’s incident command page.

The Pine Gulch fire near Grand Junction has burned more than 74,000 acres, making it the fourth largest fire in Colorado history. It is 7% contained and there have been no reports of structure loss.

The Cameron Peak fire is burning more than 5,400 acres west of Fort Collins. It ignited on Thursday.

The fire has closed Colorado 14 over Cameron Pass. There have been a number of evacuations in the area around Red Feather Lakes, though there have been no reports of structures being lost.

“This will be long-duration fire,” said Paul Hohn, one of the Cameron Peak fire’s incident leaders, “so please be prepared for that.”

Fire managers say exceptionally dry conditions are making their efforts to battle the fires immensely difficult. All of Colorado is under some kind of drought status and rain is not expected until the middle of the coming week, at the earliest.