More Southwest flights canceled in Colorado, across the U.S. 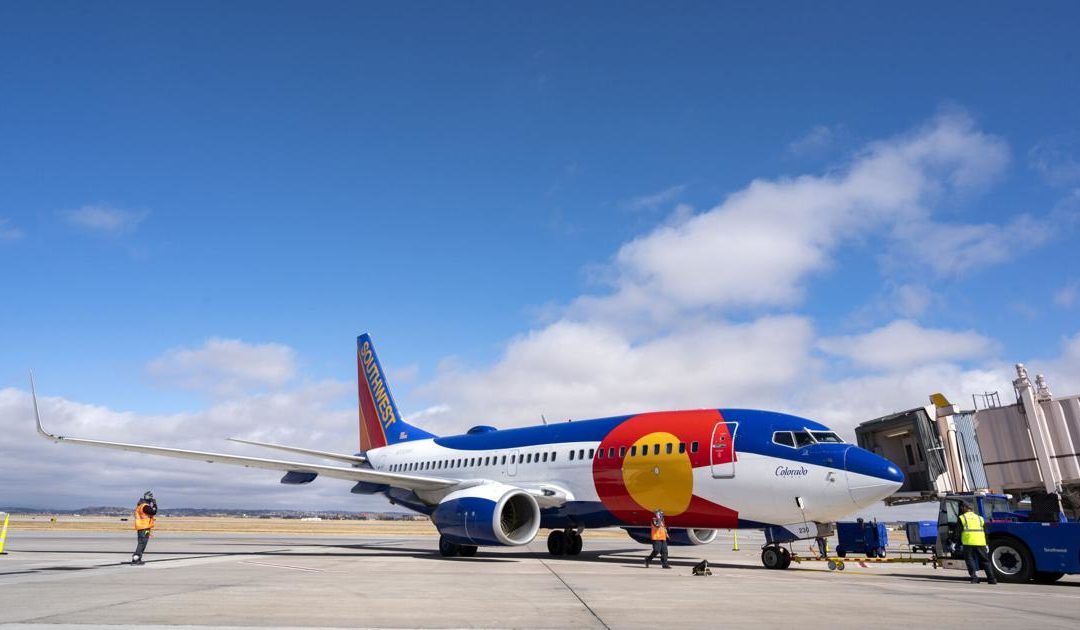 Hundreds more flights were canceled by Southwest Airlines on Monday across the country, including at Denver International Airport.

This came after Southwest canceled 1,124 flights nationwide Sunday with another 1,206 reported delayed. At Colorado Springs Airport, there were nine cancellations and nine delayed flights. At DIA, there were 155 canceled flights on Sunday with 215 delayed.

Shares of Southwest Airlines Co. briefly fell more than 4% before a partial recovery; they were down 3% by afternoon.

Click or tap here for the latest flight information at Colorado Springs Airport.

Joseph Heilman of Washington D.C. was scheduled to return to the Baltimore/Washington International Airport out of DIA Monday.

“My first flight was cancelled, and I rebooked on an earlier flight,” Heilman said Monday afternoon. “But I feel lucky because from what I saw, there were only about 10 seats max left on any flight to D.C. in the next 24 hours. My current flight keeps getting delayed further and further. The Southwest employees I see appear visibly stressed out and exhausted.”

The widespread disruptions began shortly after the Southwest Airlines Pilots Association asked a federal court on Friday to block the airline’s order that all employees get vaccinated against COVID-19. The union said it doesn’t oppose vaccination, but it argued in its filing that Southwest must negotiate before taking such a step.

The union denied reports that pilots were conducting a sickout or slowdown to protest the vaccine mandate, saying it “has not authorized, and will not condone, any job action.”

The pilots association offered another explanation: It said Southwest’s operation “has become brittle and subject to massive failures under the slightest pressure” because of a lack of support from the company. The union complained about the “already strained relationship” between it and the company.

Airlines convinced thousands of workers to take leaves of absence during the pandemic. Unions at Southwest and American have argued that management was too slow to bring pilots back, leaving them short-handed.

Alan Kasher, Southwest’s executive vice president of daily operations, said the airline was staffed for the weekend but got tripped up by air-traffic control issues and bad weather in Florida and couldn’t recover quickly. Because of cutbacks during the pandemic, he noted the airline has fewer flights to accommodate stranded passengers.

“The weekend challenges were not a result of Southwest employee demonstrations,” said airline spokesman Chris Mainz.

The White House has pushed airlines to adopt vaccine mandates because they are federal contractors — they get paid by the Defense Department to operate flights, including those that carried Afghanistan refugees to the U.S. this summer.

United Airlines was the first major U.S. carrier to announce a vaccination requirement. Southwest had remained silent even after President Joe Biden announced his order for federal contractors and large employers. Finally last week, Southwest told employees they must be fully vaccinated by Dec. 8 to keep their jobs. Workers can ask to skip the shots for medical or religious reasons.

Meanwhile, the Federal Aviation Administration acknowledged delays in part of Florida on Friday but pushed back against Southwest’s air-traffic control explanation. The FAA said Sunday that “some airlines” were experiencing problems because of planes and crews being out of position. Southwest was the only airline to report such a large percentage of canceled and delayed flights over the weekend.

Southwest has struggled all summer with high numbers of delayed and canceled flights. In August, it announced it was trimming its September schedule by 27 flights a day, or less than 1%, and 162 flights a day, or 4.5% of the schedule, from early October through Nov. 5.