Months before its arrival, Colorado tries to answer the question: Who should get the coronavirus vaccine first? 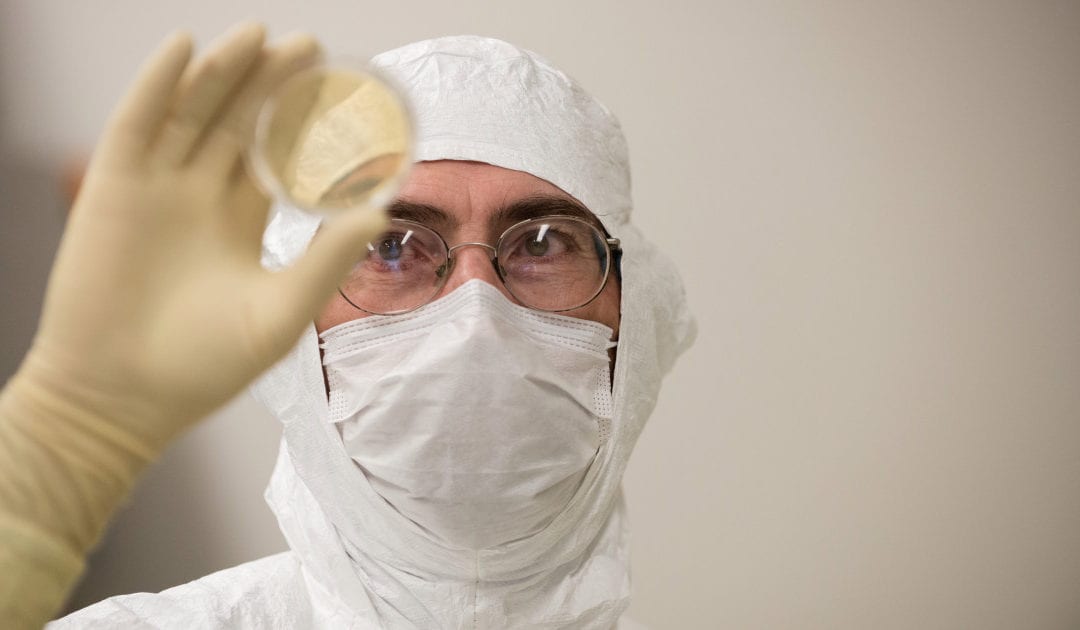 Imagine for a moment a headline from the perhaps not-too-distant future: The United States announced an approved vaccine targeting the SARS-CoV-2 virus, that spike-protein-studded bastard that causes COVID-19.

Now, imagine the headline the next day: For the foreseeable future, there won’t be enough doses of the vaccine for everyone to get it. Some will be vaccinated right away. Some will have to wait months, maybe even longer, as the pandemic slowly churns on.

So, who should be first in line?

As experts across the country focus their attention on the question, Colorado has ramped up its own effort to create an ethical and logistical framework to distribute the vaccine. The goal is for the process to be rational, fair, transparent and equitable. But, with so many unknowns surrounding the virus, research and vaccine politics still in play, that’s a lot harder than it sounds.

“It is super-complex to think about how to do this,” said Dr. Anuj Mehta, a pulmonologist and critical care specialist at National Jewish Health and Denver Health who is helping to lead some of the discussions. “…Doing all our due diligence now makes us far more likely to implement a plan when a vaccine becomes available with little delay.”

Mehta is part of a working group at the Governor’s Expert Emergency Epidemic Response Committee, a collection of mostly outside medical and health experts who give advice to Gov. Jared Polis on how to respond to the pandemic. The Colorado Department of Public Health and Environment also has teams of employees working in parallel on vaccine roll-out plans.

And all of this exists underneath the discussion currently taking place within the federal Centers for Disease Control and Prevention and the National Academy of Medicine on what a national vaccine distribution and prioritization system should look like.

It’s a lot of moving parts, and that’s before you get to the unknowns and what-ifs about the vaccine itself. Will it require one dose or two? Will it need to be shipped and stored at super-cold temperatures? Will it be equally safe for all age groups? Will people actually want to receive it?

These questions are why Colorado’s plans, when finished in the coming weeks, will likely look pretty unfinished. They need to be more outlines than dictates, and they need to be flexible.

“You can’t even plan for all these things in advance because your allocation protocol might change based on all the circumstances,” said Dr. Matthew Wynia, a bioethicist who leads the Center for Bioethics and Humanities at the University of Colorado Anschutz Medical Campus.

How many doses will Colorado get?

One of the few things that does seem certain now is that the federal government will control the early distribution of the vaccine.

A letter sent to states from the U.S. Department of Health and Human Services earlier this month told states to expect that “limited COVID-19 vaccine doses will be available in fall 2020” and that “COVID-19 vaccine distribution will be managed centrally.” This is similar to the way the federal government has handled the distribution of the drug remdesivir, which actually creates even more uncertainty for state planners.

Remdesivir’s distribution has been criticized as opaque and haphazard. States and hospitals have struggled to understand how much they would receive and when, making it difficult to plan for how to allocate it.

If the same thing plays out with a vaccine, it would put intense pressure on state prioritization plans. The fewer doses there are available — or that can be planned on to be available — the more scrutiny there will be on who is at the head of the line.

“In general that’s going to be the most contentious thing you see,” said May Chu, a clinical professor in epidemiology at the Colorado School of Public Health. “And that’s more politics than a scientific decision, though I think that science should drive.”

Mehta said much of the discussion in his working group has involved thinking about priority tiers based on someone’s job, risk of exposure and risk of getting really sick if they do catch the virus.

Much like with emerging federal guidance, Mehta said health care workers and first responders would likely be near the top — though, again, this is all still under discussion. They are most likely to encounter the virus in the wild as a result of their work, he said. And protecting them has a “multiplier effect” in that it allows them to continue helping others fight the virus.

Other essential workers — people who work in grocery stores and schools, for instance — would also be near the top. And people most vulnerable to the virus, such as those in nursing homes or people with underlying health conditions, could also be in line for greater priority.

But these are all still pretty broad categories. And if Colorado receives only a trickle of doses, they won’t be specific enough to create an orderly process. So Mehta said the working group has been talking about subtiers and subtiers of subtiers.

Health care workers at inpatient hospitals and facilities might be prioritized over those working in outpatient facilities. Inpatient doctors and nurses whose work exposes them to the coronavirus, like emergency room staff or respiratory therapists, would be in line ahead of staff whose jobs bring less risk. Older health care workers in those higher-risk jobs might go in front of younger ones. On and on these discussions go, focusing more and more narrowly on who faces the greatest risk and would benefit most from a vaccine.

“It’s the thing that keeps me up at night sometimes,” Mehta said. “Are we being too specific or are we not being specific enough?”

In some broad ways, these debates resemble the ethical discussions around creating crisis standards of care — guidelines for how hospitals should triage patients if there are just too many to save everyone. But there are also important logistical and strategic wrinkles, too.

Say you decide the firefighters should be among the first to receive a vaccine. How do you get it to them? Do you hold pop-up vaccination clinics at fire stations? Do you make them all drive to a central location? Does this change if the vaccine that’s approved requires special storage or multiple doses? Can you reach rural and urban areas equally as effectively — or do you even need to if the virus is more active in one region than another?

Mehta said the forthcoming federal guidance likely won’t be detailed enough to answer these questions, which is why Colorado needs to come up with its own plan. But he said Colorado will also need better data to execute on its plan — if you want to prioritize health care workers who are 65 or older, for instance, it helps to know how many of those there, he said.

“That’s led us to start thinking about what data needs to be collected over the next four months,” he said.

So far, what Mehta and his group are discussing tracks mostly with the national conversation about vaccine prioritization — it’s an ethics-heavy dialogue about who most needs and deserves to be protected. It’s a conversation that thinks of a vaccine like a shield, guarding against malicious assault.

But Wynia said there are other ways to look at the issue. What if we thought of a vaccine as a sword, allowing us to take the fight to the virus and attack it not where we fear it will end up but where it is right now?

Wynia said that would probably only work for coronavirus if we could first suppress viral transmission to very low levels. As it is right now in the United States, there’s just too much spread to be able to isolate cases like that.

But the strategy points to another that could be deployed against the virus depending on local circumstances: Forget about who is most deserving of vaccination; focus instead on who is most likely to spread the virus. In other words, vaccinate irresponsible young people first.

“The right allocation protocol might actually change from place to place,” Wynia said.

Mehta said he has been in conversations where he has heard Wynia talk about “pandemic ethics” — the idea that you may have to shed certain pre-existing beliefs and think about what works best against the virus. The two are friends, but they’ve only ever met in Zoom videoconferences.

Mehta said he thinks the sword approach is the wrong one, even though he said he’s seen research that suggests it could be effective. First, he said, it’s a logistical nightmare, which Wynia agrees with. How would you really identify who between the ages of 18 and 40 is most likely to be spreading the virus, many asymptomatically?

“I question how people would view that, even if it mathematically made sense,” Mehta said.

To Mehta, the work to create an allocation system also serves an important function beyond public health. In this time of historic stress, a fair and equitable system can help maintain social cohesion. And a system that treats best those who are behaving the worst could damage that sense of unity.