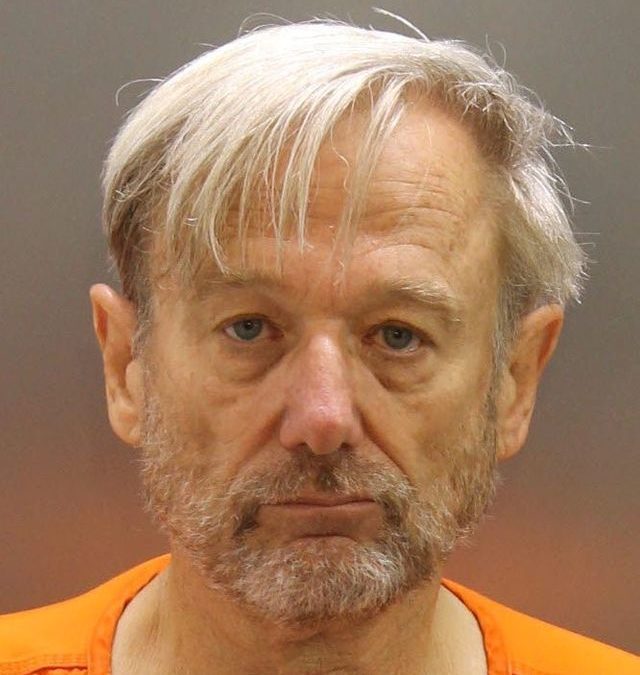 DENVER (Reuters) -Jurors deadlocked and a mistrial was declared on Thursday in the kidnapping-murder case against a two-time Idaho gubernatorial candidate charged in the 1984 slaying of a 12-year-old Colorado girl whose remains were unearthed over three decades later.

The 12-member jury found Steven Pankey, 70, guilty on one count of false reporting to authorities but failed to reach a unanimous verdict on charges he abducted and murdered Jonelle Matthews, leading the judge to dismiss most of the prosecution’s case, court officials said.

Weld County Judge Timothy Kerns set a status hearing for next Monday to address the potential re-filing of kidnapping and murder charges, in addition to bond and sentencing on the false reporting count.

The hung jury, which began its deliberations at midday on Tuesday, capped a three-week trial stemming from Matthews’ death.

The girl vanished in December 1984 from her Greeley, Colorado, home, about 50 miles (80 km) north of Denver, where she was dropped by off by a family friend after singing at a Christmas concert.

Her disappearance remained a mystery for more than 34 years until 2019, when an excavation crew working on a pipeline in rural Weld County uncovered human remains, which were later identified as those of Matthews.

She died from a gunshot wound to the head, authorities said.

Pankey surfaced as a person of interest in the cold case when he would periodically insert himself into the investigation by making “incriminating” statements to various people, police said. He was indicted in 2020 and transferred back to Colorado.

Prosecutors lacked physical evidence linking Pankey to the killing, but alleged that Pankey, who lived in Greeley at the time of the girl’s disappearance, possessed knowledge of the crime that only the killer would know.

One such tidbit was the use of a rake by the killer to cover up shoe prints left in the snow at the crime scene, according to the indictment.

Pankey testified that he did not kill the girl, and said he made up information in an effort “to be a big man in the case.”

Pankey unsuccessfully ran for Idaho governor on the Constitution Party ticket in 2014, and lost a second gubernatorial bid in the 2018 Republican primaries.