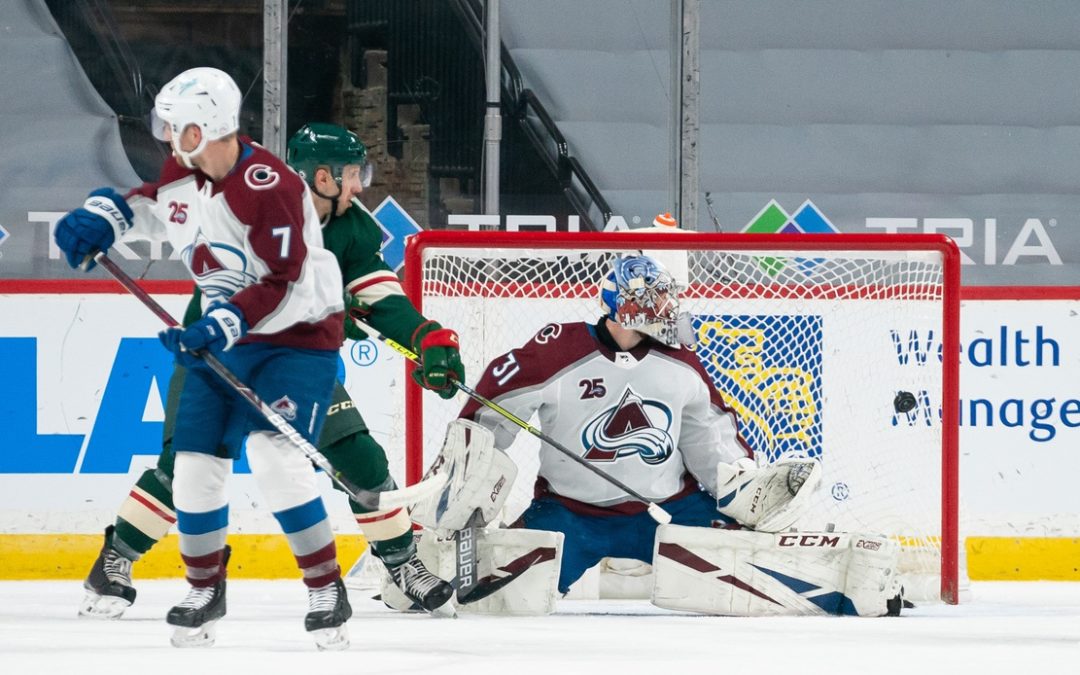 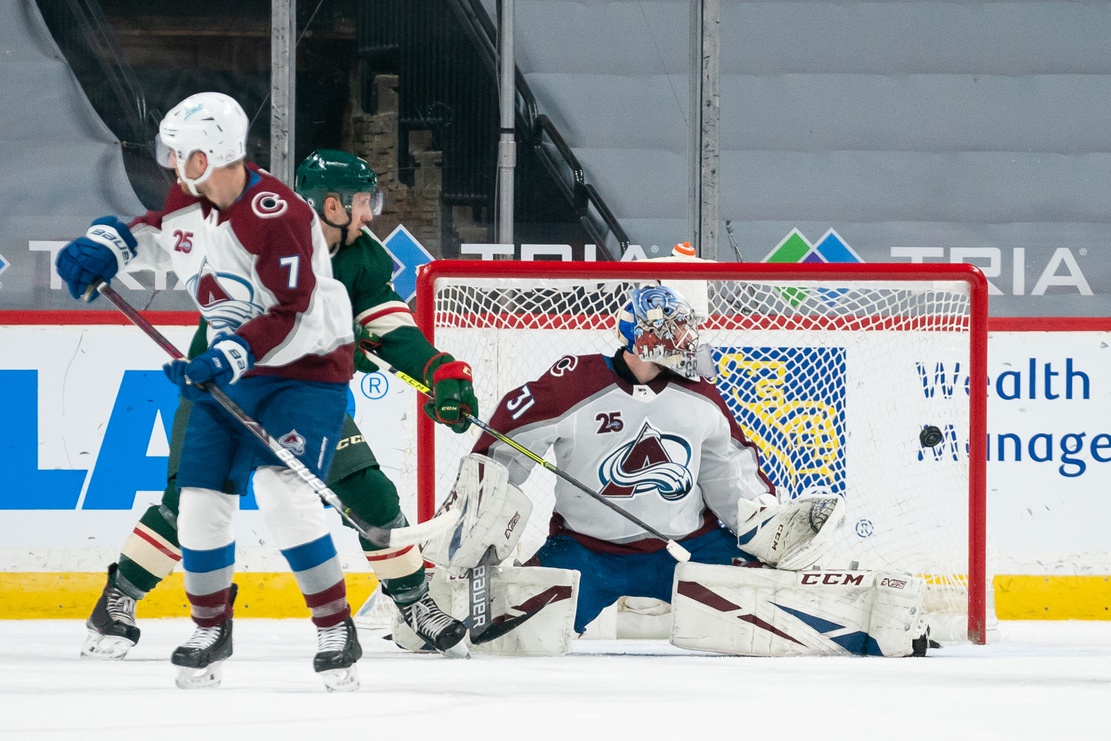 The point streak was eventually going to come to an end. But in the Avalanche’s worst loss of the season Wednesday, an uncharacteristic performance was the cause. Colorado lacked discipline, had crucial turnovers, got called for an obscure penalty and was ineffective on the penalty kill.

The Wild scored four power-play goals and got a hat-trick from Kevin Fiala in an 8-3 shellacking of the Avs at Xcel Energy Center. Minnesota jumped out to a 3-0 lead after the first period and although the Avalanche got within 4-3 in the second, the Wild poured it on in the third to embarrass what was the NHL’s hottest team.

“They were the more hungry team,” Avs coach Jared Bednar said. “They came out in the first period at a pace and intensity that we didn’t match and we dug ourselves a hole. That was partly discipline, partly turnovers. They won every race and every touch in the first period.”

The Wild’s four power-play tallies came on just five opportunities. They entered the game with the league’s second-worst power play (12%) against an Avalanche penalty kill that was second-best in the NHL (86.1%).

Minnesota’s third goal, which came on the power play, was the result of a quirky penalty called against Colorado. The Avs were whistled for delay of game for an illegal line change on an icing.

“I didn’t like the call for a couple of reasons,” Bednar said. “Normally when the puck is going down the ice like that and they signal the icing, one of the linesmen is coming to the bench to make sure you’re not cheating on these situations. We never got any indication that we had to leave guys on the ice. Their coach complained and (the ref) came by and rung us up for a bench minor and they scored on it.”

“I’ve never seen that get called.”

Two other goals were the result of direct turnovers, including Minnesota’s fourth goal, which came four minutes after Avs superstar Nathan MacKinnon made it 3-1.

Colorado’s Devon Toews, who led the NHL with a plus-20 rating in March, attempted a breakout pass from his own zone. The puck was intercepted by Hartman and he fired it past Avs goalie Philipp Grubauer. It was just the 10th shot Grubauer had faced and the fourth goal against.

The Avs continued to press in the second period, making it a one-goal game after goals from Andre Burakovsky and Mikko Rantanen (power play). But a slashing penalty to MacKinnon, his second minor of the night, helped Minnesota capitalize on the man-advantage to make it 5-3.

“We started to generate the chances we needed to get back in the hockey game and then the lack of discipline and the frustrations were there,” Bednar said. “We made two mistakes in the second period and both led to goals.”

Grubauer ended up getting pulled in the third period after making just 11 saves on 18 shots, ending his franchise-record point streak at 13 games (12-0-1). The Wild opened up a five-goal lead when they scored on the first and only shot backup goalie Jonas Johansson faced.

Grubauer was not pulled until Minnesota started to run away with the game. Colorado surrendered two goals in the final period before Bednar finally made the call.

“I considered it but I had a feeling about our team,” Bednar said when asked if he had thought about pulling Grubauer earlier. “Our team and Grubi have battled back in certain scenarios, including the other night in the second period in Minny. I felt like our team had earned the right to battle back tonight.”