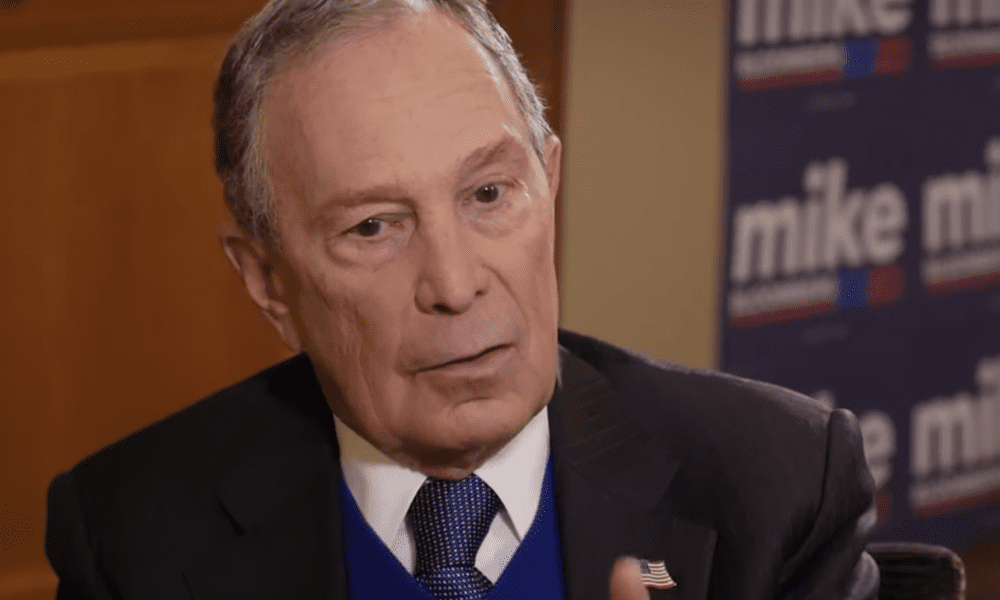 Michael Bloomberg, a 2020 Democratic presidential candidate, said in a new interview that he is still against legalizing marijuana and rattled off a list of potential consequences he believes could follow reform. However, he said that if elected to the White House he would modestly change federal cannabis laws.

In an interview with BET that was released on Tuesday, the former New York City mayor was again pressed on his opposition to cannabis legalization at a time when a strong majority of Democratic voters, as well as the current frontrunner in the race, favors the policy change.

Bloomberg, who has faced sharp criticism in recent weeks over past comments he made justifying controversial police tactics and racially disproportionate marijuana arrests, said he’s in favor of decriminalizing low-level cannabis possession—but he will not back legalization until he’s satisfied that studies have demonstrated the plant “does not harm” consumers.

For the time being, the candidate claimed that research shows that people who use marijuana “can have your IQ permanently reduced for the rest of your life.” He also expressed concern that states that legalize cannabis could experience higher rates of traffic accidents and domestic violence.

“If the science shows that there’s a real problem, then I’d be hard-pressed to understand why we should let young people ruin their future,” he said.

Bloomberg released a criminal justice reform last month that does call for decriminalization of marijuana possession, expungements and allowing states to set their own cannabis policies.

“Look, you shouldn’t give people even a desk ticket or a run through the system or throw them in jail because of a small amount of marijuana. If they’re a dealer, then I feel very differently about it,” he said in the new interview. “But it depends on the state. A lot of states—some states—have already legalized. The cat is out of the barn—or the horse is out of the barn and the cat’s out of whatever—you’re not going to put that back.”

“Decriminalize it right away is the first thing to do,” he said. “But I also think that states should go very carefully because some doctors and scientists say they want to do a lot more testing before they would say it does not harm.”

Asked whether he would push to change federal law on cannabis, Bloomberg gave a reluctant, “Yeah, sure” and seemed bothered that “nobody pays attention” to federal prohibition.

“I would be convinced if the doctors and scientists said it does not hurt people,” he said. “There’s real science you can do. I know everybody says, ‘Oh I want to be free to smoke a joint.’ When I first came to New York in my 20s, did I smoke a joint? Of course I did. But it was nowhere near as strong as it is today. And the science wasn’t done.”

Prior to launching his campaign last year, Bloomberg said that legalizing marijuana is “perhaps the stupidest thing anybody has ever done.”

A reporter later asked whether that meant he believes Colorado voters were stupid to approve legalization in 2012. The candidate replied that he thinks states should have the autonomy to implement their own cannabis systems and that what he “really” considers dumb is “putting people in jail for marijuana.”

The recording of the former mayor discussing harsh policing tactics that scandalized his campaign last month also reveals him calling legalization a “a terrible, terrible idea.”