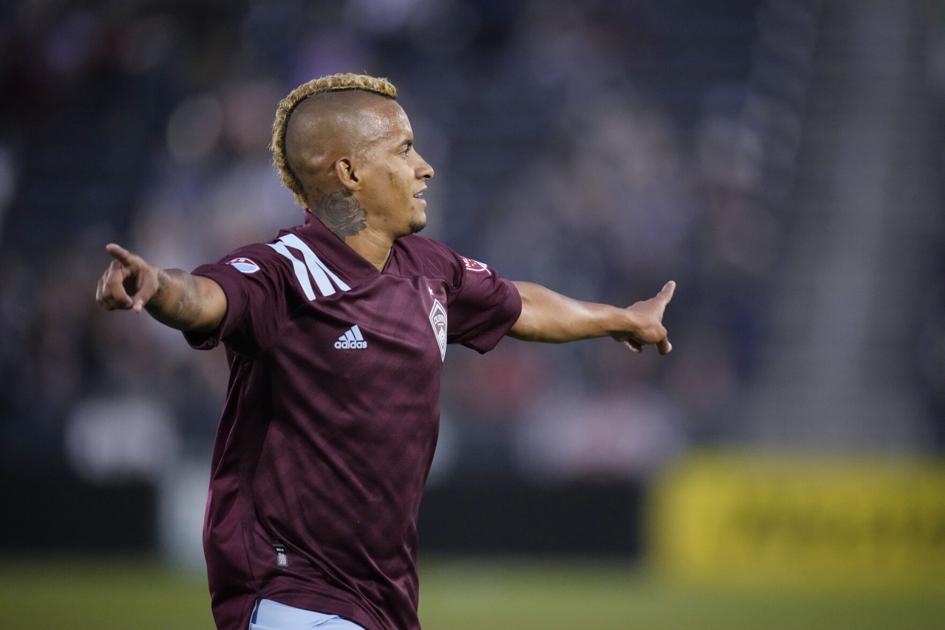 In his first year with Colorado Rapids, the Colombian winger with blistering speed is among four players in Major League Soccer with four goals and as many assists after scoring the second goal in Wednesday’s 2-0 win over FC Dallas. The pace is just part of what’s made tracking Barrios a tough task for opponents.

“He doesn’t lose the ball. That’s a really big thing. You have guys who have lots of ability, lots of pace and you see it from time to time, but you don’t see it at other times because they’re not really good and clean with the ball. Mikey doesn’t lose the ball, which is a huge asset for him,” Rapids coach Robin Fraser said Friday. “And then on top of that, with his kind of pace, he certainly has been able to unbalance defenses by himself by getting into good spots and then (with) his dribbling ability, he’s difficult to get off the ball. All these things and on top of that, he’s a really smart soccer player, so he knows how to put himself in good positions and when he does, he’s been able to hurt teams.”

The ability to maintain possession figures to be a big part of Saturday’s match at Real Salt Lake. It’s Colorado’s third match in eight days and first meeting this season with its regional rival.

“I think the most important thing is to keep the ball and then move the ball fast,” Andre Shinyashiki said.

I think that we’ve been doing that well, and I think that’s why we’ve had success.”

“If we keep ourselves tight and compact, we’ve got players that can counter at the top of the field with great pace,” center back Danny Wilson said. “Also when we have the ball, we’re capable of opening teams up. We go in there, we’re well aware that it’s an away game, our third match this week, so we go in there trying to play a smart game and try to get the three points.”

The Rapids enter the first of three matches against Real Salt Lake this season as the cup holders after a 5-0 win at Rio Tinto Stadium last season. Barrios, with his blend of burst and comfort on the ball, will look to help the Rapids get off to a strong start in this year’s competition.