Meteorologists agree a significant snowstorm will hit Colorado, but is it the big one? 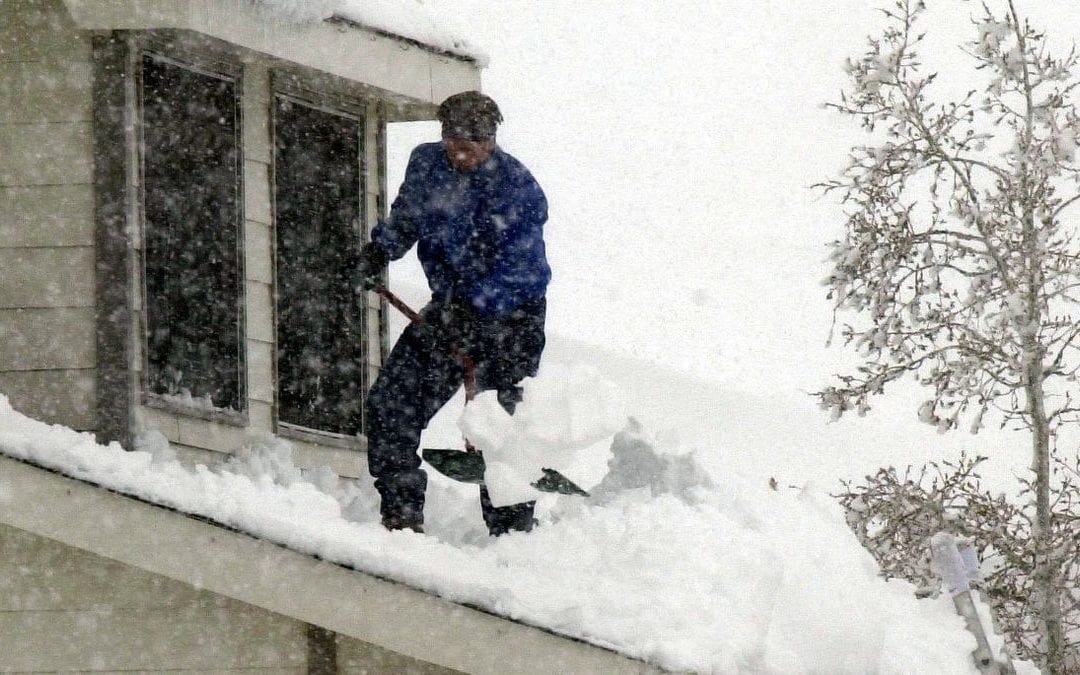 Meteorologists agree a significant snowstorm will hit Colorado, but is it the big one?

A powerful snowstorm headed for Colorado isn’t likely to reach epic levels predicted in some initial forecast models, but meteorologists agree the weekend storm will be significant.

Early models of the storm, expected to arrive Friday night, called for about 4 feet of snow for the Fort Collins area. That would be a record breaker.

As of Tuesday, those outlier forecasts are being dismissed with a best guess four days ahead of the storm: closer to maybe half that much, with the potential for more.

Russ Schumacher, director of the Colorado Climate Center, said this much is known:

“The confidence level is quite high that we will have a pretty significant storm,” he said. “The question this far out is how much snow we get and exactly where is too far to pin down. But at the zoomed-out view, there is going to be a storm and probably a big one for someone.”

How do snow forecasts come together?

Schumacher said there are two main global computer modeling systems, The American, or Global Forecast System, operated by the National Weather Service. The other is the European Center for Medium-Range Weather Forecasts.

Within those systems, models are run many times to determine the probability of a range of weather outcomes. This eliminates outliers forecasting significantly higher or lower snowfall events. These are then tweaked to accommodate known weather patterns in a given area.

As the weather event draws closer, the bigger picture narrows and a better range of the event comes more into focus. Think of it as a funnel of information.

What leads to a big snowstorm?

There are several elements that need to come together for the northern Front Range to receive large snow events, which usually take place in March and April.

Schumacher said the first of these is a low pressure at the upper level moving into the Four Corners area in southwestern Colorado. There is a high confidence level this will happen with this storm by the end of the week.

The next thing to watch is how the low pressure tracks. Schumacher said the “sweet spot” for big storms along the northern Front Range is if the low tracks across the southern border of Colorado into southeastern Colorado or the Oklahoma panhandle. As the wind swirls around the low pressure, it pushes moisture back around via an east wind to create an upslope when it hits the mountains.

The slower the system moves, the more prolonged it stays in place and the greater the possibility of large snowfall amounts. Schumacher said currently the models are showing this to be the case.

“If the low shifts 50 miles one or another, that can mean a big difference as to who gets the most snow,” Schumacher said. “By Thursday or Friday, the models should be pretty clear and consistent on where the heaviest snow will be.”

When and how much snow can Colorado expect?

Schumacher said the models show snow moving into the area Friday night and exiting Sunday, with Saturday being when the most snowfall will occur.

He said the current consensus is for 1 to 2 feet of snow for much of the Front Range to be a “pretty good bet,” but there is a probability for significantly more than that.

He also cautioned there could be local variations.

He pointed to the March 2003 storm that left Fort Collins with 32 inches of snow, Denver 30 inches, and the foothills with 70 inches, yet Lyons received little snowfall.

“The most recent runs Tuesday morning showed the bull’s-eye creeping toward Northern Colorado,” he said. “But there is still time for that to shift.”

He said when upslope conditions prevail, the foothills generally receive the most snow, followed by the Front Range and Eastern Plains, with the mountains picking up less snow.

He said unlike some snowstorms that produce local bands of heavier snow, this storm will likely produce consistent snow over a large area.

He encouraged people interested in the most accurate forecasts to turn to the National Weather Service and local professional meteorologists and not just believe what a phone app or “some random person on social media” is telling you.

“It’s a testament to all the meteorologic work done over the last decade that now quite a few days ahead that we generally know where the storm will hit and know it has the potential to be a big one,” he said. “Still, getting an exact snowfall total for your exact area is just not possible.”

Will the snowstorm dent the drought?

The statewide snowpack is 86% of average. Nearly 100% of the state is experiencing some level of drought, with more than half experiencing extreme to exceptional drought, according to the Colorado Drought Monitor.

Schumacher said if the expected snowfall happens, it would be a big boost for those areas that are especially dry, including the Eastern Plains, and improve conditions in the mountains east of the Continental Divide.

However, he said it would take a series of such storms and ample spring rain to recharge soil moisture depleted from a drought that plagued much of the state and helped fuel Colorado’s historic 2020 wildfire season.

“The forecast going into spring and summer is a bit concerning, but we could end up with a wetter March than average for some areas from this single storm,” he said. “But a single storm won’t get us back to normal.”

To add to the chorus:

There will be a significant Front Range snowstorm Fri/Sat.

Will it be a historic, March 2003 type storm? It’s within the realm of possibility, but too early for those details.

Pay attention to forecasts this week; the details should become clearer #cowx pic.twitter.com/k49VuaTIER

Potential BIG STORM late this week & a variety of comments about early posting of possible snow amounts. They may not verify, they also could. People have decisions to make for late week plans, giving them a sense of what might happen is not wrong to do. @denverchannel #cowx pic.twitter.com/OC5tHmZz3c

CAUTION: People are tweeting jaw-dropping totals for later this week. It has potential! BUT we’ll learn a lot more once its over land & sampled by weather balloons, surface obs, etc. Data right now (over the ocean) is limited to satellite, a few ships, maybe a buoy. #COwx #4wx pic.twitter.com/CbIQAuLPFe

Meteorologists to public: the forecast is still far out and there’s a lot of uncertainty.

Meteorologists to each other: omg omg omg!!! #cowx pic.twitter.com/M3X7rZI1Ou