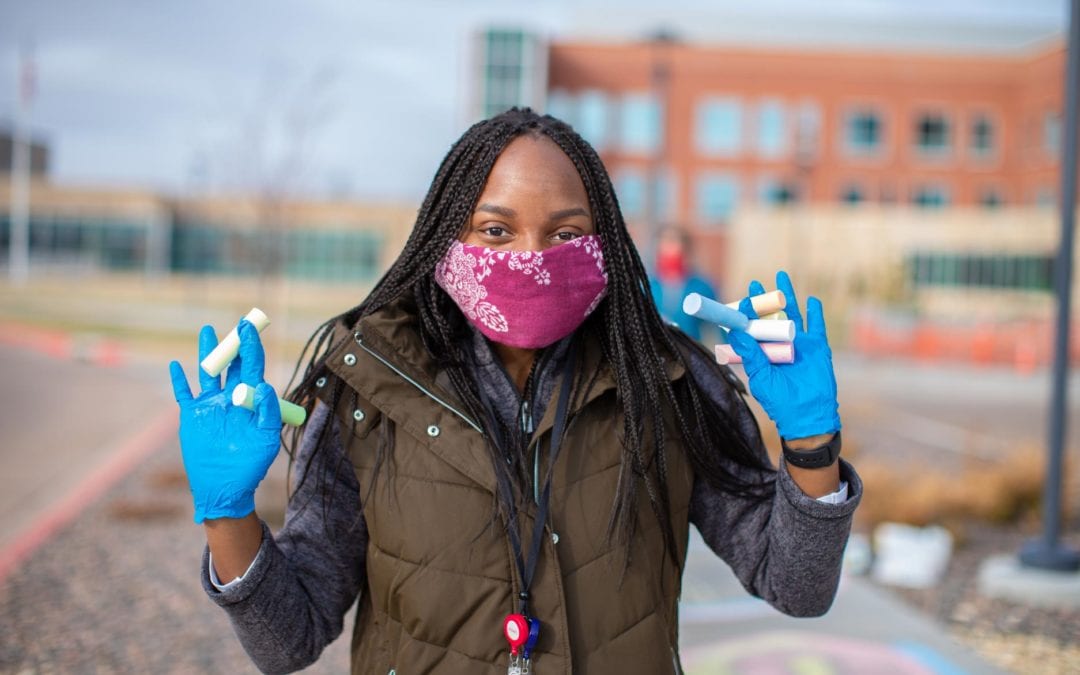 The COVID-19 pandemic has presented unique challenges for students at higher education institutions across the country, and the nation’s aspiring doctors have been anything but immune.

With campuses closed and hospitals becoming front lines in the fight against the novel coronavirus, students like those at University of Colorado School of Medicine have been thrown for an unprecedented loop.

“It’s really changed everything,” said Dr. Erik Wallace, associate dean of the university’s Colorado Springs branch, adding that when the pandemic hit, program officials essentially had to scrap normal curriculum at every level.

First-year students, for example, normally attend classes and lectures, participate in small-group activities and volunteer in the community. But all of that had to stop once people could no longer gather in sizable groups. Classes had to be restructured to go online.

Second-year students, Wallace said, were diligently studying for Step 1 of their board examinations, which he said is the “hardest exam they’ll ever take.” And though some students were readying to take the test right before the pandemic, testing sites were closed and students have since been left in limbo.

This, Wallace said, delays the start of their third year, when they’ll shift from mostly classroom-based learning to clinical work.

Doing so is vital for students, not only to provide them hands-on experience with patients, Wallace said, but also because it allows them to explore specialties they might want to pursue.

When the pandemic hit, third-year students were about six weeks from completing their core clinical rotations. But the crisis forced program heads to postpone those rotations.

Fourth-year students were also removed from clinical rotations. “Fourth year they start doing their internships, so those are rotations that are designed to get them better trained and prepared for going into the specialty of their choosing for residency,” Wallace said. “[Prior to the pandemic] they were setting up to do away rotations at sites across the country to get a better sense of what’s a good fit for them. And they were also preparing to take Step 2 of their board exams.”

Wallace says vital supplies such as Personal Protective Equipment have not kept up with demand — and outfitting medical students would exacerbate the issue.

Madeline Huey, a third-year student who is planning on specializing in either primary care or surgery, said after getting hands-on with patients through clinical rotations, it’s been difficult to sit on the sidelines watching the pandemic unfold.

“I’m very disappointed that I’m not able to help take care of patients,” Huey said. “Because I think this is an amazing opportunity to learn — as unfortunate as that is for patients who are sick — and the best learning happens in the hospital, not online in virtual classes. And I think after having the taste of being in the hospital, now the fact that I can’t go — it’s been encouraging that this is the right career path for me, because I know I want to be there.”

The medical school has developed online curriculum to keep students engaged while they’re unable to attend clinical rotations, and has also designed COVID-19 elective courses with information specific to the pandemic.

Wallace said that early in Colorado’s response, Gov. Jared Polis asked the CU School of Medicine to assist in developing a workforce of students to help in the community during the crisis.

Nikki Bloch, a third-year student, said that prior to the pandemic she spent 60-80 hours per week on school work, between clinical rotations and studying. So when her rotation workload was drastically reduced, she and her fellow students began service work in the community.

Bloch volunteered with the Mission Medical Clinic and has been involved in other efforts, but her focus has been helping design a screening process for those staying at the local homeless isolation shelter.

Josten Overall, another third-year student who has a master’s degree in public health, has been spending much of her time working triage lines for a local health care organization, answering questions about when to seek additional care.

Overall was also involved in a project with classmates in mid-April; they decorated the sidewalks of Children’s Hospital Colorado, Colorado Springs with colorful pictures and supportive messages for health care workers.

Megan Kunkel, who also participated in the sidewalk art project, said the service opportunities have helped ease the sting of missing clinical rotations.

“It’s just been nice to replace some of that uncertainty of where the rest of the year is going to go,” Kunkel said.

Wallace said School of Medicine students, as well other health professional schools tied to the university, have been contributing approximately 1,000 hours of volunteer service per week during the pandemic.

And while the year is not ending the way third-year students expected; many say they’re grateful for the opportunity to contribute in any way.

“Oftentimes as med students we are so eager to help and to deliver patient care,” Overall said. “And I feel like when we were taken out of the clinical setting … we felt this longing to want to be able to do something. … It’s been so meaningful to know that people are appreciating the little things we are able to do.

“And I think, if anything, we will come out [of the pandemic] so much more resilient. So a year or five years or 10 years from now, we’re going to look back and say, ‘Wow. We made it through a tough time and learned these skills that we could not have gained any other way.’”