McMillin: Want a home in Colorado’s mountains? Best prepare for wildfires and floods. – The Denver Post 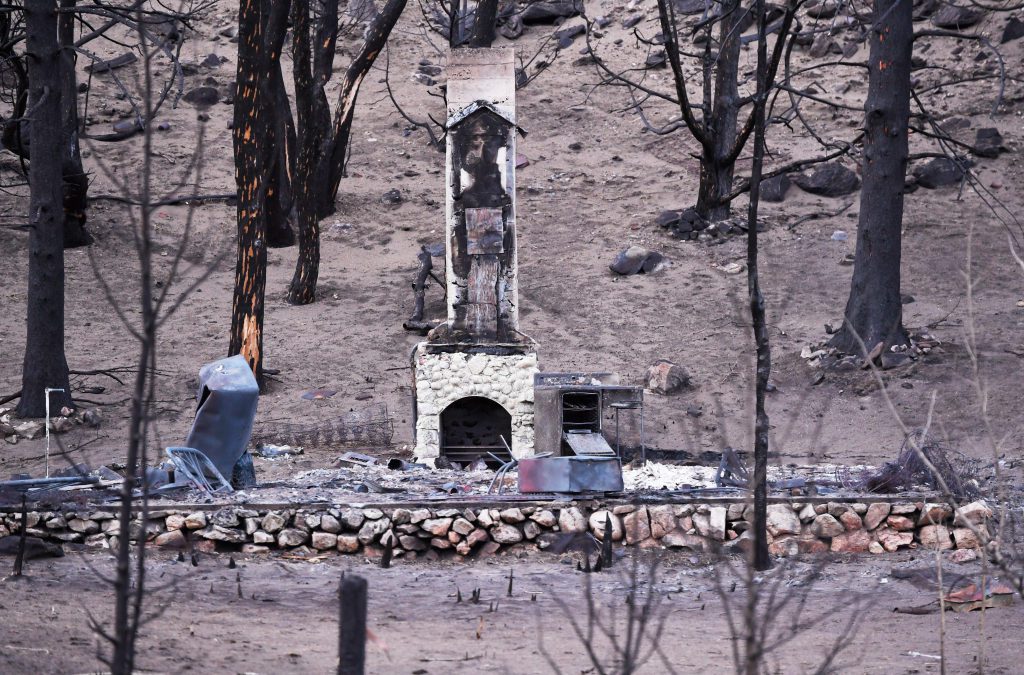 It’s time for those who live in Colorado to stop fooling themselves about the risks and impacts of wildfire.

Until we take a holistic approach to prevent and fight wildfires, we will continue to pay the high price of larger, hotter and more frequent wildfires that will threaten our communities and ecologies for years.

It’s urgent. Plans are in place for the work, so now the resources and policies must follow to ensure that things happen quickly and are sustained for the future.

State Forester Mike Lester says numerous devastating fires in the last two decades should have served as wake-up calls. But we kept hitting the snooze button.

“I would’ve thought the (2002) Hayman fire would’ve done it,” he said. “But I guess other things were more urgent. This last year, though, people started to realize ‘you weren’t kidding.’”

Many underlying conditions, such as drought, that fueled the 2020 fires remain, and can’t be fixed in a year, he said.

“This has to be part of our psyche going forward,” he said of work needed to reduce wildland fire risk. “We are never going to be done with this.”

Overwhelming amounts of data illustrate the urgent need for action, including these:

Lester and others, though, are cautiously optimistic about the attention wildfire issues now are getting at all levels of government and among state residents, and the recognition that improving forest health and reducing wildfire risks requires multi-pronged efforts. The legislature is adding money to the budget and in 2019 created the Colorado Fire Commission to integrate the efforts of various entities around the state.

Everyone recognizes that healthy forests not only mitigate wildfire risk, but they provide numerous benefits: clean air and water, wildlife habitat, outdoor recreation, and forest products.

“I’m optimistic that there’s a new energy in taking a look at the overall problem,” said Mike Morgan, director of the Colorado Division of Fire Prevention and Control. “For decades we focused on two things: mitigation of vegetation and response. And the competition (for resources) between the two.

“We need a more holistic approach or we’re never going to get past it,” he said.

That means getting a whole lot of people on board, including private landowners along with local, state, tribal and federal agencies. Colorado owns only 2.4% of its forests. Most of it, 65%, is federally owned, but 30% is privately owned. (Tribal ownership is 1.65% and local government ownership is .65%.)

It means working with utilities and emergency managers to ensure watersheds are protected, especially after fires have scarred the land and made it vulnerable to washing into streams and towns if heavy rain hits.

It means convincing homeowners to use fire-resistant materials and to cut down trees on their property. It means getting land developers to ensure people who live in the WUI have good access roads so they can get out in an emergency and firefighters can get in.

Colorado has no statewide mandates for land-use planning and development in the WUI, and many local governments have been reluctant to impose restrictions. But more and more people are seeing the benefits of mitigating risks, and collaborative projects have blossomed around the state. Examples include Wildfire Partners in Boulder County and the REALFire Program led by Realtors in Eagle County.

A couple of things have helped.

Tens of thousands of people have been evacuated during wildfires in recent years, and hundreds have lost homes and belongings. This club, to which no one wants to belong, grows every year. Traumatized as they are, these folks have helped spread the word that fire is no longer a risk you simply acknowledge if you live in a forest but a risk you must mitigate.

There is also the money issue: the cost of insurance and even the struggle to get insurance if your home is in the WUI.

“People dream of moving to Colorado and living in the mountains, but they need to understand there is a responsibility there,” said Carole Walker, executive director of the Rocky Mountain Insurance Association, which has partnered with the Colorado Association of Realtors, among others, to educate residents and would-be residents about wildfire risks.

While there is a wealth of information and data about wildfire risks, there still are people who want to live where they want to live, build what they want to build, and leave all the trees and vegetation standing.

Building codes in some counties may allow that, but county commissioners across Colorado are increasingly taking notice that unthrottled development can increase risks for an entire community — not only for fire but for post-fire flash flooding that can continue for decades.

Insurance companies with mounting wildfire losses throughout the mountain west have been quicker to react. And agents often are the first to deliver the message to a would-be homeowner: you must mitigate your risk or we won’t insure you.

Home insurance per se is not required, but you can’t get a mortgage without insurance so about 95% of primary residences are insured.

Home and property inspections in the WUI have become de rigueur and homeowners often are given precise instructions on what must be done to qualify for insurance. If they live within a community-wide mitigation program it is a bit easier as they usually can get a certificate of compliance that helps with rates, Walker said.

She noted that many homes being built in mountain communities are second homes, and they increasingly are large and expensive.

If that’s the case, it seems to me there’s little excuse for not using fire-resistant materials and reducing fuels near the home. Maybe we could work to make concrete homes trendy.

The range of fire-resistant building materials has increased, but they tend to add cost and don’t always fit with what a person wants to build, said Josh Peterson, with Vanguard Homes and Viceroy Development in Colorado Springs.

Peterson, who was on the team that helped Colorado Springs develop a home design manual for building in the WUI, said he’s on board with the concept of mitigating fire risk but wishes there was more “out of the box thinking.”

For example, if a builder wants to combine materials such as popular tongue and groove deck coverings and code X drywall that has been code tested individually but not as a system they can’t do it without a costly system test.

Meeting the architectural desires of homeowners and the requirements of building and fire codes is sometimes tough, he said. Despite the frustrations, he lauded the collaboration and communication from fire and government officials that have helped everyone educate the public.

That is key to the holistic approach being pursued, but the experts recognize we’re not there yet.

“We’ve got to do the right work at the personal, community and state level,” Walker said. “You’d think we’d be there, and we are getting there, but it’s still a road ahead.”

Everyone can help Colorado restore its forests and mitigate the risks of wildland fires, most of which are human-caused.

Sue McMillin is a long-time Colorado reporter and editor who worked for The Gazette and Durango Herald. Now a regular columnist for The Denver Post and a freelance writer, she lives in Cañon City. Email her at suemcmillin20@gmail.com.