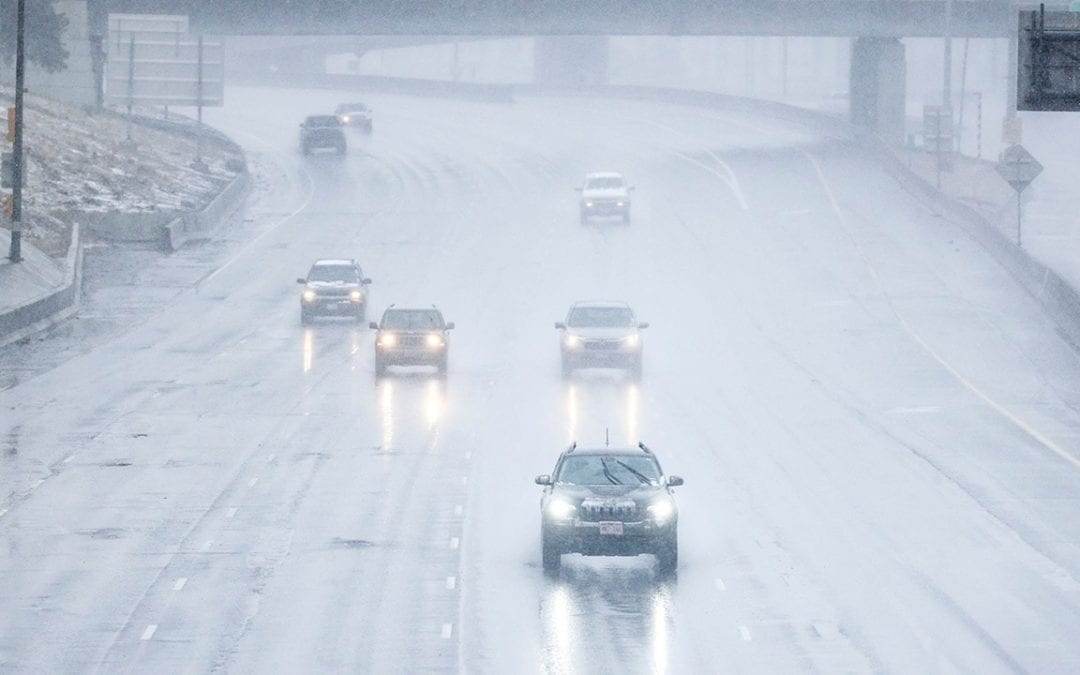 A severe snowstorm in Denver has forced officials to cancel thousands of flights over the weekend.

The snowstorm will therefore bring much-needed relief, even as it causes havoc for travel across the state.

The National Weather Service issued winter storm warnings, with some areas seeing as much as 9 inches of snow over Saturday night and projections of up to two feet by Monday morning.

Travelers tried to beat the storm, but 750 flights were canceled throughout the day. All Sunday flights have been canceled, totaling over 2,000 flights throughout the weekend.

Denver International Airport is projected to see as much as 27 inches of snow, CBS 4 Denver reported.

Workers use a wheelbarrell to collect chairs from an outdoor dining area in Larimer Square as a snowstorm sweeps over the intermountain West Saturday, March 13, 2021, in Denver. Forecasters were predicting up to three feet of snow from the lumbering storm, which started slowly around the noon hour Saturday. (AP Photo/David Zalubowski)

Gov. Jared Polis activated the National Guard ahead of the storm, advising residents to stay home and stay safe.

“Let me advise you — you don’t want to be one of those people that might have to be search, found and rescued,” Polis said. “I encourage you to be at a safe location from shortly after sunrise Saturday through Sunday afternoon if it’s snowing in your area, until conditions become safe.”

Pedestrians fight blowing snow as they move eastbound along Colfax Avenue as a snowstorm sweeps over the intermountain West Saturday, March 13, 2021, in Denver. (AP Photo/David Zalubowski)

Transit authorities also closed down roads and highways, with the Colorado Department of Transport asking residents not to make unnecessary trips.

The heavy and wet snow could also cause power outages. Utilities such as Xcel Energy — which is estimated to serve nearly 1.5 million customers in Colorado — are signaling to workers to start preparing for a potentially busy weekend.

Authorities are working to keep major roadways like I-70 from closing, but road conditions remain rough.

Denver International Airport advised travelers to double-check the status of their flight before heading to the airport and creating unnecessary traffic and delays.