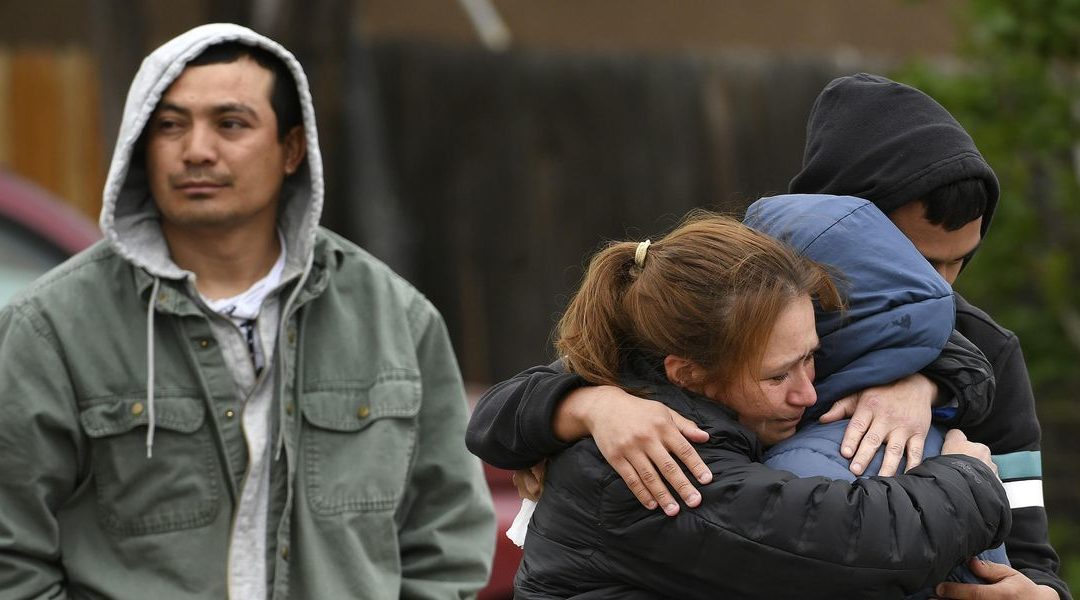 A suspect opened fire at a Colorado birthday party on Sunday, killing at least six people before turning the gun on himself.

The suspect, whom authorities have yet to publicly identify , reportedly opened fire at a Colorado Springs birthday party, killing six adults. Children who were attending the party witnessed the killing spree.

He then was said to have fatally shot himself.

According to a Monday report from the Associated Press, the suspect is believed to have been the boyfriend of a female victim at the party.

The birthday party was for one of the people who was killed, the outlet noted.

Neighbor Yenifer Reyes said that she heard the gunshots and thought they were thunder.

“Then I started hearing sirens,” she added.

She also recalled police ushering children who were “crying hysterically” from the home.

Authorities have yet to divulge the identities of the victims at the time of this reporting and stated that a motive was not immediately known.

The investigation is ongoing.

Colorado Springs Police Chief Vince Niski expressed his condolences in a statement on the incident.

“My heart breaks for the families who have lost someone they love and for the children who have lost their parents,” his statement read.

Niski added, “Words fall short to describe the tragedy that took place this morning. As the chief of police, as a husband, as a father, as a grandfather, as a member of this community, my heart breaks for the families who have lost someone they love and for the children who have lost their parents. From the officers who responded to the shooting to the investigators still on scene, we are all left incredibly shaken.”

Colorado Gov. Jared Polis (D) also tweeted about the incident, writing, “My thoughts and prayers are with the families of the victims of today’s tragic act of violence in Colorado Springs.”

“The tragic shooting in Colorado Springs is devastating, especially as many of us are spending the day celebrating the women in our lives who have made us the people we are today,” he continued. “Multiple lives were taken today by this terrible act of violence. Families torn apart, and at a birthday party no less.”

Polis concluded, “My deepest condolences and prayers are with the victims, their families, and everyone else impacted by this tragedy.”

My thoughts and prayers are with the families of the victims of today’s tragic act of violence in Colorado Springs. https://t.co/fp1wtNRloO