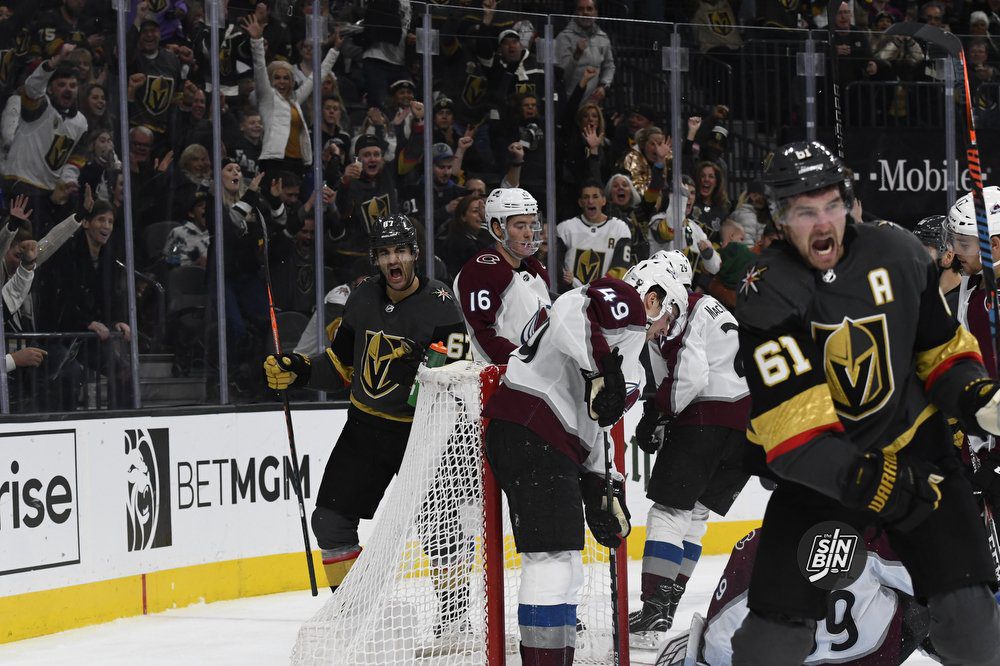 The Golden Knights and Colorado Avalanche have met six times so far this season. Each team has won three but the Avs hold the slight edge as one of their three losses came in overtime.

It might sound oversimplified, but at this point in the season, every person who puts on Golden Knights clothing, be it players, coaches, management, scouts, literally everyone, should have a one-track mind from now until the end of May.

How do we beat Colorado?

With the playoff set up this season, both the Golden Knights and Avs are already essentially locked into the playoffs. It’s possible the seeds move around, but in all likelihood, they’ll each play someone else in the first round setting up for the inevitable matchup in the second round.

Everyone knows it’s coming, it’s just a matter of what the path looks like to get there. That’s why the focus should constantly be on them. The strategy at the deadline should be aimed at beating Colorado. The goalie rotation should be aligned in a way that best helps beat Colorado. Rest days, line shuffles, injury management, system tweaks, you name it, it should all be focused on that one same thing.

The good news is that Vegas has somewhat of a blueprint of how they can get it done, one Mark Stone helped lay out after the crushing 5-1 defeat on Thursday.

They have four or five really good puck-moving defensemen. If you turn pucks over they turn and go. We weren’t getting pucks in. We weren’t getting our forecheck established. If you put pucks in behind them, they don’t really want to go back and get it. But if you turn it over, they transition the puck better than anyone in the league. -Stone

Vegas was much more willing to dump the puck in behind the Avs and attempt to work their forecheck. The 4th line had their best game of the six against Colorado spending most of their time in the offensive zone setting up shots from the point, one of which William Carrier tipped in.

The forecheck as a whole had more of an effect, which led a clogged neutral zone against the transition-heavy Avs, and defensively the Golden Knights took a simpler approach to exiting looking to clear the zone rather than feed their own attack.

They play a different style than most teams and we’re going to have to adjust to it. We’re not going to beat this team off the rush. They’ve got some guys who really do a good job. We’ve got to make them come 200 feet to beat us and I don’t think we did a very good job of that. -Stone

Vegas did adjust to it between Thursday and Saturday and it certainly paid off. However, the Golden Knights still needed a power-play goal, a 4th line goal (their first against Colorado in six games), a masterclass from Fleury in net, and a game-winner in 3-on-3 overtime to defeat the Avs.

The question remains, are the Golden Knights good enough offensively to play this style of heavy hockey and score enough to defeat a team that averages 3.42 goals per game?

That’s where the rest of the season comes in. Even though that brand of hockey may not be the best way to beat Los Angeles, St. Louis, Anaheim, or anyone else in the West Division, it’s what Vegas should be working on every single night. They should be trying to add new wrinkles to it by experimenting with lines, pairs, and replacement players. And most importantly, they should have their eyes toward the deadline with an ultra-focus on what must be added to beat Colorado.

We know the Golden Knights can do it, but we also know it can go the other way as well. Vegas has the luxury of time, due to the horrific division and their excellent play on the ice. They must utilize it because come mid-May when the matchup finally becomes a reality, all this lead-up will be scrutinized.

If they use it well, they’ll be headed to the NHL’s version of the Final Four as the West Champions. If they don’t, we’ll all be left wondering what a waste of time this entire year ended up being.

The post Mark Stone’s Colorado Blueprint Must Be One And Only Focus For VGK appeared first on SinBin.vegas.