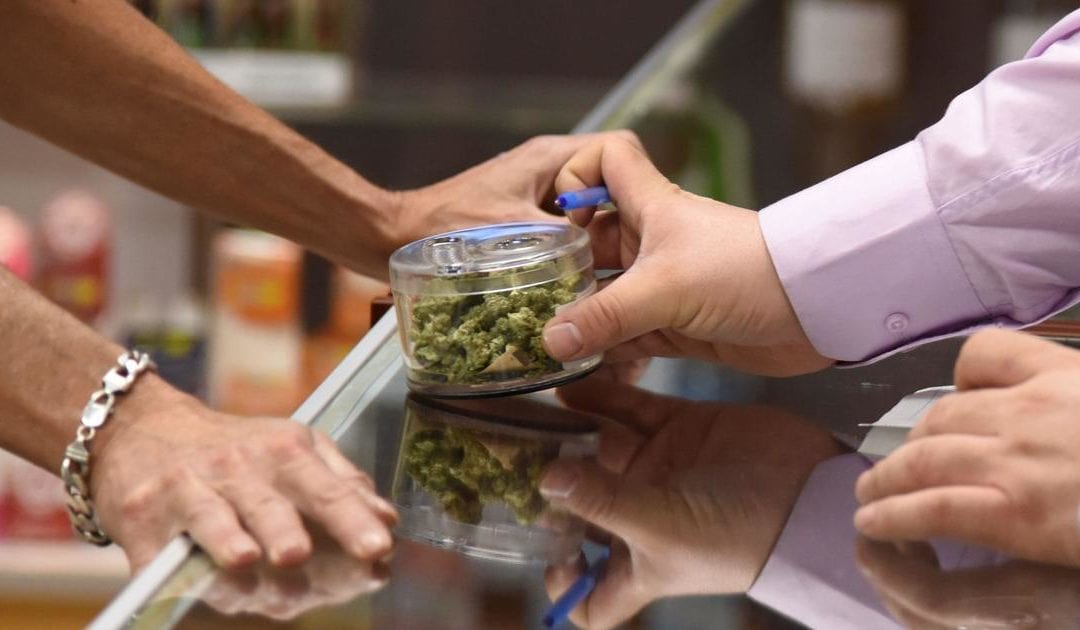 Being deemed “non-essential” during the coronavirus outbreak has forced businesses across the country to shut their doors. One industry managing to survive lockdowns and stay-at-home orders: Marijuana dispensaries, which are considered an essential service in many states.

In California, where recreational weed is legal, cannabis has been deemed an essential medicine for residents, and dispensary operators are allowed to stay open provided they adopt social distancing rules, according to the state’s Bureau of Cannabis Control.

To answer a popular question: cannabis dispensaries with a medicinal cannabis license are considered essential and may remain open. https://t.co/9f8LQDXWCP

But during an outbreak of a deadly respiratory disease, are they?

According to the Centers for Disease Control, marijuana can have many therapeutic benefits for cancer patients and people with multiple sclerosis. Cannabis-based products may help prevent and ease nausea caused by chemotherapy and help muscle spasms in adults with multiple sclerosis. But the CDC also says there are some health effects that could come from using the drug.

David Knowlton, who owns a marijuana cultivation facility with an attached dispensary in New Jersey, said he was at first worried he wouldn’t be able to operate during the coronavirus outbreak. “This was clearly uncharted territory,” Knowlton told CBS News via email. “However, Gov. Murphy wisely recognized that we are providing needed medication to tens of thousands of New Jerseyans.”

Knowlton said he was not shocked that his business was deemed one of the essential ones. “Access to medical cannabis is as important as access to any other needed medication,” he said, adding that in his state, a patient must have an approved condition to get medical marijuana. “There is nothing in the current crisis that would mitigate that need or the appropriateness of that use,” he said.

His customers use medical marijuana for a variety of reasons – from post-traumatic stress disorder and severe anxiety to Crohn’s disease, cancer, seizure disorders, multiple sclerosis and Parkinson’s disease.

“Yes, these diseases might become exacerbated at times of high anxiety or crisis but even in a calm state, our patients need access to their medical cannabis to mitigate the symptoms,” he said. “Cannabis is an important, symptom-mitigating medication. Our patients would be seriously compromised without it.”

Knowlton added that his dispensary has remained busy “partly because the uncertainty and stress of these times and partly because there have been some long lines and some product shortages elsewhere that have put some pressure on our dispensary.”

His shop has implemented social distancing and customers are asked to take a number, like at a deli, he said. “People are now waiting in their car until their number comes up and then entering the dispensary one at a time,” Knowlton told CBS News.