Marijuana delivery, social equity reform and other Colorado cannabis trends to watch in 2021 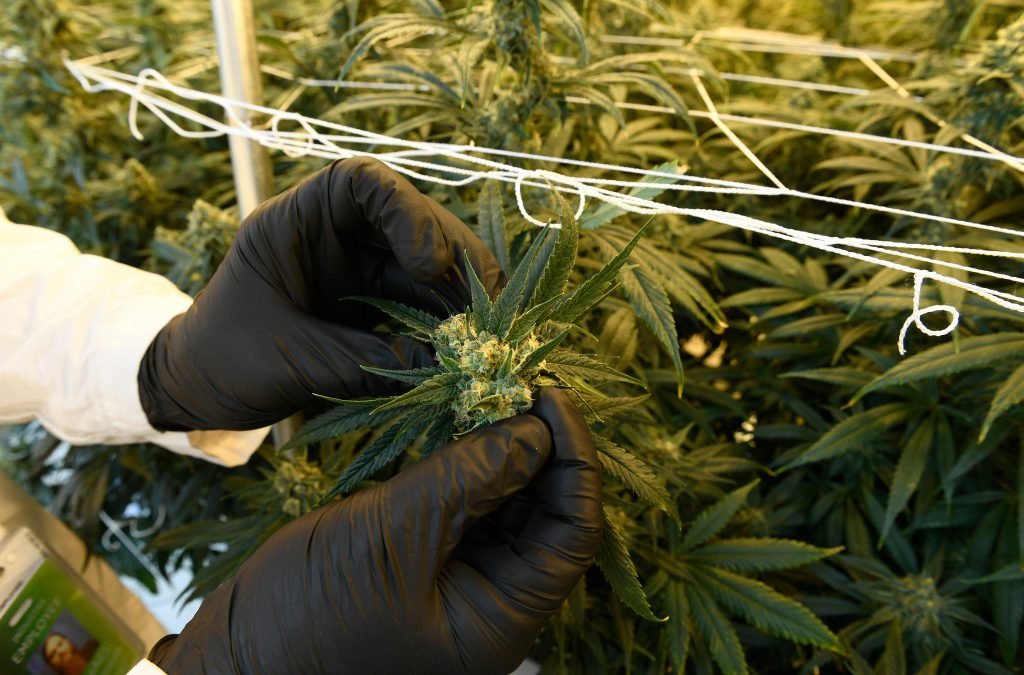 Colorado’s marijuana industry experienced a banner year in 2020 — not in spite of the COVID-19 pandemic, but because of it.

Dispensaries across the state were declared essential businesses and allowed to operate while bars, restaurants and gyms were forced to close. That designation helped sales exceed analysts’ expectations.

According to Roy Bingham, co-founder and executive chairman of Boulder data firm BSDA, the national market grew more than 45% to $18 billion in 2020, outpacing forecasts by about $2 billion, an increase attributable to “the COVID effect.” Cannabis consumers shopped less frequently but purchased more, including many newcomers with increased at-home time on their hands, he said.

Colorado sales hit historic highs, shattering the 2019 annual record of $1.75 billion within the first 10 months of the year, according to the Department of Revenue. The state also passed legislation defining social equity in hopes of reducing the lucrative industry’s barriers to entry for people of color.

“As someone who spent a significant percentage of their life as a criminal for doing something that was not wrong at all, it’s pretty amazing to have the community and social validation from our government that cannabis is an essential good to people’s lives,” said Jordan Wellington, partner at Denver’s VS Strategies, which specializes in cannabis policy. “Just that transition from illegal to essential for someone like myself is a pretty massive thing personally, as well as a very important milestone for our industry.”

These developments and a November green wave that saw five new states legalize marijuana in some form have increased anticipation for what’s next in the industry. The Denver Post spoke with experts about the trends in technology, products and legislation they’re watching in 2021.

Online ordering and doorstep delivery were critical to life in 2020, as consumers traded the in-person shopping experience for contactless groceries, pet supplies, alcohol and other items. Soon that luxury will be afforded to Colorado weed smokers.

Several other municipalities are prepared to start recreational deliveries in 2021.

The Aurora City Council recently approved an ordinance to set up a delivery program that allows residents to order marijuana to their doorsteps. Likewise, Denver recently unveiled draft rules for medical and recreational delivery in hopes of accepting applications by July 1, though it’s unclear when the City Council will move on the proposal. Both cities plan to make licenses for pot transporters available exclusively to social equity applicants for the first three years after launch.

Bingham expects online shopping platforms to improve as digital ordering and delivery become more widely available. He predicts an “Amazon-like experience,” in which users are able to log in, look at their past orders and receive recommendations based on what they’ve previously purchased.

Product-wise, smokeable flower dominated the market in 2020 despite COVID-19 being a respiratory disease, according to BSDA data. Vapable concentrates recovered market share lost due to the 2019 vaping crisis and continue to rise in popularity, Bingham said.

In 2021, he expects concentrates and edibles to be the fastest growing segments of the market, as consumers search for more predictable psychoactive experiences. Products sold in microdoses, such as 2.5 milligrams of tetrahydrocannabinol (THC), and edibles touting rapid-onset and rapid-offset are likely to appeal to both new and more experienced users, he said.

“That’s also one of the factors behind the growth of vaporizers is you can get a very small hit in a consistent way,” Bingham said. “Vaporizer products are likely to be the No. 1.”

Hospitality licenses, which allow for businesses where customers can use cannabis onsite, were also approved during Colorado’s 2019 legislative session. Since the pandemic disrupted the state’s bar and restaurant industries, Wellington doesn’t expect many to open in 2021. He does, however, expect more municipalities to craft regulations allowing these types of businesses.

Denver announced its plans for cannabis-friendly “bars” in early December, though it’s unclear when the City Council will consider the proposal.

Many of the bills related to cannabis were overshadowed by the coronavirus pandemic during the 2020 legislative session. In June, however, Gov. Jared Polis signed a bill that later enabled him to pardon thousands of residents with low-level marijuana convictions. It also defined social equity and laid the groundwork for cities to launch their own programs focused on creating businesses opportunities for people of color — reparations for those who have been and often still are disproportionately persecuted by the war on drugs.

“We will see for years to come the ripple effects of our social equity program in Colorado’s cannabis industry and it will not only create opportunities at the state level for persons harmed by the drug war to participate meaningfully in our industry, but also create a foundation that local governments can build on,” Wellington said. “We’re already seeing that today.”

The 2021 General Assembly, the bulk of which has been delayed until February, is gearing up to be a double session for cannabis reform, Wellington said. The top priorities on his docket include building upon social equity work by advocating for record expungement and sealing, and codifying some of the new business privileges granted this year by executive order, such as being able to offer telemedicine to medical cannabis patients and allowing curbside pickup.

Other issues are likely to be resolved at the federal level and will largely hinge on which party wins the runoff election in Georgia and therefore controls the Senate, said Aaron Smith, co-founder and chief executive officer of the National Cannabis Industry Association.

Smith doesn’t expect to see federal legalization in 2021, but rather incremental reform. His organization will be focused on advancing the Secure and Fair Enforcement (SAFE) Banking Act, sponsored by Rep. Ed Pearlmutter, D-Arvada, and the Marijuana Opportunity Reinvestment and Expungement (MORE) Act. The House of Representative passed both bills in September 2019 and December 2020, respectively.

The former would protect banks from retribution by the federal government for working with canna-businesses and enable dispensaries and cultivations to secure loans or lines of credit. The latter would decriminalize the use of marijuana throughout the United States and tax it at the federal level, among other reforms.

Whichever party ends up controlling the Senate, Smith said marijuana is no longer something the federal government can ignore.

“This is now an issue in which three out of four senators represent a state with some kind of cannabis industry, whether it be medical or adult-use,” he said. “As we get past the pandemic, it’s going to be really important for lawmakers to understand that this is an industry that has potential for economic revitalization. Just the fact that we were deemed essential in most states really underscores that.”