Many Colorado families struggle to afford pricey summer camps. A nonprofit is footing the bill for hundreds. 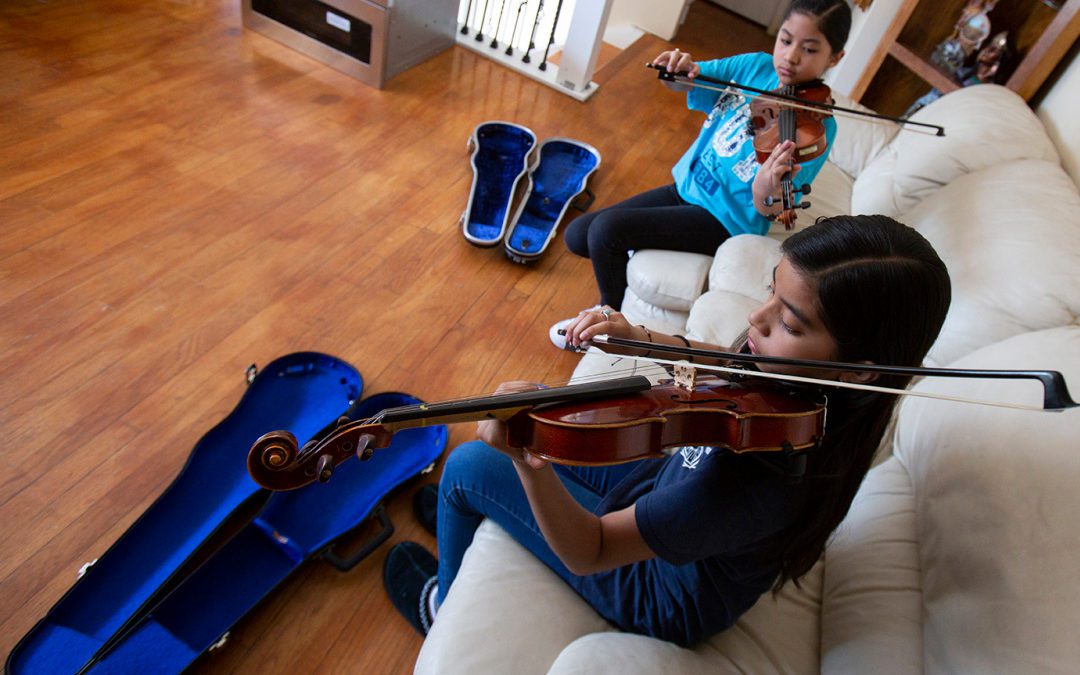 For many Colorado kids, options for summer break are limitless, from day and overnight camps to trips to museums and zoos. But for others, summer comes with far fewer opportunities, boiling down to those that are low cost or no cost.

In many cases, how students spend their summer is dictated by the kinds of activities, camps and learning experiences that their families can afford. The sharp differences in opportunities that kids can access during the school year are mirrored, if not magnified, during June, July and August.

A Colorado nonprofit is trying to bridge the opportunity gap by putting more dollars directly in the hands of parents, empowering those who know what their children need best to make decisions about how their summer plays out. ReSchool Colorado, which aims to make learning outside of school more accessible for all students, will connect nearly 800 kids to summer activities or summer resources that may otherwise dangle out of reach: attending summer camps; getting tutored; enjoying arts programming; receiving swim lessons; or obtaining materials such as books, school supplies and art kits.

The nonprofit isn’t the only one in Colorado committed to helping low-income families overcome the financial hurdle of summer fun. Other organizations, including Boys & Girls Clubs and Denver Afterschool Alliance, are also working to provide low-income families with options for summer programming. But ReSchool Colorado, which emerged in 2013 under the Donnell-Kay Foundation and became its own nonprofit in 2018, is unique in that it funnels dollars to families so that they can choose the camps, activities and resources that suit them best.

Children and their parents have a strong sense of what they’d like to try or what academic challenges they need to tackle, said Amy Anderson, executive director of ReSchool Colorado. When parents have access to resources to use in the way that reflects the best interest of their child, “it’s what every parent wants for their kid, really,” she said.

Each year, more-affluent families on average spend between $5,000 and $10,000 on out-of-school activities per child to supplement learning, Anderson said, citing “Our Kids,” a book by Harvard University research professor Robert Putnam.

Anderson’s organization will provide low-income families $500 per child this summer to pursue summer programming, building off an initiative last summer that granted dollars to families hit especially hard by the pandemic. ReSchool Coloradodispersed about $25,000 to more than 160 kids from 71 Colorado families last year to propel their learning over the summer. But the need far exceeded that pot of money — within two weeks, the organization netted 500 applications and had to shut down the application process because of its limited dollars.

The summer funding initiative expanded on ReSchool Colorado’s efforts with its Learner Advocate Network, through which it has assisted employees from Saint Joseph Hospital in Denver and Lutheran Medical Center in Wheat Ridge. The organization helps staffers who struggle to juggle work and meet their children’s needs — especially during summer, when working parents need to find a safe place for their children. As the pandemic hit, health care workers faced the same challenge during the school year, wondering how to care for their kids while also needing to be on the job.

For several years, the organization also gave families grants, or “learning dollar funds,” through which it helped parents part of the Learner Advocate Network solve some of those problems and afford learning opportunities their children may otherwise not have. Those dollars have helped parents afford everything from sports equipment to instruments to camps and other enriching activities. As needs for access to summer learning escalated among families statewide last year during the pandemic, the organization shifted to fund a broader pool of parents and kids.

This year, the nonprofit’s Learning Dollar Fund has ballooned to about $400,000, through grants and donations. The fund folds into ReSchool Colorado’s core mission of leveling the playing field when it comes to learning beyond the classroom. Anderson said that school accounts for about 20% of a child’s waking hours every year.

For the remainder of their time, she said, “it’s important to fill that with experiences and opportunities that will help them carve their path toward their future.”

Last summer, ReSchool Colorado sent money directly to families, but this year the organization has set up a technology platform, ClassWallet, where families can select from approved activities and resources they want to use their dollars toward.The organization wants to figure out how to pull off this kind of program at a much larger scale and is experimenting with the platform to see how effectively it aids families.

ReSchool Colorado — which also launched an online tool to educate families about year-round learning opportunities in their communities — is also partnering with a handful of community organizations who can connect with local families in need in the Denver metro area, as well as in smaller cities and in rural Colorado. The organization is prioritizing low-income Colorado households with children ages 5-17.

Gaby Gonzalez, a customer-service representative at Saint Joseph Hospital, has created more enriching summers for her kids the past two summers with help from learning dollars. Gonzalez,who lives in Arvada with her husband and five children, spent $400 in learning dollars on sports equipment for her kids last summer. The family bought soccer nets, a soccer ball, other soccer equipment, a volleyball and roller skates to keep their kids on the move outdoors.

“It kept them active, which was really important for us,” Gonzalez said, noting that after limited school gym classes, she was particularly eager for her children to zoom around outside.

This summer, she and her family will change gears and focus on the musical side of learning as she hopes to invest dollars in violin lessons for her twin daughters, who are 10 and attend Rocky Mountain Prep Berkeley Elementary Charter School in Denver. The duo started lessons in February and will continue them through the summer, potentially with help from ReSchool Colorado. Gonzalez said her daughters don’t have much of an opportunity to learn how to play an instrument at school, and she wants them to have that chance as everyone comes out of the pandemic.

Receiving money that her family can decide how to spend has helped Gonzalez be able to better steer her kids’ education.

“We have more of a choice,” Gonzalez said.

Aurora resident Imelda Diaz bought a $179 lifetime membership for Rosetta Stone with $550 in learning dollars given to her last summer for her five children. She knew the tool would help her oldest two kids, who are students at Global Village Academy, a language-immersion school in Aurora. While her seventh-grade son is learning Spanish and English, her sixth-grade son is learning Mandarin and English and has struggled with parts of the former. Her family used to rely on a tutor to assist him, but they had to cut ties when they could no longer afford it.

“I don’t want them to forget what they’re learning,” said Diaz, a customer-service representative at Saint Joseph Hospital.

She also devoted part of the funds to workbooks for her oldest two sons and pre-K books for her younger kids. If her family benefits from another round of learning dollars this summer, Diaz hopes to invest in sports for her elder two boys — baseball for her seventh-grader and football for her sixth-grader, who she said has stopped asking about playing because he knows his family doesn’t have the money.

She would also consider buying a Chromebook. Diaz dropped out of high school and has since completed her GED. She wants her own kids to stick with learning and develop the kind of passion for it that she wasn’t able to while in school.

“I just want my kids to be better than me,” she said, “and I want them to learn and have access to whatever things they need in order to help them in their education.”

Paola Ramírez, director of family and community partnerships at ReSchool Colorado, anticipates families will opt for more in-person experiences this summer with learning dollars, including in-person summer camps, sports and tutoring, so that children can reignite relationships after so much time kindling them virtually.

By offering funds more directly to low-income families, they’re able to secure a place in line when registering for summer activities, Ramírez said, and add more diversity to programs, which only enhances learning for everyone involved.

And kids are able to have the kind of summer fun they need — at least that is what Anderson is setting out to accomplish.

Her biggest hope: that families on the receiving end of learning dollars find that being part of the program “opened up opportunities for them and gave their children a joyful summer.”