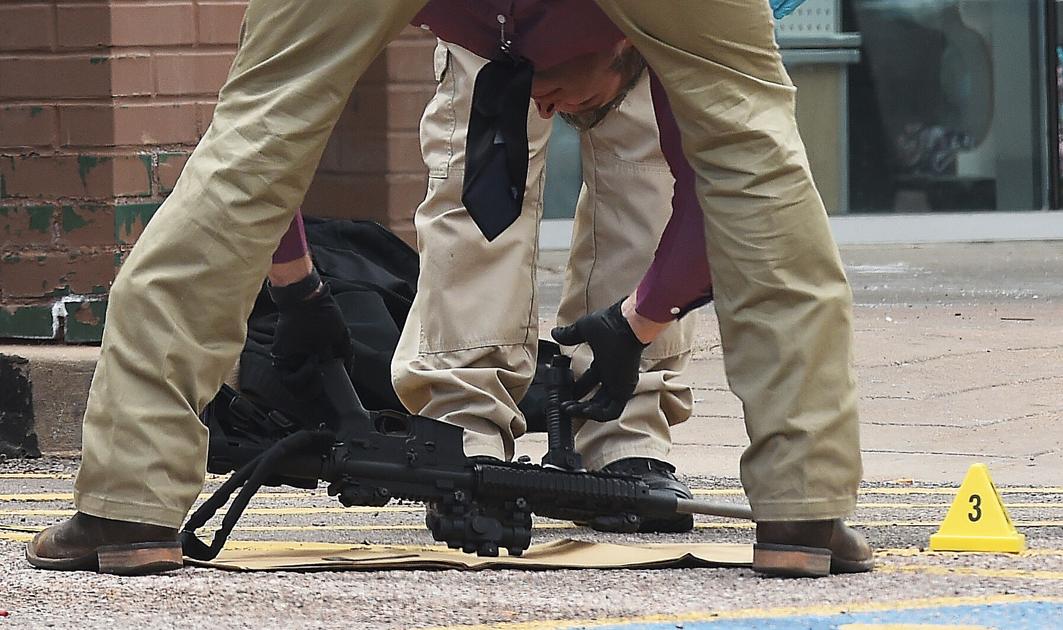 A man with a military-style assault rifle was shot and killed early Thursday in the second officer-involved shooting in El Paso County in four days, according to law enforcement officials.

Police said they shot the man, whose name hasn’t been released, after he accosted a customer at a gas station fuel pump.

At about 6:30 a.m., as part of a specialized detail looking for stolen cars, Colorado Springs officers saw a vehicle with a missing license plate in the parking lot of the Quality Inn and Suites on West Garden of the Gods Road and tried to approach the occupant, police said. The man drove off, but got stuck on a curb before he could get far.

“The suspect then exited that vehicle with an AR-15 rifle, placed it under their chin,” said police department spokesman Lt. Jim Sokolik. “The suspect then began to walk towards Garden of the Gods.”

Police said the man crossed the parking lot, ignoring repeated commands to drop his weapon, and began to approach a person pumping gas into a car at the adjacent Phillips 66 station.

“One of the officers from CSPD deploys his Taser,” Sokolik said. “That Taser is ineffective.”

An officer then opened fire, wounding the suspect. He was taken by ambulance to Penrose Hospital, where he later died. Police did not specify how many rounds the officer fired or how many times the suspect was hit.

“The identity of the suspect will not be released until positive identification has been made by the Coroner’s Office and the next of kin has been notified,” officials said in a news release. No additional injuries were reported.

The vehicle was later confirmed as stolen, police said.

Sokolik said the officer who shot the man was placed on paid leave while the El Paso County Sheriff’s Office investigates the shooting.

On Monday evening at around 5 p.m., a Fountain police officer and a Colorado State Patrol trooper fired shots at a suspect after a chase on Interstate 25, killing 38-year-old Robert Paul Garcia.

Officers said they stopped Garcia near I-25 and North Academy Boulevard after chasing him from Pueblo. Colorado Springs Police took over the investigation of that shooting.