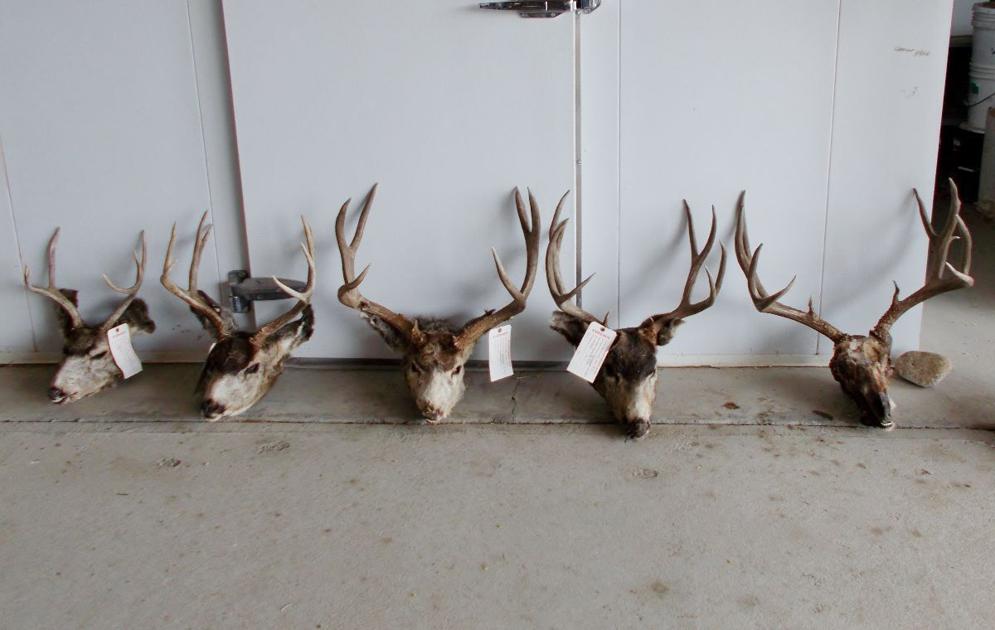 A Colorado Springs man has been banned from hunting for life in Colorado after an investigation led by multiple law enforcement agencies found he committed a number of poaching crimes.

Iniki Vike Kapu will likely never legally hunt again in Colorado or the other 47 states through the Interstate Wildlife Violator Compact after pleading guilty to misdemeanor poaching charges in three Colorado counties including Teller, Fremont, and Chaffee.

According to a press release from Colorado Parks and Wildlife, the 28-year-old is accused of illegally killing 12 deer, two turkeys, and a bighorn sheep ram.

“Mr. Kapu’s crimes against wildlife are the essence of what defines a poacher by taking wildlife without regard for the laws protecting them,” CPW hearing examiner Steven Cooley wrote in his decision to permanently suspend Kapu’s hunting privileges.

Kapu was sentenced to six months in jail and three years of supervised probation. He also forfeited all the weapons he used in the poaching incidents and paid more than $5,000 in fines.

Thanks to a public tip, @COParksWildlife stopped a 3-county poaching spree and the poacher is paying a steep price. This is Operation Game Thief at work. Suspect poaching? Call 877-265-6648 or email game.thief@state.co.us​​. $500 reward for big game. https://t.co/FN3HWwFEGm pic.twitter.com/dlVK0Nc9qR

Officials say Kapu has 35 days to appeal the lifetime suspension to the CPW Commission.

“Let this be a warning to anyone out there who is contemplating poaching wildlife in Colorado,” said Frank McGee, CPW area wildlife manager in Colorado Springs. “Colorado Parks and Wildlife aggressively pursues anyone who illegally takes wildlife. When you poach, you are stealing from all residents of Colorado.

Cooley said that Kapu is a “serious threat” to the state’s wildlife, stating that his violations are among the worst.

Authorities received information about a red truck with a dead deer in the back and spoiled meat, which was left abandoned on a remote road in the Pike National Forest.

Anyone with information of a possible crime against wildlife is asked to call CPW, or report it anonymously to ​Operation Game Thief by calling 1-877-265-6648.