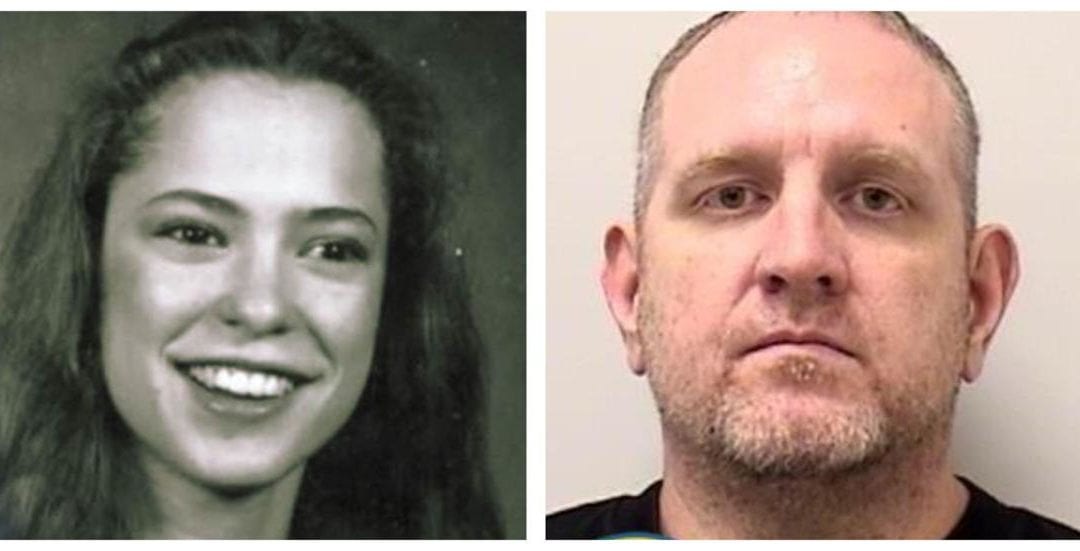 A man tied by DNA to the long-unsolved 1988 slaying of a Colorado Springs woman pleaded guilty Wednesday, averting an insanity trial set for April.

James Edward Papol, who was 15 when he attacked Mary Lynn Vialpando in an alley in the Old Colorado City neighborhood, faces 40 to 60 years in prison under the terms of a deal in which he pleaded guilty to second-degree murder and aggravated robbery.

Wearing an orange jail jumpsuit with his hands cuffed and his legs shackled, the now 48-year-old told 4th Judicial District Judge Robin Chittum that he intended to steal the woman’s jewelry when he stabbed her and pushed her to the ground, causing her to hit her head on a rock.

He left out that there was evidence he had sexually assaulted Vialpando, stopping short of delivering a full accounting of a crime a prosecutor called  “the stuff of nightmares.”

Former District Attorney Dan May, who prosecuted the case, called Papol’s omission the tragic result of the statute of limitations expiring on a sexual assault charge.

Papol’s sentencing is set for May 5, and the prosecution intends to introduce evidence of the rape in making its presentation, May said.

The victim’s daughter, Coral Vialpando, who was 4 at the time of her mother’s murder, shook her head in court and began to weep as Papol entered his plea. She was comforted by her aunt, Vialpando’s sister Cynthia Renkel of Parker.

“I’m just pleased he accepted the plea. It’s a relief,” Renkel said after the hearing, declining any further comment.

May, who retired in January after 12 years as the Pikes Peak region’s top prosecutor, stayed on at the DA’s Office to see the case to its conclusion. He was assigned the case as a young prosecutor, and it marked the first time he was present when a murder victim’s loved ones were notified of a death, he recalled.

“It took too long for justice to be served,” he said. “It has torn this family apart.”

Papol’s long prosecution was steeped in legal arguments stemming from changes in the law since the crime was committed. The defense, for example, had initially fought to have him prosecuted as a juvenile under 1988 penal codes, which could have limited penalties against him. Chittum ultimately ruled he would face a first-degree murder charge as an adult, leaving him eligible for a life term in prison without the possibility of parole.

Also in court was district attorney’s investigator and retired Colorado Springs police detective J.D. Walker, who played a role in the initial investigation. Seeing Vialpando’s killer admit his guilt was “the ultimate,” he said.

Prosecutor Stephanie Redfield echoed their comments, calling the crime “the stuff of nightmares.”

“We fought so hard to get the sexual assault charges in,” she said.

In 1988, Papol was a teenager living with his mother and younger siblings in an Old Colorado City motel near the alley where Vialpando’s body was found. He was identified as the woman’s killer two decades later, after his DNA was matched to a profile developed from semen collected from the victim.

When he was arrested in 2018, he was a patient confined at the Colorado State Mental Health Institute at Pueblo — the result of prior insanity commitments that have mostly kept him at the state hospital for much of the past two decades, according to his legal team.

While confined at the state hospital, he told his mother that he didn’t kill Vialpando, police said in an arrest affidavit.

Papol, instead, claimed that he encountered her body and touched it to check for signs of life, causing it to roll down a hill. He told his mother he took jewelry and ran off.

In court on Wednesday, he sat bouncing his left leg at the defense table while acknowledging he was guilty of murder and robbery, telling the judge the plea deal was in his best interests and in the best interests of “the families involved.”

Papal previously pleaded not guilty by reason of insanity. His about-face in court came four months after an insanity trial was halted after two days of jury selection because a member of his defense team reported a possible coronavirus exposure.

Under his plea bargain, Papol will serve his sentence in prison rather than at the state hospital, provided he is cleared for release by providers there. Papol has been found competent for trial and remains medicated for a psychiatric disorder.

District Attorney Michael Allen previously said May would remain a contract employee during the duration of the Vialpando case, expected to cover roughly six weeks of trial plus preparation time. May said Wednesday that he has since agreed to waive any fees and will instead volunteer his time for the plea agreement and the coming sentencing.