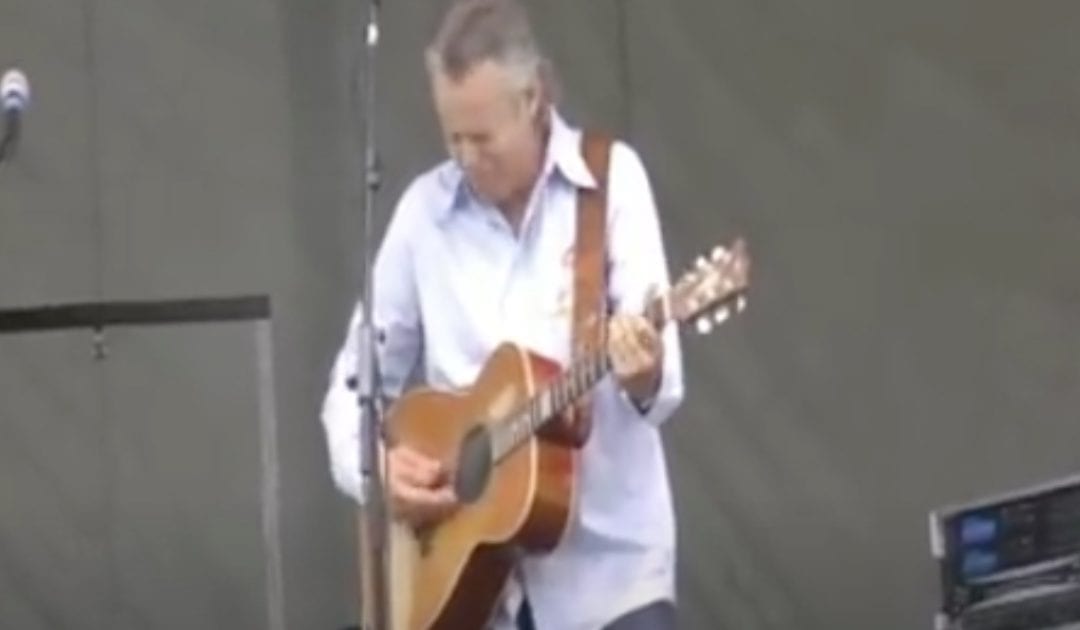 Some people are born with extraordinary talents.

Tommy Emmanuel is a famous Australian guitarist who gained his name from his one-of-a-kind fingerstyle guitar, fantastic live shows, and ability to double his guitar as a percussion instrument. The talented blues musician stunned this crowd in Colorado by putting on a spectacular performance that had them mesmerized.

Tommy Emmanuel is known for laying down the rhythm and playing beautiful riffs all while singing at the same time. He started his journey into music at just four years old when his dad brought home an electric guitar to study how it worked.

In this video, Emmanuel shows us exactly why he’s known as one of the best guitarists in the world.

Right from the start, the expert guitarist lets off a flurry of complex notes. Tommy goes off on his guitar, sliding his fingers up and down the strings at an unbelievable pace.

Getting this good at the guitar is not an easy thing to do—it takes a lot of time and fierce dedication, which Tommy obviously has.

His 12-bar blues style entrances everyone watching, and they can’t help but cheer as he rips it up.

Tommy is no stranger to captivating audiences around the world.

His YouTube channel has 612,000 subscribers and is full of jaw-dropping performances that almost all go massively viral.

It’s like he’s hypnotized by the music as he thrashes around on stage in a trance-like state.

The gifted guitarist puts it all on the line in this show-stopping display of musical genius—it’s hard to even keep up with his fast-paced fingerstyle.

Since the pandemic put a halt on in-person live-shows, Tommy has been doing live-shows through streaming for the month of August and will attempt to start performing live again by October.

Tommy continues to play chord after chord, nearly lighting a fire with his guitar strings.

Energy like this only comes around once in a lifetime, and there are very few musicians in the world that have mastered their instruments like Tommy Emmanuele.

As he gets toward the end of the performance, the mind-boggling artist takes it to another level for the grand finale. See if you can keep up with his fingers, we know we can’t!

When he finishes the six and a half minute performance, cheers erupt from the impressed onlookers in Copper Mountain, Colorado. Tommy really knows his way around his guitar, which is probably why he’s such a famous guitarist.

People all over the internet were shocked by his insane skills, that’s no surprise since his YouTube channel has over 122 million views alone. Who knows how many views he’d have if you added all the other people that have posted him, but I’m sure it would be a ton.

This performance has been viewed almost 3.3 million times with 18,000 that have also liked it

Thousands of people also left comments for the outstanding musician, with many YouTube users who couldn’t believe the level of talent he played with.

Tommy Emmanuel is one of the best guitarists you’ll ever see!

His ability to multitask sets him apart from the rest and has him right up there with the best of all time.

Join your friends or be the first to like our page