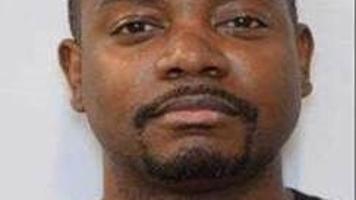 A man accused of shooting and killing two people during a workplace meeting at a Colorado Springs Elks Lodge then fleeing to Florida made his first appearance in court Tuesday morning.

Lamar Taylor, the suspected gunman in the September Elks Lodge shooting that left two of the facility’s managers dead, was ordered held without bail. On Sept. 17, U.S. Marshals and Miami-Dade police officers arrested Taylor, 43 in a Miami suburb. Authorities then extradited Taylor back to Colorado Springs and booked him into the El Paso County jail on suspcion of murder.

On Tuesday, Taylor, who’s been assigned public defenders to represent him. The judge set a set a December hearing to determine whether  prosecutors have brought enough evidence against Taylor to take him to trial.

Prosecutors have charged Taylor with murder in the Sept. 9 shooting that left Elks Lodge managers Kevin Patterson, 62, and James Love, 58.

Police identified Taylor, according to arrest warrant papers, by matching video surveillance from within the inn to photos and descriptions listed for Taylor in Colorado Department of Revenue databases. They also said that one of the business’ employees had reviewed the footage and identified Taylor as the shooter.

At the time of the shooting, witnesses told police, Taylor and the two managers had been holding a meeting to settle their differences after Patterson and Love had taken a sign advertising Taylor’s catering business, Union Cuisine, down from the building all three shared for their businesses.

Police alleged that at some point during the meeting, Taylor shouted something and then pulled out a small-caliber pistol, which he used to gun down Patterson and Taylor in the kitchen. After killing the two, police said Taylor grabbed a shotgun from his SUV parked nearby and shot at others around the lodge.

In addition to being charged with the first-degree murders of Patterson and Love, Taylor’s also facing four other counts of attempted first-degree murder after the angry shooting spree outside the Elks Lodge. While he waits for his trial to go forward, he’s being held at the El Paso County jail with no bond.