Man killed 6, self at Colorado party after not being invited 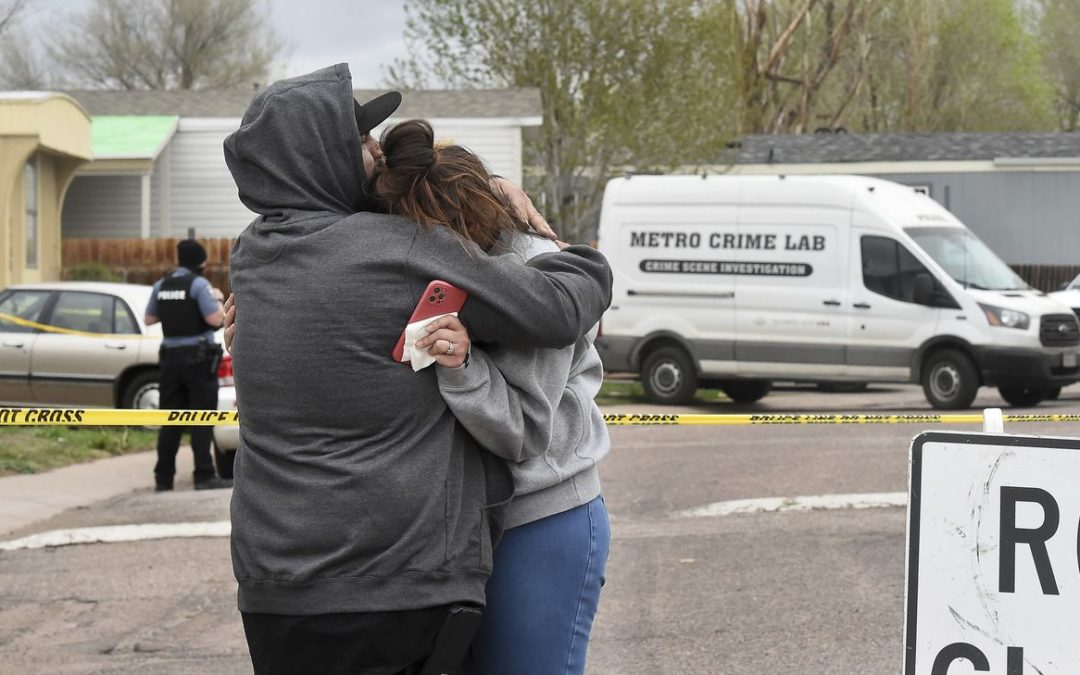 COLORADO SPRINGS, Colo. (AP) — A man who fatally shot six people at a Colorado birthday party before killing himself was upset after not being invited to the weekend gathering thrown by his girlfriend’s family, police said Tuesday, calling the shooting an act of domestic violence.

The shooter, 28-year-old Teodoro Macias, had been in a relationship with one of the victims, 28-year-old Sandra Ibarra, for about a year and had history of controlling and jealous behavior, Colorado Springs police Lt. Joe Frabbiele said at a news conference. Police said there were no reported incidents of domestic violence during the relationship and that the shooter didn’t have a criminal history. No protective orders were in place.

“At the core of this horrific act is domestic violence,” Police Chief Vince Niski said, adding that the gunman had “displayed power and control issues” in the relationship. About a week before the shooting, there was another family gathering where there “was some sort of conflict” between the family and Macias, Niski said.

Investigators don’t know yet how the shooter got the weapon, which Frabbiele described as a Smith & Wesson handgun. He said it was originally purchased by someone else in 2014 at local gun store but was not reported stolen. The gunman had two 15-round magazines, one of which was empty, and police recovered 17 spent shells at the scene.

“In Colorado, we’ve had domestic terrorism incidents where lots of people were killed, we’ve had random acts like going into a King Soopers or a movie theater, but let’s not forget about the lethality of domestic violence,” Colorado Springs Mayor John Suthers said.

He was referring to a March 22 attack on a King Soopers supermarket in Boulder, Colorado, that killed 10 people, including a police officer, and a 2012 shooting at a movie theater in the Denver suburb of Aurora that killed 12 and injured 70.

Before the Colorado Springs shooting, a database compiled by The Associated Press, USA Today and Northeastern University showed there had been at least 11 mass shootings since Jan. 1, compared with just two public mass shootings in 2020.

Other bills advancing through the Democratic-led Legislature would tighten background checks, allow municipalities greater freedom to adopt gun control laws that are stricter than state law, and require a person facing a protection order related to domestic violence to report what firearms they possess.