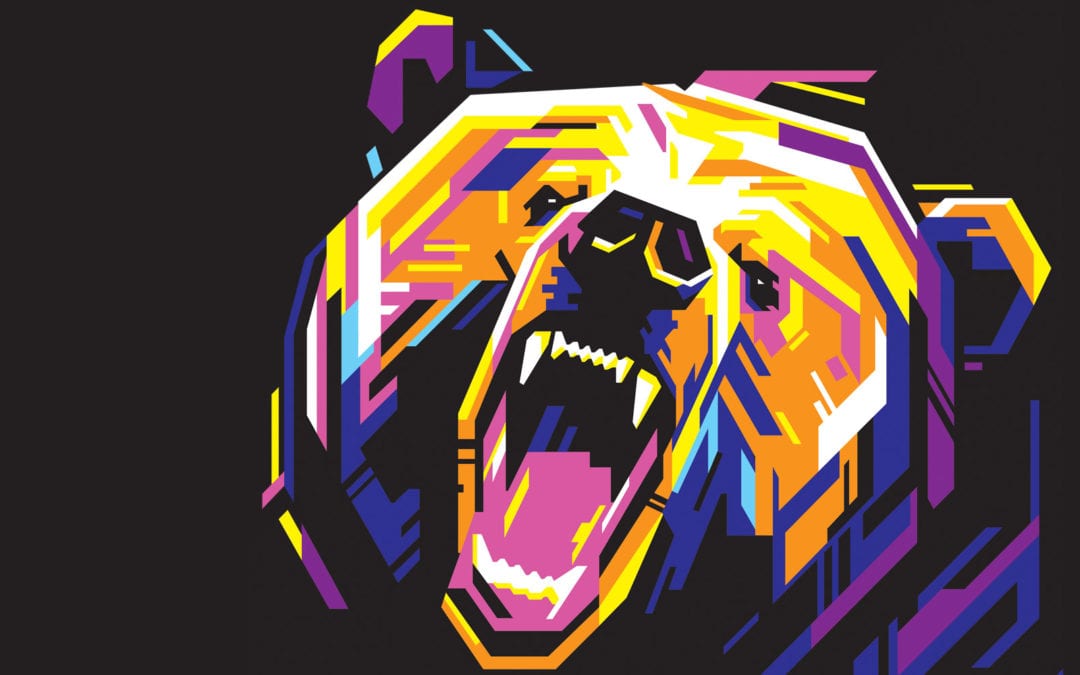 After almost a decade of federally funded bounty programs, grizzly bears were officially declared “extirpated” in Colorado in 1951. So when Ed Wiseman was attacked and mauled by a grizzly in 1979 in the San Juan Wilderness in southwestern Colorado, people were stunned — not least, Wiseman himself.

A bow hunting outfitter at the time, Wiseman was out stalking elk. He was walking through the woods when he says he heard a rustle and looked up to witness a 400-pound, snarling grizzly bear, 30 yards away and bearing down on him in a full charge.

“I knew what a grizzly bear looked like,” Wiseman told Denver CBS local news in 2012. “And when this bear was coming at me I knew by the hump in the back and the broadness and flatness of the head.”

He raised his bow to shoot but was knocked to the ground before he could draw and the bear was on top of him. It grabbed his right leg in its massive jaws and started whipping him around like a rag doll. Wiseman recalls hearing his flesh ripping apart. He curled into a ball, trying to play dead, but he knew that if he didn’t do something soon it wouldn’t be an act for much longer.

That’s when he saw the arrow lying on the ground. He grabbed it — his last chance — and thrust it upwards as hard as he could, directly into the bear’s jugular artery and then again, into its heart.

Wiseman survived the attack, though the grizzly was not so lucky.

As far as anyone knows or suspects, that was the last grizzly bear living in Colorado. Since then, black bears have been the only member of the Ursus genus roaming Colorado’s wildernesses.

The Center for Biological Diversity (CBD) hopes to change that, though. In June 2019, the nonprofit conservancy organization filed a lawsuit against the Trump administration to expand and update the federal grizzly bear recovery plan. First drafted back in 1993, it hasn’t been updated with new science or data on grizzlies since. And the CBD says it’s time for that to change.

“The last mention by the Fish and Wildlife Service that we saw of this was in their 2011 status report. In there, they say that they should be looking at other areas for re-introduction,” says Andrea Zaccardi, senior attorney for CBD. “Colorado was mentioned with several other states and that was the last we saw of the Fish and Wildlife Service acknowledging or taking steps that would recover grizzly bears.”

In December, a federal judge in Montana signed an order resolving that claim, requiring the United States Fish and Wildlife Service (USFWS) to review the status of grizzly bears by March 2021.

Historically, the range these massive creatures occupied stretched from California out to the Great Plains, from Alaska all the way down to Mexico (where you might still hear rumors of el oso plateado floating around rural cantinas). Today the grizzly exists in just 5% of its historic range, according to Zaccardi.

“Scientists estimate that there used to be approximately 50,000 grizzly bears in the lower 48,” Zaccardi says. “Now, we’re looking at about just over 2,000.”

A USFWS report on grizzly bears’ historic ranges concluded that “abundant habitat” for grizzly bears remains in Colorado’s San Juan Mountains — a roughly 5,746-square-mile area in the southwestern part of the state. An area, the CBD argues, where grizzlies no longer exist because of an aggressive bounty program funded by the feds in the 1940s and ’50s.

It’s an argument with deep parallels to the argument surrounding wolf recovery in Colorado. And, perhaps not surprisingly, much of the science that’s used to justify and support grizzly recovery is the same used by pro-wolf advocates in the state.

It’s the keystone predator theory — predators like bears and wolves have a cascading trophic effect across any ecosystem they exist within. They prey upon the weakest individuals in a herd; the sick and the elderly, putting a healthy pressure on herbivore populations. That allows for healthy plant generation, which provides shade, shelter and food for smaller animals; and shade keeps water cool, protecting fish populations and preventing evaporation.

Zaccardi points to one paper, published in the journal Biological Conservation, in which Oregon State University researchers evaluated historical records from five different national parks, tracking populations of predators and their prey (like deer, sheep, moose and elk) and the health of the local fauna. They concluded that “the absence of large predators not only can alter the structure, composition and function of native plant communities, but also how these communities respond to disturbance regimes.”

The paper ends with an emphasis on a national need to ecologically recover “herbivore-impacted ecosystems” across the U.S.

“Grizzly bears also eat a lot of insects and roots and tree seeds,” Zaccardi says, adding that the bears spread them through their feces. “So grizzly bears really help to promote healthy plant generation too.”

Of course, the counterarguments against the recovery of grizzlies in Colorado aren’t unfamiliar, either: ranchers would be devastated, hunters would be competing against grizzlies for elk and deer, outfitters would be out of work and people’s pets would be at much greater risk of attack, even right in their backyards.

There’s one notable difference from the wolf debate, however: Grizzly bear attacks in nature are far more common and more dangerous than wolf attacks. In North America, there have only been two verified, fatal wild wolf attacks in the last 75 years. Comparatively, bears have killed 48 people in North America since 2000, according to data collected by KTUU in Alaska.

Grizzly bears didn’t earn the Latin name Ursus arctos horribilis for nothing. These bears are always grumpy, says Scott Rockholm, a native of rural Idaho and organizer of Anti-Wolf Colorado, a group of Westerners dedicated to preventing wolves from “establishing a foothold in Colorado.”

“As a person who lives among grizzly bears and wolves, I can say it’s miserable,” he says. “I have three daughters growing up. They cannot even ride their bicycles down the driveway by themselves.”

Rockholm has his doubts about the keystone predator theory, despite the professional biology community’s research on the subject, going so far as to call it “absolute garbage science.”

Anecdotally, he describes how grizzly bears decimate the native populations of deer, elk and moose in Idaho. He tells a story about a family of moose that used to winter on his property every year, but which have now been either killed or run off by grizzlies; and another story about how his horses were so badly traumatized by the stress of living with grizzlies they became “un-ridable.”

Plus, he says, Colorado’s wildernesses are far busier than those of Idaho, Montana or Wyoming, where grizzlies still roam free.

“In Colorado, you have much greater numbers of recreationists that go to places, right in the middle of what would be ‘bear country,’” Rockholm says. “You’re going to have conflict right there.”

And, due to decades of grizzly extirpation, Coloradans generally don’t have a very keen sense of bear-safety. It’s why human-bear conflicts are already on the rise in the state: People aren’t handling their garbage carefully, black bears get into it and, over time, some start to have a diminished fear of humans. This rarely ends well for the bear: In 2019 alone, Colorado Parks and Wildlife euthanized 92 black bears.

In places like Montana, Wyoming, Idaho and Alaska, where grizzlies roam free, bear canisters are essential for backpacking or camping trips; campers need to cook their food away from their camp sites; people carry bear spray or hand-guns and make noise as they walk through the woods.

That would have to become the standard in the San Juan Mountains if grizzlies were recovered there — people would have to change their outdoor habits. However, Zaccardi, who also lives in Idaho, thinks that’s a challenge that could be easily overcome.

“I think that with the right education in place before re-introduction, people could learn very quickly and easily how to coexist with grizzlies,” she says.

The status report on grizzlies that the Montana federal judge ordered from USFWS isn’t anticipated until March 2021. And even if that does prompt the USFWS to reconsider the recovery of grizzly bears in parts of their historic ranges — even if the CBD’s lawsuit against the Trump administration to expand and update the grizzly bear recovery plan is ultimately successful — it will still be a very long time before grizzly bears are brought back to Colorado.

Unless, of course, the Great Bears venture back on their own — not unlike Colorado’s recently returned wolf pack, which has taken up residence in the northwestern part of the state. Recent eyewitness accounts suggest the pack may already have a wolf pup, proving that sometimes native inhabitants don’t wait around for humans to legislate their homecoming.