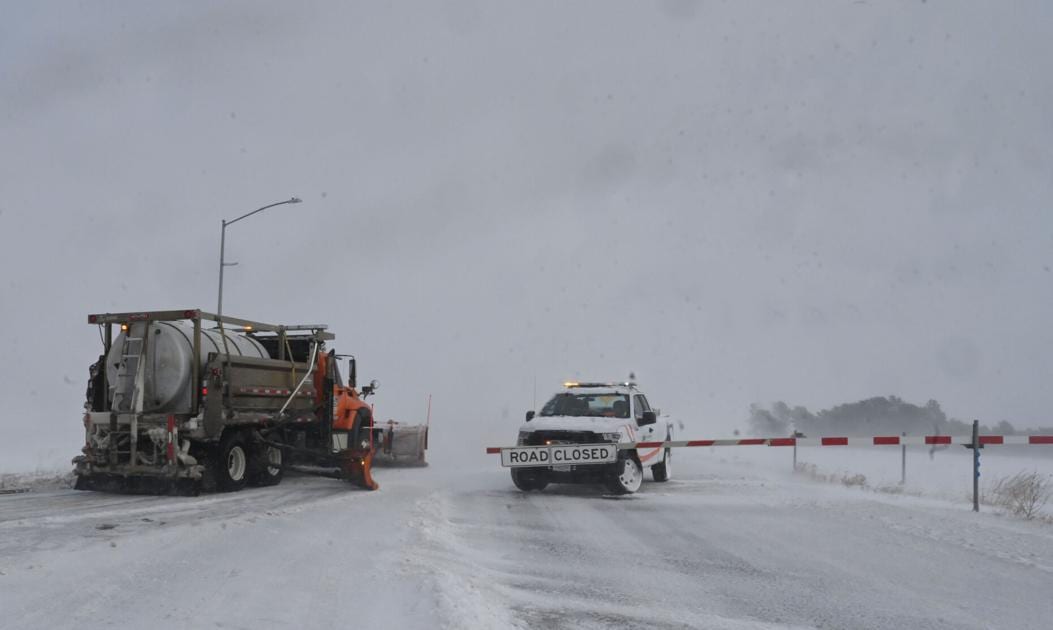 Interstate 25 along the Front Range in Colorado from Interquest Parkway to Castle Rock is closed in both directions due to blowing snow and treacherous driving conditions, according to Colorado State Patrol shortly before noon Sunday.

I-25 is closed from north Colorado Springs to the Plum Creek exit in Castle Rock.

II-25 closed in both directions btwn Plum Creek and Interquest due to winter weather. No alt routes. 83 & 105 closed too. No estimated time of reopening. https://t.co/WqQngv5Z2j

The National Weather Service issued a blizzard warning for the I-25 corridor from the Wyoming state line to the Palmer Divide until midnight.

The service said an additional 2 to 6 inches of snow with gusts as high as 45 mph will create nearly impossible travel conditions.

Highway 24, east of Constitution Ave. in Colorado Springs, is closed on Sunday morning because of blowing snow on Sunday, March 14, 2021. (Photo by Jerilee Bennett, The Gazette)

– Interstate 70 was closed from Limon to Burlington.

– An avalanche has closed Colorado 14 from Ted’s Place north of Fort Collins to Cameron Pass, the Colorado Department of Transportation said.

In Denver, traffic on Interstate 25 was slogging along at an average speed of 37 mph Sunday morning, the CDOT said.